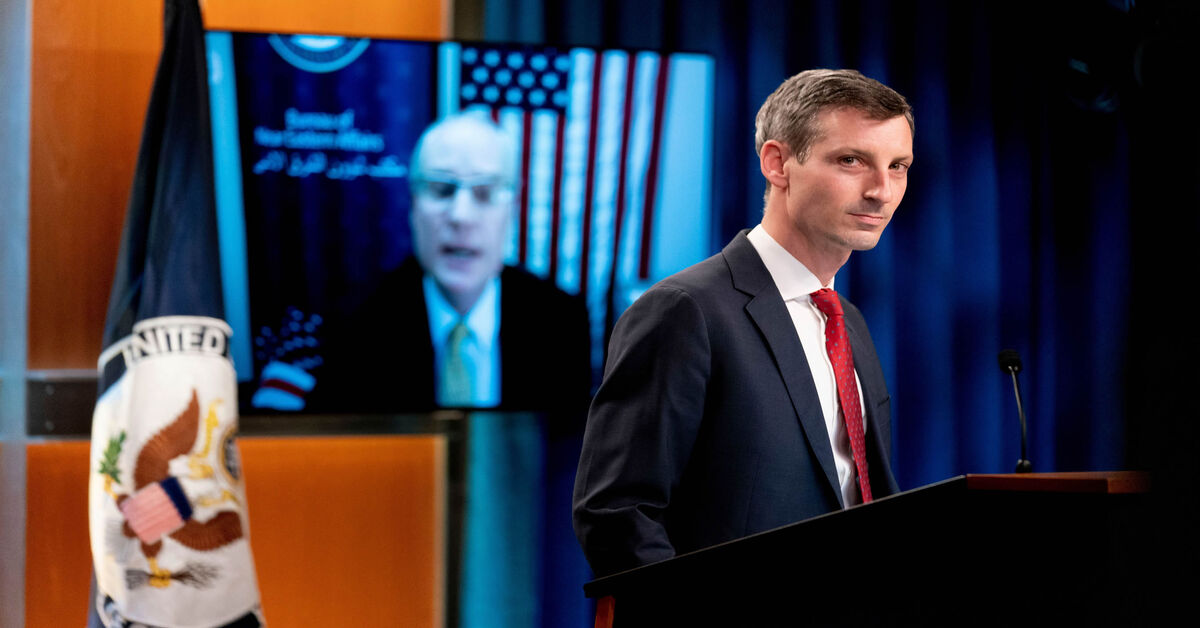 
Peace negotiations between Yemen’s UN-recognized government and the Houthi rebel group have proved futile over the last six years. All efforts aimed at stopping the ruinous strife have not scored any remarkable progress. Hopes arose following the victory of President Joe Biden in the US election in November. Biden has been earnest to help stop the devastating war that has rendered Yemen the abode of the world’s worst humanitarian crisis.

Although nearly four months have gone by since the appointment of US envoy to Yemen Tim Lenderking, the cycle of violence has not waned, and Yemenis fear diplomacy remains ineffective to help mitigate the hostilities.

Some Yemenis reckon that US-led diplomatic efforts will not pay off given the Houthi group’s agenda and ideology. The failure of previous peace talks could be a predictor of what is in store for Lenderking’s peace plans in Yemen.

Khalil Muthanna al-Omary, a political commentator and editor-in-chief of Rai Alyemen news website, told Al-Monitor that the United States could pressure the Yemeni government to act in a specific direction; however, it has failed to pressure the Houthi group to respond positively to the peace proposals.

“We saw the UN envoy being rejected from entering Sanaa. We saw how the Houthi group declined to meet the US envoy and UN envoy in Muscat. And we saw that the group continued its military offensive on Marib province without showing a fraction of mercy to the displacement camps that house thousands of families,” Omary, who is based in Belgium, said.

In 2014, Yemen’s conflict erupted, emanating from political and partisan rivalries. With the Houthis in power now, it has turned to be an ideologically motivated conflict. This matter is a recipe for prolonging mayhem.

Omary added, “The Houthis are part of Iran’s political project in the region. They are also part of an ideological project and believe they are an extension of God to rule and enslave the people.”

Since February, the Houthis have intensified their unrelenting attacks and seek to take over Marib city, the last seat of the government in Yemen’s north. Also, their drone and missile offensives have repeatedly hit airports and fuel infrastructure in Saudi territories.

Omary believes it is hard to negotiate with the Houthis and reach a political solution. The Houthis see the United States as a main partner of Saudi Arabia in the war on Yemen and expect no peace from Washington. Accordingly, they would likely not take any US peace proposal seriously.

Since the start of the Saudi military intervention in Yemen, the Houthis have been saying that the Saudi war in Yemen would end if the United States stops its military assistance to the Saudis. They see America as the center of strategies, while Saudi Arabia is the puppet that takes action. Thus, their confidence in US-sponsored peace is nonexistent.

Mohammed Ali al-Houthi, head of the Supreme Political Council in Sanaa, tweeted May 8, “The statements of America regarding peace in Yemen — in the absence of realistic and practical plans and steps — are a matter of selling illusions and reaping failure. These are the results that are known to everyone.”

On Feb. 23, Lenderking visited Gulf nations, focusing on what the State Department described as “a lasting political solution and humanitarian relief for the Yemeni people.”

On April 29, he began another visit to Saudi Arabia and Oman as part of his continued efforts to search for common ground and find the path to peace in Yemen. The outcome was disheartening as the Houthis have continued to exhibit no trust in the US peace bids.

The Houthi officials have displayed consistent stances concerning their perception of peace talks about ending the war in Yemen. On May 4, Houthi spokesman Mohammed Abdulsalam emphasized that talking about a partial battle, referring to Marib, would not solve the problem but exacerbate it and prolong the war. “Any renewed effort by the UN Security Council will not be achievable unless it first fulfills the interests of Yemen,” he wrote on Twitter.

The Houthi defiance and dissatisfaction have been apparent. This prompted the United States to say that the Houthis will worsen the humanitarian situation by attacking Marib and exacerbating dire conditions for already vulnerable Yemenis.

On May 7, the US Department of State noted, “There is a fair deal on the table that will bring immediate relief to Yemeni people. The Houthis passed up a major opportunity to demonstrate their commitment to peace and to make progress on this proposal by refusing to meet with UN Special Envoy Griffiths in Muscat.”

The hope in the success of peace talks with the Iran-backed Houthi group is uncertain. The yearslong Yemen-related negotiations have not succeeded in reaching a serious truce that could last even days, let alone permanently end the deep-rooted hostility between the Houthis and their political opponents.

“The Houthis do not believe in democracy, the peaceful transfer of power and dialogue. The Americans need to revisit the Houthi ideology as they did with other militant groups such as the Taliban, Islamic State and Boko Haram,” said Omary.

Myanmar: The February Coup and the Rohingya Genocide