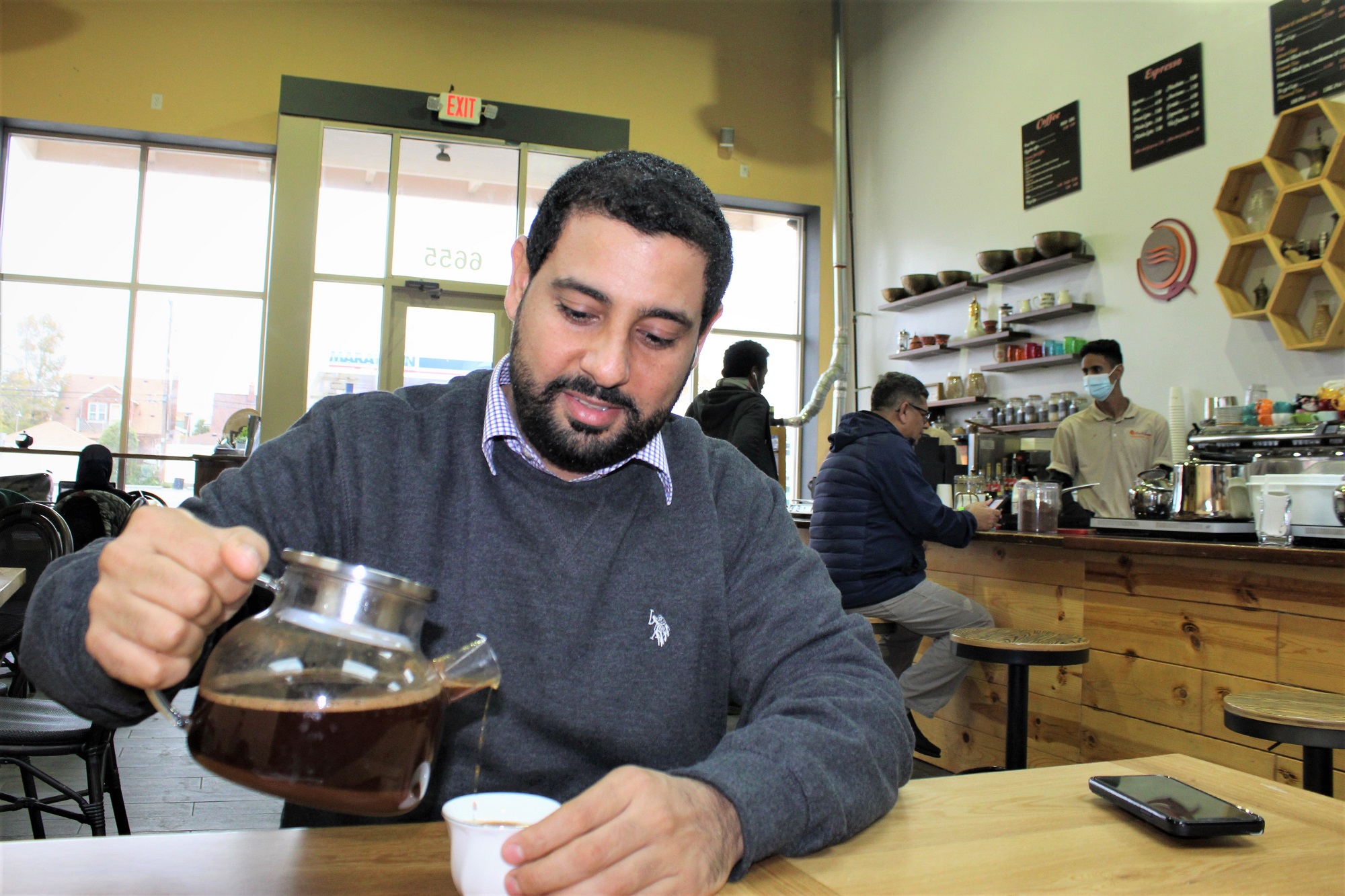 Encouraged by the would-be president’s remarks rebuking Riyadh at the time, he thought the reality TV star and business tycoon would bring an outsider’s perspective to foreign policy to help end the conflict in his homeland.

Southeast Michigan is home to a large Yemeni community that has been growing in size and influence over recent years. Alward, who lives in Dearborn – known as the capital of Arab America – said there appears to be a “consensus” on the candidates among Yemeni Americans.

‘Trump hurt the reputation of Muslims generally and Yemenis in particular. It cast a cloud of suspicion over our community’

Support for the Democrats was also high in 2016, when the community overwhelmingly voted for Hillary Clinton. But this year, turnout is expected to be much higher.

The war in their homeland, Trump’s “Muslim ban” and a host of domestic issues are driving Yemeni Americans to heavily favour the Democrats.

The Saudi bombing campaign in Yemen started in 2015 under the administration of Barack Obama, in which Biden served as vice-president. But the Democratic candidate has pledged that he would end US assistance for Riyadh’s war efforts.

“They helped legitimise the war,” Alward said of the Democrats. “But we hope that Biden stays true to his word and ends US support for the Saudi-led coalition. That would benefit all Yemenis, no matter which side they are on. The Yemeni people, it is in their interest to end this war.”

Alward, sipping on Sanani coffee at Dearborn’s Qahwa House, a Yemeni cafe, called on the former vice-president to commit to reopening the Sanaa airport for commercial flights – a step he said would alleviate people’s suffering.

The Saudi-led coalition, which controls Yemen’s airspace, imposed a blockade on the airport in 2016 and has bombed it repeatedly since 2015.

Saudi Arabia and its Emirati allies have been fighting to push back against the impoverished country’s Houthi rebels, an armed group accused by Riyadh of being an Iranian proxy. But after more than five years of fighting and the deaths of more than 100,000 people, the conflict has been at a standstill with the rebels firmly in control of the capital, Sanaa.

In Washington, Riyadh’s critics have been outraged at the disastrous humanitarian situation. Last year, Congress passed a Democratic-led resolution to halt US assistance to Saudi military operations in Yemen, but Trump vetoed the measure.

Throughout his presidential campaign, Biden has criticised Saudi Arabia, vowing to reassess ties with the kingdom. But beyond vowing to end support for the Saudi-led coalition, policy details on how a Biden administration would handle the complex conflict are scarce.

Alward, however, said that US pressure to stop Riyadh’s bombing campaign would be a crucial step towards peace in the war-torn country.

Trump has been a steadfast ally of the kingdom’s rulers, blocking congressional measures to curb arm sales to Riyadh and leaping to Saudi royals’ defence after the murder of Jamal Khashoggi.

“Yemeni Americans want a president and a vice-president who would address the issues facing all Americans, including the coronavirus,” said Ali Baleed Almaklani, a prominent community activist in Dearborn.

“For Yemenis who have ties to their homeland and have families there, stopping the war in Yemen is also a top priority.”

Almaklani called for high voter turnout, saying that activists are using social media and community forums to encourage people to participate in the election.

“A lot of people complain about what is going on in the country, but they don’t vote,” he told MEE. “If you’re a US citizen and you’re not voting, you shouldn’t be criticising the politicians; you should be criticising yourself.”

The Yemeni community in southeast Michigan is concentrated in Detroit and neighbouring towns, including Dearborn and Hamtramck.

With an influx of new immigrants after the start of the war coinciding with the rise of a new generation of leaders and entrepreneurs, the Yemeni American presence in the area is growing in business, politics and activism. 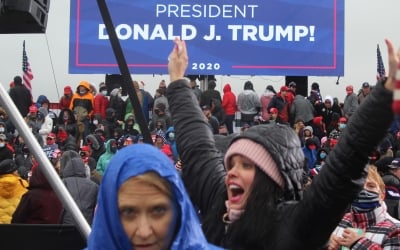 But Trump’s travel ban, which targeted Yemen among other Muslim-majority countries, has “besieged” the community, said Rasheed Alnozili, publisher of the Yemeni American News, a local monthly publication.

“Trump hurt the reputation of Muslims generally and Yemenis in particular. It cast a cloud of suspicion over our community,” Alnozili told MEE.

He said visibly Muslim people, notably women who wear the hijab, dealt with descrimination and bigotry after the ban.

“I call on Biden to appoint a woman who wears the hijab to his administration to undo some of the harm that Trump has caused, and to show that Muslims are part of the fabric of American society,” said Alnozili.

In spite of these challenges, many Yemeni American activists are running in local elections across the region.

In August, Abraham Aiyash, a community organiser, won a crowded Democratic primary race for a State House seat in Hamtramck, the only US city with a Muslim-majority population.

Although he is running in a safe Democratic district, Aiyash’s campaign is still reaching out to voters to increase turnout and get the community involved in the elections. 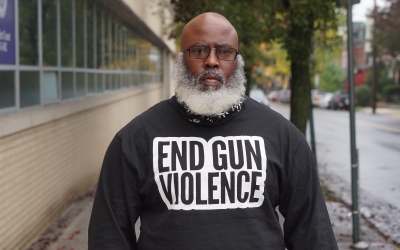 Living in a sea of red: Muslims in Lehigh Valley fear four more years of Trump

“Ultimately, we recognise that we have a responsibility to serve our community… Like any demographic, in any community, we need to have representation, to have a voice that brings the lived experience of Yemeni Americans, that brings inclusion and a diverse perspective into a political process,” Aiyash told MEE.

While acknowledging that the Muslim ban and the war in Yemen are important issues for Yemeni voters, he said the community had other domestic issues that it shares with all Americans.

He said Trump’s “gutting” of the Environmental Protection Agency and efforts to repeal the Affordable Care Act, which expanded healthcare coverage, were major factors that would affect the Yemeni vote.

“Healthcare is going to impact us – education policy, environmental policy, too,” Aiyash said. “Hamtramck, Detroit and Dearborn have the most polluted areas of the state. They [Yemeni Americans] are not fixated only on what’s happening in Yemen. They’re very much invested in what happens in our local communities on these issues.”

Maali Luqman, a 36-year-old educator, is running for a seat on the school board in Dearborn. She said Yemeni Americans in Dearborn were “excited” to have qualified candidates from their own community on the ballot.

“There’s a big sense of pride,” she said. “And I think it comes from the fact that for so long, we’ve been marginalised, judged and put down.”

Luqman said the Yemeni community had not grown overnight; rather, it has been growing and it is just getting the recognition that it had been denied because of discrimination and stereotypes – sometimes perpetuated by fellow Arab Americans.

“Yemenis are known for being rooted in their faith. And generally speaking that encourages education and personal and spiritual development,” Luqman told MEE. “So it’s progress over time. It’s been there, and it’s just now finally being recognised because you have those of us that are being a little more vocal and stepping up.”

Luqman said the Muslim ban and the war in Yemen were two policy issues that would influence Yemeni Americans’ voting in the presidential race:

“We have to – whether we like it or not – be the voices of the people back home, who don’t have a voice, and try to help them out by making sure that we’re not supporting policies that are allowing bombs to be dropped on them.”

As for the Muslim ban, Luqman said, beyond the effects of Trump’s decree on immigration, the executive order fuelled hate and discrimination at home.

A campaign pitch that Trump repeats at rallies is priding himself on the ban and accusing Biden of wanting to allow immigrants from what the president calls “jihadist countries”.

The school board candidate said Yemeni Americans were dismayed, and they don’t want their community and homeland to be a “pawn” in Trump’s “marketing and propaganda”. 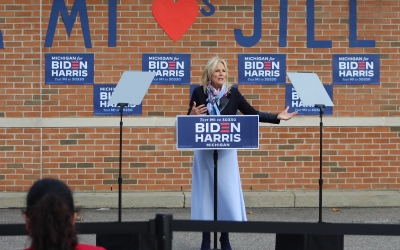 Jill Biden to Arab Americans: Your vote could be the difference

The Yemeni community had come out strongly in support of Bernie Sanders in the primaries, with the senator winning more than 90 percent of the votes in the predominantly Yemeni precincts in Dearborn.

Aiyash, who had endorsed and was endorsed by Sanders, said the senator’s recipe to win the Yemeni and broader Muslim vote was simple.

“If a politician engages our community intentionally, brings us to the table and speaks to our issues, then we’re obviously going to be excited to really support that candidate,” Aiyash said.

“He was one of the first senators to speak out on the war in Yemen. He was actively engaging with our communities all together. It’s something that folks recognise. Anytime any constituency is heard and listened to by an elected official or politician, that constituency will respond positively.”

However, he called on the community to come out strongly for Biden in this “dangerous” moment.

“We all wanted steak for dinner. Now you look at the menu, you have chicken and poison,” Aiyash said, making an analogy about the candidates.

“As much as you don’t want to eat the chicken, you’re going to have to be served one of the two things, so take the chicken and hope for the steak later. But we just cannot allow ourselves to be served the poison. Donald Trump is that poison.”

Allied A2AD in the Black Sea