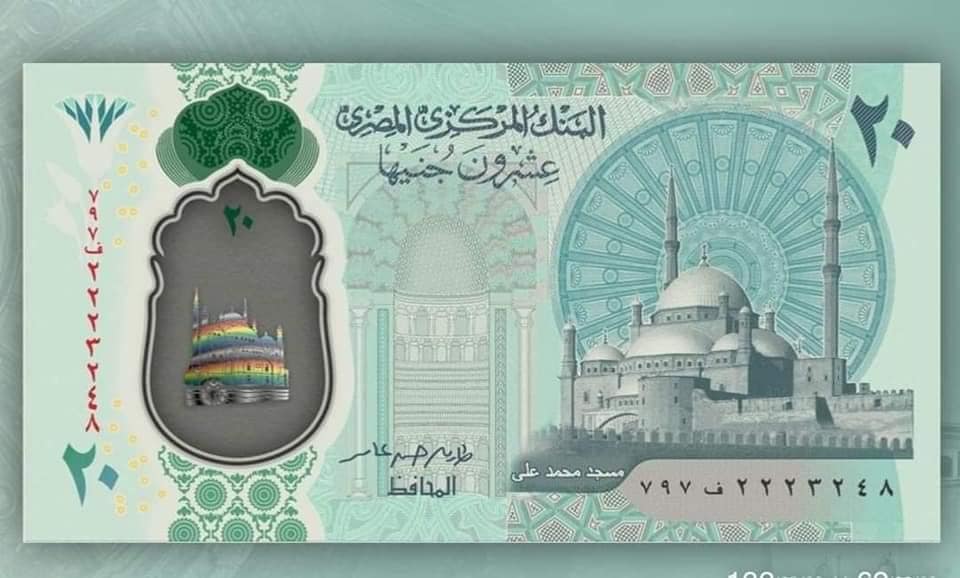 On Saturday, 31st of July, the spokesman of the Egyptian presidency announced that the Central Bank of Egypt (CBE) will introduce plastic money in November of this year. During his meeting with President Abdelfattah Al-Sisi and Prime Minister Dr Mostafa Madbouly, Tarek Amer, Governor of the CBE, reviewed the efforts of the CBE in the banking and monetary system. The meeting also reviewed samples of the new banknotes.

“Coordination is in place with the Secured & Smart Documents Complex to provide advanced raw materials following the latest international standards for new banknotes,” the statement said.

The news that Egypt is planning on introducing plastic money was first introduced last year, prompting Egyptians to debate the benefits, feasibility, and whether it is eco-friendly or not. Since there is a current trend towards replacing plastic with more biodegradable and sustainable products, hearing the words “plastic money” raised a few eyebrows.

However, plastic money, which is water resistant, is considered environmentally-friendly as it has a longer life-span than paper bank notes. Moreover, given the short life-span of paper bank notes, especially in Egypt, it may be more economically feasible as well. Paper bank notes are fragile, deteriorate quickly, can easily get wet and tear, and are a major transmitter of diseases.

In general, polymer banknotes have a lower environmental impact because they are efficient for long-term use, and less raw material will be used overall in comparison with printing paper bank notes. A study by the Bank of England (BoE) stated that polymer banknotes can be recycled as their waste can be transformed into new plastic products.

It is also expected to be more effective in reducing money laundering attempts since polymer banknotes are more difficult to forge.

Plastic banknotes, which are made from polymer, were first used in Australia; where it is now being used for over 20 years. Today, they are used in more than 30 countries, including Chile, Canada, Nigeria, Vietnam, New Zealand, among others.

Owen Jones is a British left-wing newspaper columnist, political commentator, journalist, author, and Labour Party activist. As such, he is on the wrong...
Read more
Arts

Sustainable Brands in Egypt: Supporting the Environment, Community, and Beyond

Sustainable Brands in Egypt: Supporting the Environment, Community, and Beyond The artisans of Markaz. Photo credit: MarkazGrowing awareness about sustainability has prompted many shoppers...
Read more

Things Were Going to Be So Much Better