When Terrorists and Criminals Govern Better Than Governments 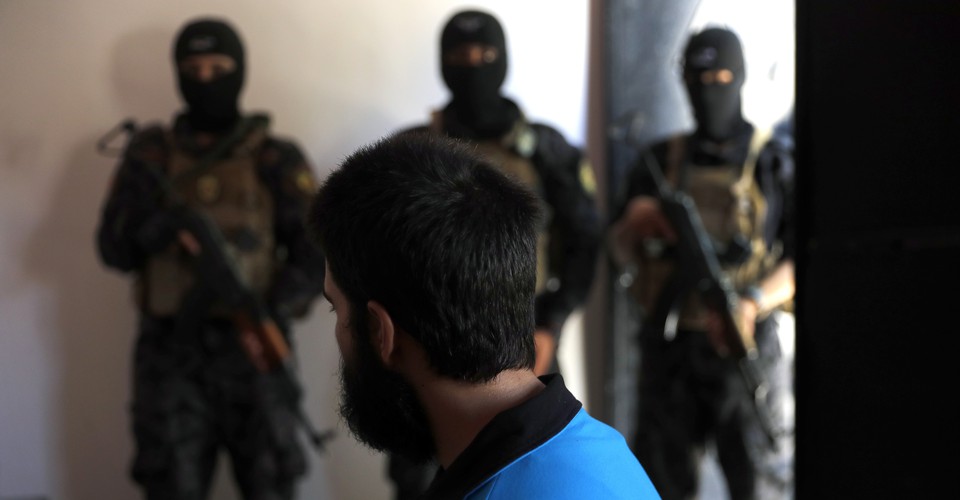 
The Colombian peace process that began in 2010—featuring the once-avowedly Marxist FARC—reflects the general trend toward addressing ideological differences within state institutions that began with the democratic transitions of the 1970s and 1980s. The decline of religious politics coupled with the integration of socialist ideology into mainstream politics has had major implications for violent conflict: Today, armed groups have virtually no alternative popular ideologies upon which to credibly draw.

The closest substitute, which does not quite rise to the level of ideology in the traditional sense, is loyalty toward a gang, militia, or criminal organization, offering an alternative basis for social solidarity. For its part, the United States, since the end of the Cold War, has helped reduce ideological tensions by choosing not to intervene directly, by and large, in the region.

But even in the absence of clear ideological and religious motivations, some nonstate actors still play important governance roles across Latin America. Where state presence is weak, this is inevitable. But even where states are not weak, governments may simply decide that the cost of establishing a state presence outweighs the benefits. Even wealthy countries like the United States, Germany, and France lack full control in pockets of territory—inner cities, refugee camps, migrant communities, or banlieues. Alienated minority communities may be reluctant to cooperate with authorities, increasing the cost of maintaining a state presence. But just because the state isn’t interested in providing governance doesn’t mean no one will.

Which leads us back to a basic theme: People seek out governance from whoever can deliver it, and if the state cannot, they’ll find somebody else to do the job. In the Middle East and Asia, religion and ideology matter, but, beyond making a concerted effort to understand how Islam influences politics, there’s little the United States can do to influence Islam’s evolution (it’s challenging enough for Muslim countries). What it can do is focus on the things it does know about and the things it can influence—and perhaps even change.

To put it more simply, its governing ideology aside, the Islamic State would not have been able to govern large swathes of Syria and Iraq if there had been a legitimate, responsive state there already governing. Within the broad category of “governance,” there is a common thread that sticks out across regions, religions, and cultures: the demand for justice, even if it is of the “rough and ready” variety. Order and security are what residents demand most, at least at first. Even when local orders are brutal, they can offer the swift and predictable dispute resolution that populations seek.

In Afghanistan, conflicts over land and water and tribal feuds have escalated after the end of the Taliban regime as a result of weak institutional rule and power usurpation. The post-Taliban formal courts have not been able to stop or resolve such conflicts. Worse, the courts became corrupt and themselves a tool of land expropriation, something that worsened during the presidency of Hamid Karzai. The Taliban has moved to fill the gap by providing free mediation of tribal, criminal, and personal disputes. Afghans report a great degree of satisfaction with Taliban verdicts, unlike those of the official justice system, where petitioners often have to pay considerable bribes.