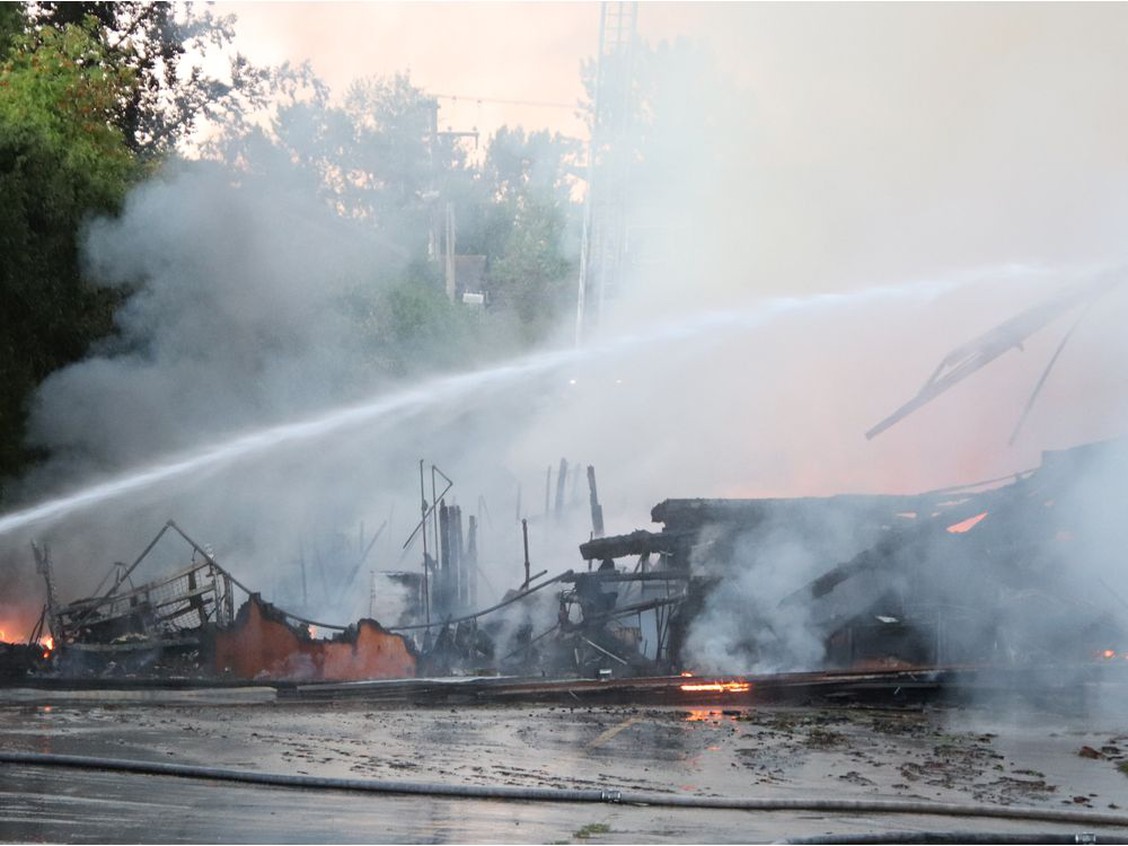 The cause of the fire, which started around 3:30AM on Monday 19 July, is being investigated by Canadian police. A week prior to the fire, Canadian security authorities had been notified of an attempted attack on the same church, according to a statement by the Coptic Orthodox Bishops of North America. Camera footage captured an attempted arson attack on Wednesday 14 July, just days before the devastating fire that ultimately destroyed the church.

In the first arson attempt, surveillance camera footage showed that at approximately 2:30 am on July 14, a woman approached the church door and lit items on fire.

Breaking: Police have confirmed that there was an arson attempt last week at St. George Coptic Orthodox Church in Surrey, British Columbia. The Church was destroyed by a fire early this morning. pic.twitter.com/2CIDNGLnHz

In an official statement by Bishop Mina, Bishop of the Coptic Orthodox Diocese in Mississauga, Vancouver, and Western Canada, the St.George Coptic Orthodox Church called on John Horgan, Premier of British Columbia, and local authorities to “immediately and expeditiously conclude this investigation”. Nevertheless, the statement concluded by stressing that the church will “always be open for all and continue to be a beacon of light and hope for all in (our) community”.

“It was the first thing our community woke up to: the news of our church being burnt to ashes. I couldn’t believe my eyes when I saw the ruins. Just two weeks ago, COVID restrictions were eased and our church was beautifully decorated to welcome back the congregants, and children were thrilled to start their summer activities. It has been incredibly difficult to process what happened,” said Holy Hany, an undergraduate student at University of British Columbia.

Eight years ago, Hany moved and started a new life in Canada with her family. Since then, she has considered this church “home”. “Church is a place where we freely practice our faith, but also a place for us to learn about our culture, speak in our mother tongue and share a meal,” she explained.

Community members have been mourning the loss of their beloved church and all its belongings.

Despite everything, Hany was proud to see her community stay strong. “Witnessing the courage and strength of our congregation, standing together and singing hymns at the site of the church, has been humbling and inspiring,” she said.

“For Orthodox Christians, church is not only a building that we visit, but rather a part of our identity. It is a place where God meets with the people to inspire and comfort them. It is the sanctuary where we celebrate our faith, heritage, history, and community. No one has the right to take this away from us,” said Father Pishoy Salama, Parish priest at St. Maurice & St. Verena Coptic Orthodox Church in Markham, Ontario, Canada, in a heartfelt Instagram post on his official account.

Nearly five churches in British Columbia have been burnt down in the past month. Although authorities currently have no information confirming that these incidents are related, police officers and the Surrey Fire Service are treating the incidents as “suspicious”.

The parish, which serves the Coptic Orthodox community from Egypt, Lebanon, Iraq, Ethiopia, Eritrea, and Canada, is currently collecting donations to rebuild the church building here. The church served over 400 families, was involved in multiple community outreach programs, and housed a licensed daycare.

Through the Lens of the Late Photojournalist Mohamed Hegazy

The Potential for Israel–UAE Cooperation