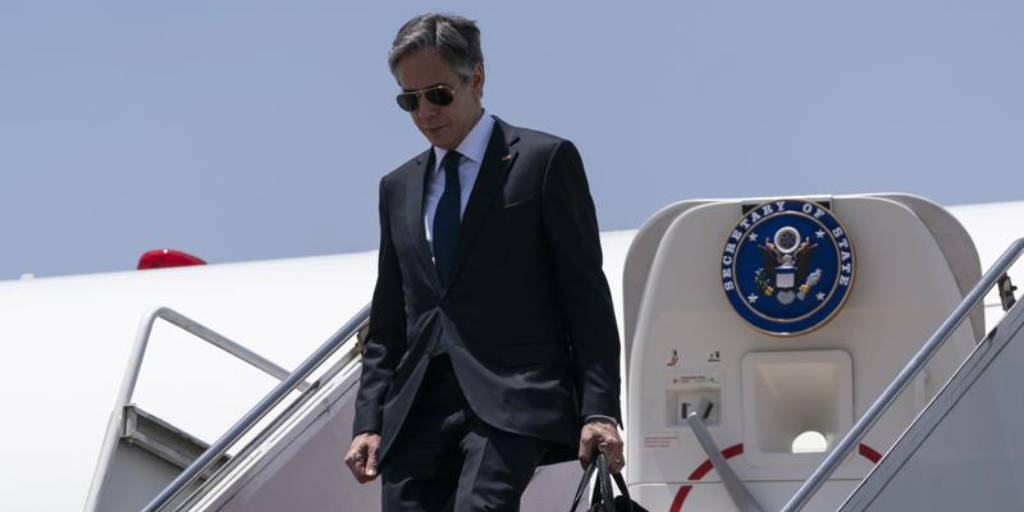 US Secretary of State Antony Blinken arrived in Egypt on Wednesday as part of a diplomatic tour to bolster the ceasefire between Hamas and Israel, which came into effect last week.

In an address to the staff at the US embassy in Cairo, Blinken said that Egypt and the US are working together to let Israelis and Palestinians live together in safety and security, according to Reuters.

“We have had in Egypt a real and effective partner in dealing with the violence, bringing it to a close, relatively quickly. And now, we are working closely together to build something positive,” he stated.

Egypt and Jordan have key roles in restoring calm in the region, according to Blinken, stating last Tuesday that “Egypt played a critical role in helping to broker the ceasefire and Jordan has long been a voice for peace and stability in the region.”

Blinken’s arrival in Egypt follows talks with Palestinian leader Mahmoud Abbas and Israeli Prime Minister Benjamin Netanyahu, which took place on Tuesday. According to AP News, Blinken has pledged to “rally international support” in rebuilding Gaza following extensive damage from Israeli airstrikes and ensuring that no aid reaches Hamas, instead directing support towards the Palestinian Authority.

Blinken pledged an additional $75 million in development and economic aid to the Palestinians in 2021, including $5.5 million in immediate disaster relief for Gaza.

Last Thursday, Israel and Hamas agreed on a ceasefire across the Gaza Strip border after 11 days of violence, the deadliest in years.

Israel’s security cabinet said in a statement that it had voted unanimously in favor of a “mutual and unconditional” truce starting Friday the 21st of May as proposed by Egyptian mediators. As part of Egypt’s efforts to maintain the ceasefire, President Sisi is also expected to send a security delegation to Gaza and Israel.

President Sisi wrote on Twitter that he exchanged phone calls with US President Joe Biden to deescalate the ongoing conflict between Israel and Hamas, adding that he appreciates Biden’s role for the success of the Egyptian ceasefire initiative.

Palestinian health authorities have reported that at least 254 people have been killed in Gaza and over 1900 wounded in the recent escalation of violence, whilst 13 have died in Israel.

From Cairo with Love: My Fabricated Coming of Age