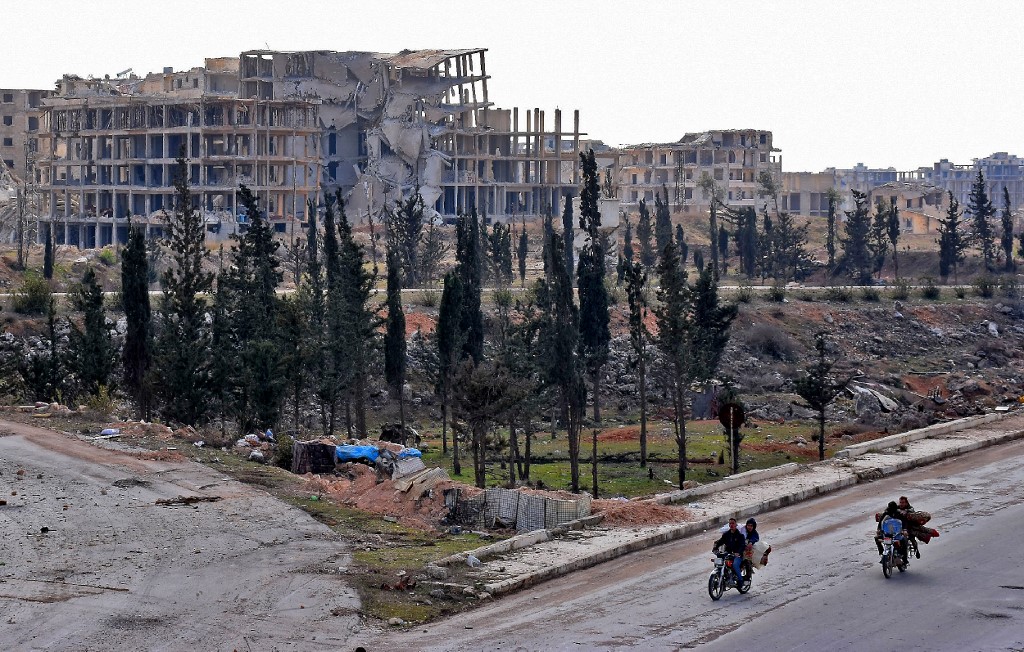 
A UN rights expert has called on the United States to reverse its sanctions on Syria, saying the designations are impeding the country’s ability to reconstruct civilian infrastructure and deterring foreign aid groups from helping the country recover from its decade-long civil war.

“The sanctions violate the human rights of the Syrian people, whose country has been destroyed by almost 10 years of ongoing conflict,” Alena Douhan, UN special rapporteur on the negative impact of the unilateral coercive measures, said in a statement on Tuesday.

“The conflict and violence have already had a dire impact on the ability of the Syrian people to realise their fundamental rights, having extensively damaged houses, medical units, schools, and other facilities.

“What particularly alarms me is the way the Caesar Act runs roughshod over human rights, including the Syrian people’s rights to housing, health, and an adequate standard of living and development.”

What’s the Caesar Act and how will new US sanctions impact Syria?

The US began blacklisting Syrian individuals and entities tied to Syrian President Bashar al-Assad and his government in June under the Caesar Act, which aims to deter “bad actors who continue to aid and finance the Assad regime’s atrocities against the Syrian people while simply enriching themselves”.

Last week, in the latest round of sanctions, Washington targeted Assad’s wife Asma again, along with immediate members of her London-based family.

Douhan said the Caesar Act brought up concerns that the sanctions might “exacerbate the already dire humanitarian situation in Syria”.

“When it announced the first sanctions under the Caesar Act in June 2020, the United States said it did not intend for them to harm the Syrian population,” she said.

“Yet enforcement of the Act may worsen the existing humanitarian crisis, depriving the Syrian people of the chance to rebuild their basic infrastructure.”

While Assad’s forces have largely quelled a popular rebellion that began in 2011, Syria’s economy has gone into freefall, with a near-collapse of the Syrian pound and mass unemployment.

The conflict, which broke out in 2011 after the brutal suppression of anti-government protests, has killed more than 380,000 people and displaced millions from their homes.

Endless rounds of UN-backed peace talks have failed to stem the bloodshed and in recent years have been largely overtaken by a parallel negotiations track led by Russia and Turkey.

The UN expert said that in order to combat the economic decline impacting ordinary civilians, humanitarian aid and infrastructure rebuilding projects are necessary.

Douhan said the recent designation of the Syrian Central Bank would create obstacles for such aid to be able to get into the country.

“Impeding access to supplies needed to repair infrastructure damaged by the conflict will have a negative impact on human rights of the Syrian people and may preserve the trauma of the decade-long conflict,” she said.

Others have also criticised sanctions on Syria, including the Humanitarian Aid Relief Trust, which said that both US and EU sanctions have caused “dire humanitarian consequences” for Syrians living in government-controlled areas.

by Gizem Evgin Protests against Turkey’s withdrawal from the Istanbul Convention. Source: Hurriyet Months after President Erdoğan announced that he would be revoking the ratification of...
Read more
Style

An Indo-Abrahamic alliance on the rise: How India, Israel, and the UAE are creating a new transregional order

There is a new and little noticed geostrategic alliance on the...
Read more