US elections 2020: What happens if Donald Trump loses and refuses to concede? 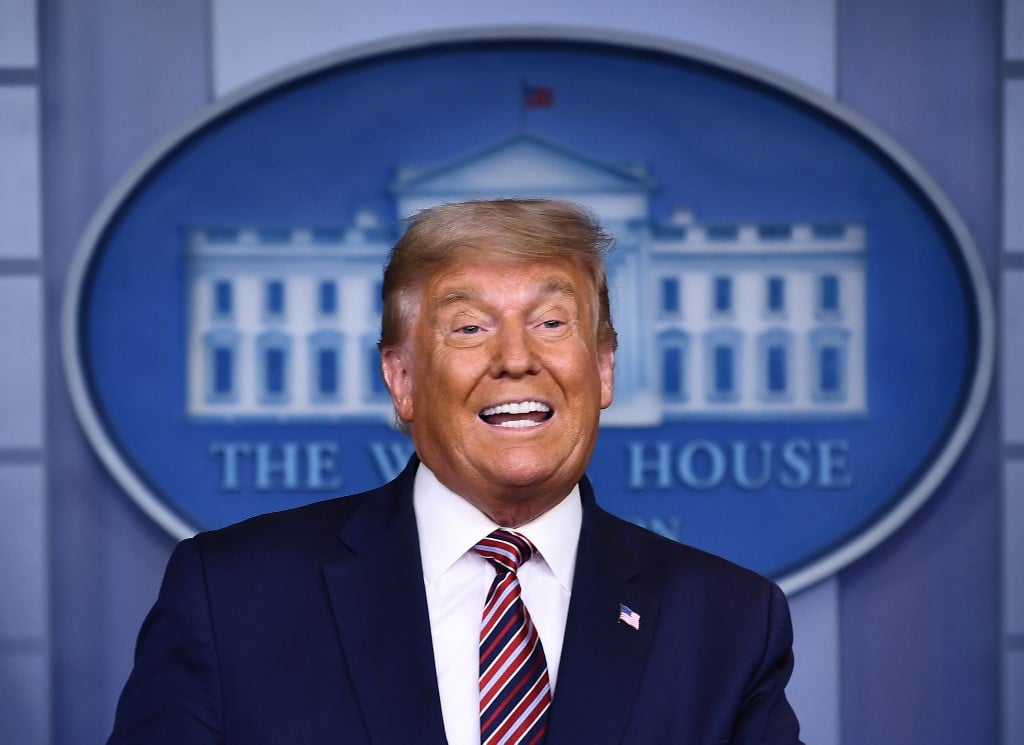 
Democratic presidential candidate Joe Biden is knocking on the doors of the White House, just a few electors shy of the 270 electoral votes needed to secure victory.

But over the past few days, US President Donald Trump has made it clear that he won’t consider a Biden victory legitimate.

It’s unlikely Trump will give Biden a congratulatory or concessionary phone call should he lose, but what happens if he’s declared the loser and refuses to concede defeat?

If the results stand, Biden would be sworn in as president at noon on 20 January 2021. At that point, Trump would become a private citizen with no authority or standing in the White House.

Traditionally, the outgoing president attends his successor’s inauguration on the steps of the US Capitol and is later escorted ceremoniously by the new commander-in-chief to a helicopter that would carry him to a private residence.

Former presidents usually fade into the background of American politics, avoiding public comments in the first few months after leaving office to allow the newly elected administration to lead without distraction.

In the event that there is no confirmed president on inauguration day, House Speaker and Democrat Nancy Pelosi could serve as a caretaker president, according to the Constitution’s succession laws, but she would have to retain her position in Congress first.

In June, Biden said he was “absolutely convinced” that the military would intervene and remove Trump from office if needed. The former vice-president’s campaign reiterated that message on Friday.

“The United States government is perfectly capable of escorting trespassers out of the White House,” said Biden spokesman Andrew Bates.

Still, General Mark Milley, chairman of the Joint Chiefs of Staff, told NPR last month that the military would continue its position of playing no role in politics, and said he trusted US institutions to handle the election’s aftermath.

“This isn’t the first time that someone has suggested that there might be a contested election,” Milley said.

US elections 2020: Biden has ‘no doubt’ he will win as Trump rejects results

“And if there is, it’ll be handled appropriately by the courts and by the US Congress. There’s no role for the US military in determining the outcome of a US election. Zero. There is no role there.”

Kari Schake, expert at the American Enterprise Institute, also dismissed the idea that the military would get involved in a potential transition of presidential power.

“The Constitution provides remedies for a president refusing to leave office,” Schake said in an article for Defence One magazine.

Laurence Tribe, an American legal scholar and professor at Harvard University, said that regardless of what Trump says he will do, his “concession isn’t necessary or even relevant”.

“The law is clear that the Joint Session of the new Congress that convenes on January 6, 2021, counts the Electoral Votes and designates the winner as the president-elect, who takes the oath as the 46th president of the United States at noon on January 20, 2021,” Tribe told Middle East Eye.

“Having been defeated, Trump will have no way to exercise presidential power after that point. Federal law makes it a crime for any private citizen to purport falsely to act as an executive officer.

“That law would apply to Trump, Pompeo, Barr, Mnuchin, DeVoss, and the entire Trump cabinet. Each member’s term ends no later than noon next January 20.”

As it stands, Biden is currently leading in Pennsylvania, Nevada, Georgia, and Arizona, all states that Trump desperately needs to win in order to confirm reelection.

The Republicans have already started legal challenges in several of these key battleground states, while the Democrats have hired hundreds of lawyers to defend themselves if a disputed result ends up at the Supreme Court for a decision.

Trump-led lawsuits to stop the count in Michigan and Georgia have already been dismissed by federal judges.

Election officials have continued to count votes across the country, the normal process on the days following voting.

However, unlike in previous years, states have been contending with an avalanche of mail-in ballots driven by fears of voting in person during the coronavirus pandemic.

At least 103 million people voted early, either by mail or in person, representing 74 percent of the total votes cast in the 2016 presidential election.

Mail-in ballots normally take more time to verify and count. This year, because of the large numbers of mail-in ballots and a close race, results were always expected to take longer.

If Trump could prove that postal voting led to election fraud, he would have legal standing to take the election result to the federal judiciary – all the way to the Supreme Court, which would then decide what to do. But there is no guarantee that courts would agree to even look at the case as it stands.

Even if one state court rules in Trump’s favour, the issue could still be taken to the country’s highest court.

Some Republicans have cast doubt over Trump’s claims, with Senator Pat Toomey of Pennsylvania – who voted for the president – telling CBS on Friday that there was “simply no evidence that anybody has shown me – or anyone else I’m aware of – of any kind of widespread corruption or fraud”.

Ron Stockton, a political science professor at the University of Michigan – Dearborn, told Middle East Eye that, as Trump’s loss becomes more clear, his backers in the Republican Party will begin to step aside and allow for Biden to step into the position of president-elect.

“Once he’s wounded, they’re going to abandon him,” Stockton said.

After eight years as Iran’s president, what is Rouhani’s record on women’s rights?

In 2013, millions of Iranians voted for Hassan Rouhani as president,...
Read more
Magazine

Israeli health officials are studying a “possible link” between the second dose of the Pfizer-BioNTech coronavirus vaccine and heart muscle inflammation among young...
Read more
Magazine

In his statement commemorating the Armenian Remembrance Day on April 24,...
Read more