US elections 2020: Arab Americans stream to the polls to elect a new president 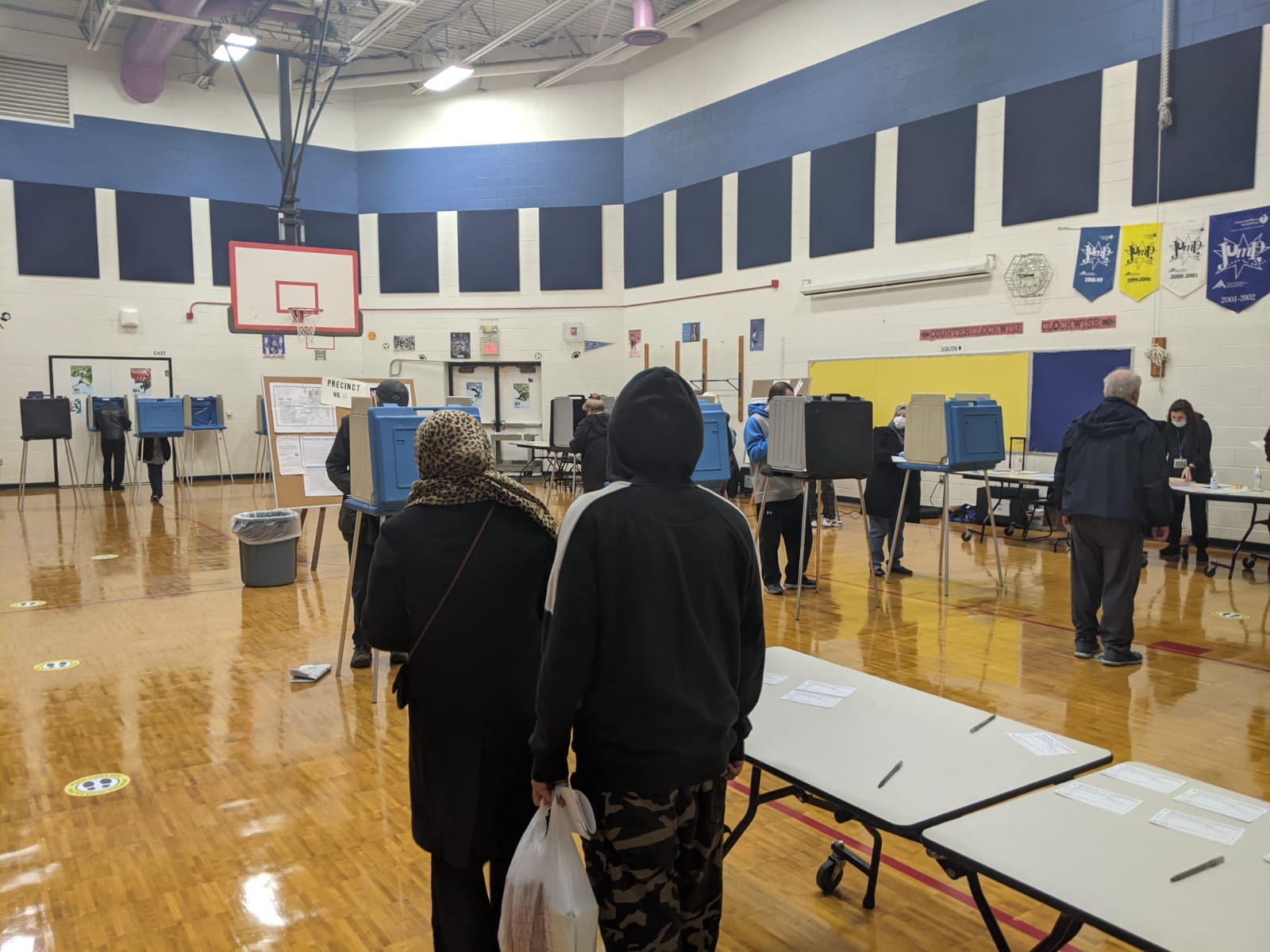 
“I was kind of nervous, but it really felt good.”

That’s how 19-year-old Shadi Mawri described voting in a US presidential election for the first time.

The votes of Mawri and young Arab Americans like him may decide who wins Michigan and subsequently the presidential race on Tuesday – deciding the direction where the United States is heading for years to come.

US elections 2020: Polls open as America votes for Joe Biden or Donald Trump

Standing outside a polling station in Dearborn, a Detroit suburb that is home to large Arab and Muslim communities, Mawri said his biggest concern this election cycle was the deep divisions in American society.

“There’s a lot of division among people. And I feel like we should all be united like within the community and the country as well,” he told MEE.

Arab American activists and local officials have been urging community members to vote, underscoring the harm that another four years of President Donald Trump may do to the country.

Mawri said he voted for Democratic candidate Joe Biden. He said the Trump administration had unleashed a torrent of deadly statements and legislation without thinking about their consequences.

‘We need something new’

Ahmad Said, another young Arab-American voter, said education was his top priority this election. Asked about Trump’s first term, he said: “We need something new.”

“Biden is leaning more towards helping out with school loans and stuff,” he told MEE.

As a candidate in December 2015, Trump had called for a “total and complete shutdown” on Muslims entering the United States.

Hussein Aljabali, a Yemeni-American voter, said the ban made the community a target for bigotry. In the heart of Arab America, voters are anxious as election goes down to wire

“When a president shows hatred towards any type of group, that brings all the people to hate that group,” he told MEE.

Despite the national tensions and local anxiety about possible civil strife, voting was going smoothly across Dearborn early on Tuesday, with short but steady lines at polling locations surveyed by MEE.

The process starts with voters filling out a form stating their name, address and date of birth before receiving their ballots, which contains more than a dozen local and national election races.

Then voters head to a booth where they can privately fill out their ballots, before feeding it into a counting machine.

“Thank you for your service,” one voter told poll workers at the First Presbyterian Church, a precinct on the west side of the city.

Most volunteers outside of polling locations were for local school board candidates.

Mary Lane, a Dearborn School Board trustee who is not up for reelection, was handing out the slate of the Arab American Political Action Committee (AAPAC) – a local lobby.

The group had endorsed Biden for president as well as Democratic Senator Gary Peters for reelection.

Lane, standing in an AAPAC sweater with a mask featuring colourful flowers, told MEE that the past four years have been “devastating” mentally for young people at the schools. 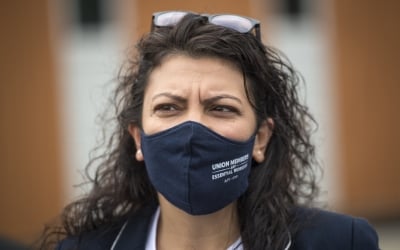 “They’re part of the community. So obviously, they’re going to be affected by the tensions that are affecting all the rest of us,” Lane said.

She said the Trump administration has been “anti-immigrant” – something that children of immigrant backgrounds are aware of.

“Our commitment, as a society, to refugee protection has been gutted. And that commitment is a huge part of American values. The kids knew that. They know that we’re not supporting our immigrants.”

The city is the hometown of Henry Ford, who revolutionised the car industry early in the 1900s. And while it is known as the capital of Arab America, about half of its population is white. In 2016, Trump received more than 12,000 votes in Dearborn – a year after he pledged to ban all Muslims from entering the United States.

Lane said she worries that the polarised political climate may cause divisions within the Dearborn community.

Why Turkey is wooing Egypt