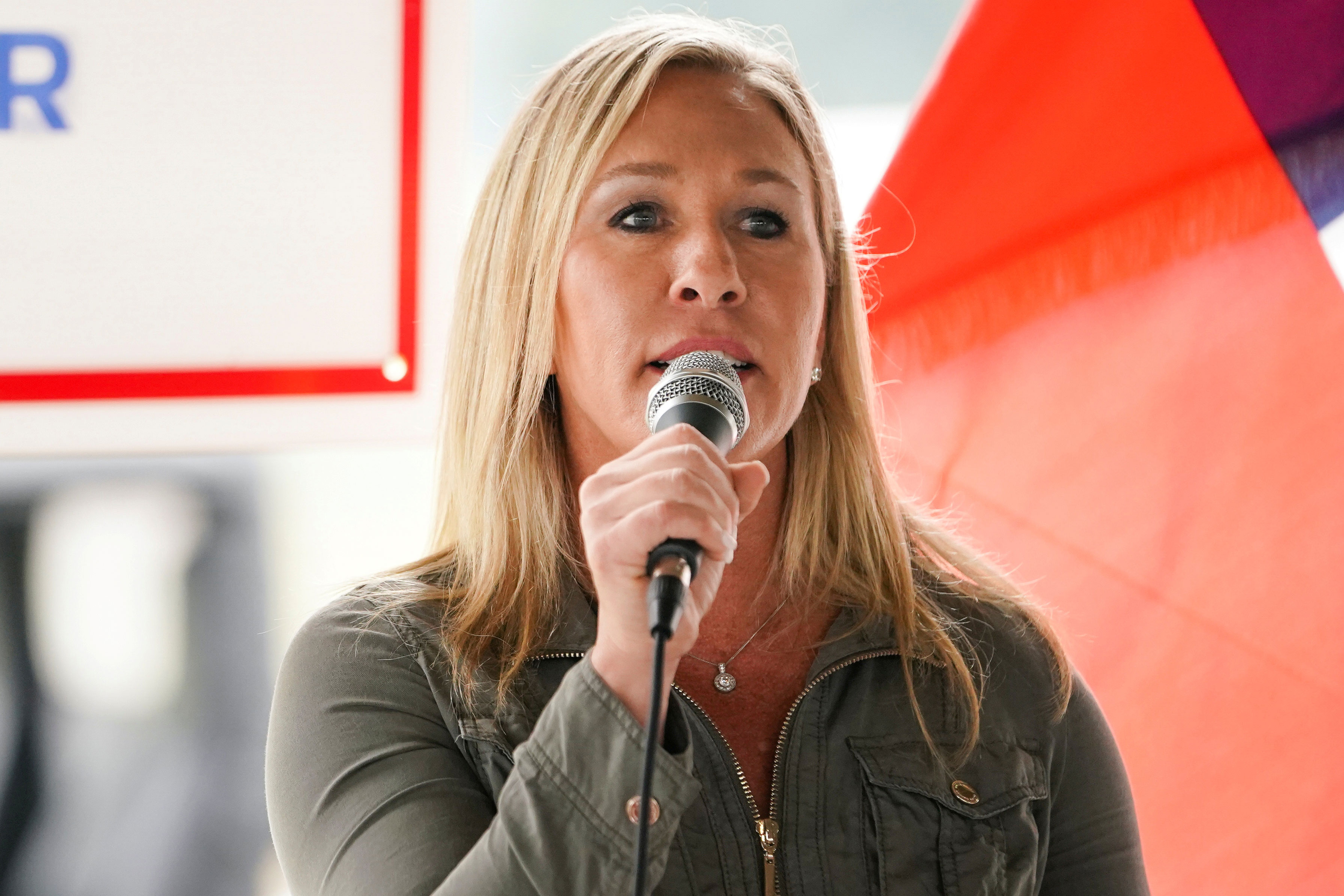 
Anti-Muslim candidate Marjorie Taylor Greene is the first supporter of the far-right QAnon conspiracy theory to win a US House seat.

Greene declared victory in Georgia’s 14th congressional district on Wednesday after both the Associated Press and CNN assured her of the win earlier in the day.

Greene’s Democratic opponent, Kevin Van Ausdal, had dropped out in September citing personal reasons, all but guaranteeing her the victory.

“BIG WIN TONIGHT!” the 46-year-old said on Twitter. “THANK YOU to the people of NW Georgia for choosing me to fight for them in Washington, DC!

Greene will now become the first person to serve in the US House to have openly supported the QAnon conspiracy, which spreads the baseless and xenophobic idea that a network of “deep state” actors is working behind the scenes against US President Donald Trump to create a new world order.

QAnon has also peddled the theory that a secret plan was orchestrated by American Muslims to use coronavirus restrictions as a means of bringing Sharia law into the country.

Earlier this year, several high-ranking Republicans in the House of Representatives distanced themselves from Greene after Politico uncovered hours of Facebook videos in which she expressed racist, Islamophobic and antisemitic views.

In one video message, Greene said the 2018 midterms – which ushered in Congresswomen Ilhan Omar and Rashida Tlaib – were part of “an Islamic invasion of our government” and that “anyone that is a Muslim that believes in Sharia law does not belong in our government”.

She also posted an image of herself on Facebook holding a gun alongside images of Omar, Tlaib and Representative Alexandria Ocasio-Cortez (AOC), encouraging “strong conservative Christians to go on the offense against these socialists who want to rip our country apart.”

Media Matters, a non-profit organisation tracking misinformation in the election, found that 27 candidates competing in the 2020 election endorsed or appeared to accept QAnon beliefs.

According to the organisation, 25 were Republicans while the other two were independents.

Trump fuelled controversy last month when he refused to directly condemn the group, claiming in a televised town hall that he knew “nothing about QAnon”, only to say minutes later that “they are very much against paedophilia”.

The president has also done little to discourage QAnon’s followers. He has described QAnon adherents – several of whom have been charged with murder and domestic terrorism – as “people that love our country”.