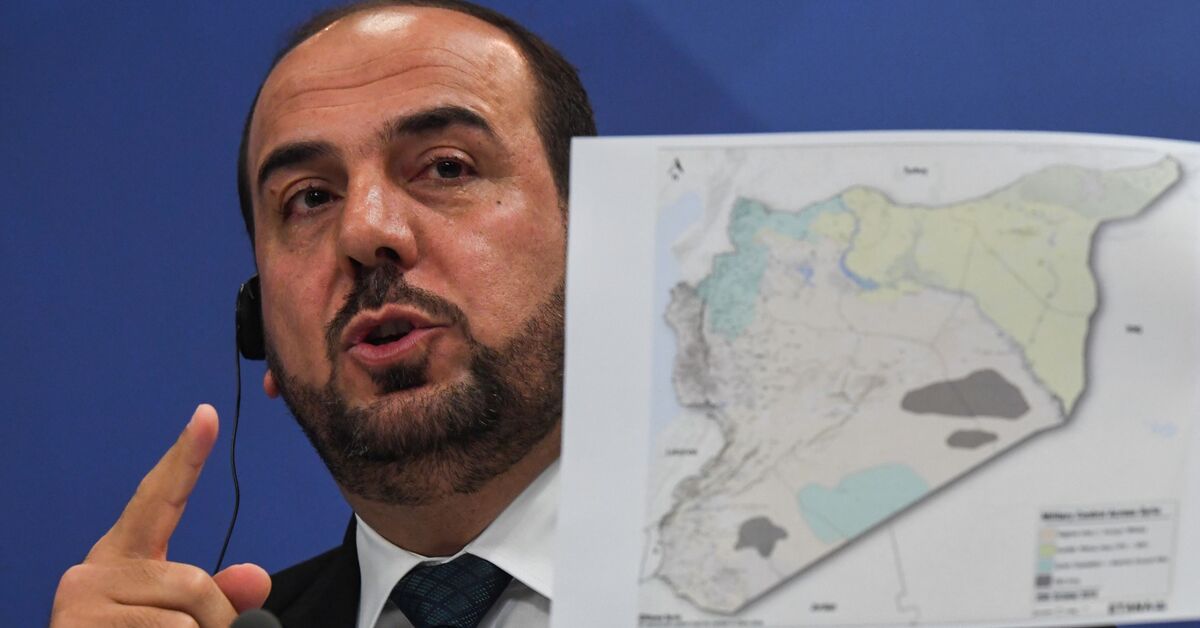 According to the Syrian National Coalition’s bylaws, any component of the coalition has the right to appoint or replace its own representatives within the coalition.

The Syrian Council of Tribes and Clans recently intensified its activities as it held two General Assembly meetings in the past six months, pointing to a growing Turkish interest in it. It seems Turkey is seeking to push the council’s current head, Salem al-Maslat, to become the new president of the Syrian National Council in the upcoming elections. This comes as the current head of the Syrian National Coalition, Nasr al-Hariri, announced June 2 that he will not be running for a second term.

There seems to be a new inclination by Turkey to pump new blood into the Syrian National Coalition, after the failure of the traditional political forces within the coalition.

Mustafa al-Mustafa, a researcher at NMA for Contemporary Research, an independent institution that provides studies and consultations on the Syrian issue, told Al-Monitor, “[It seems] Maslat is to become the new of the Syrian National Coalition, although he is not the strongest candidate. The opposition institutions have become worse than the regime’s institutions [in terms of corruption], as the winner of any election is known even before they [elections] are held, as happened in the recent presidential elections. This is why the tribes have been given the opportunity to play a political role [in the coalition] due to the absence or weakness of the other political bodies. Yet still, they [tribal forces] will not succeed in the coalition’s management because their role is societal, and they do not have a vision to attain power in the future. They are trying to play a role that is out of their league, only to garner support from the parties on the ground.”

Hassan al-Naifi, an independent political analyst who writes for several papers, told Al-Monitor, “All parties on the ground are showing growing interest in tribes, which in turn want to show global opinion that they enjoy popular support. But in reality, the tribes are witnessing deep internal divisions over the allegiances [the various tribes] have.”

Naifi added, “The appointment of Maslat as head of the Syrian National Coalition will not be the result of consensus within the coalition, but rather it will be imposed by Turkey, which saw in him a suitable figure who represents a wide popular base in the area.”

Several parties in Syria have shown over the past few years interest in the tribes, as all forces worked to establish tribal councils in their areas of control, including the Syrian government, the Kurdish-led autonomous administration and Hayat Tahrir al-Sham.

Established in 2018, the Syrian Council of Tribes and Clans includes representatives of more than 150 tribes and clans of different ethnicities in Syria, including Kurds, Turkmens, Syriacs and Arabs. It joined the Syrian National Coalition in May 2020.

Mudar Hammad al-Assaad, a spokesman for the Syrian Council of Tribes and Clans, told Al-Monitor, “Activating the role of tribes is important at this stage, and it is a step in the right direction. When state institutions are weakened, social forces must step in. Given the failure of political forces over the past years to lead these institutions, it has become imperative to pump new blood into them so that they are more reflective of the Syrian society, 60% of which is made up of clans or tribes. This will allow for a positive role in administration, social security and political lobbying until official institutions recover. Also, it will allow the Syrian National Coalition to garner the popular support that it has been lacking for a couple of years now.”

He added, “The coalition’s bylaws allow all its members to run for the presidency of the institution, and Maslat’s appointment to this position would contribute to the development of the coalition’s performance. Turkey’s choice of Maslat at this stage conveys a positive message to Saudi Arabia as [Maslat] has a close relationship with the ruling family in the kingdom because his family is made up of sheikhs of the Jabour tribe [that is present] in Syria, Iraq, Palestine, Jordan and the Arab Gulf states. This [Maslat’s election] can reduce the polarization between the two countries [Turkey and Saudi Arabia] regarding the opposition.”

Abdulaziz al-Khalifa, a journalist at the Baladi media network and a member of a clan in the city of Hasakah, does not believe that Maslat’s election will resolve the differences between Ankara and Riyadh regarding the Syrian issue.

He told Al-Monitor that Saudi Arabia believes that Turkey dominates the decision-making of the Syrian opposition deployed on its territory or in its areas of control [inside Syria]. The Turkish control of the opposition became clear after the renewal of Anas al-Abdah’s term as head of the High Negotiations Committee affiliated with the Syrian National Council, Khalifa said.

Abdah, who is close to Turkey, was elected unanimously June 12, which shows that Turkey managed to dominate the committee’s decision while ignoring the positions of the other parties within the committee.

Khalifa added, “This unilateral act [Abdah’s election] on the part of Ankara ignored the various parties within the High Negotiation Committee, which are divided between the Saudi-Egyptian axis and the Qatari-Turkish axis. This is why solving the differences between Ankara and Riyadh can’t happen by merely changing the head of the Syrian National Coalition. It requires an inclusive action that takes into consideration the reality of the opposition institutions.”

He said, “The countries involved in the Syrian file, including Turkey, have strengthened the role of tribes, which will favor the figures and components close to them [these countries] with the aim to establish their [these countries’] control of the opposition institutions. But this move comes at the expense of the political forces, which should have received support to improve their role inside opposition institutions. Turkey is seeking to garner popular support in the areas it controls, which are dominated by clans. This explains Turkey’s support for the Syrian Council of Tribes and Clans and its attempt to have it included in the official political body of the opposition [Syrian National Coalition].”

Naifi concurred, saying, “Saudi Arabia no longer shows interest in the Syrian National Coalition given its affiliation with Turkey. Saudi Arabia sponsored the Riyadh Conferences I and II because it was seeking to turn the High Negotiations Committee, which is based in Riyadh, into an alternative platform for the coalition.” But this did not happen, and the negotiation committee eventually became affiliated with the coalition.

The Coronavirus Killed the Revolution