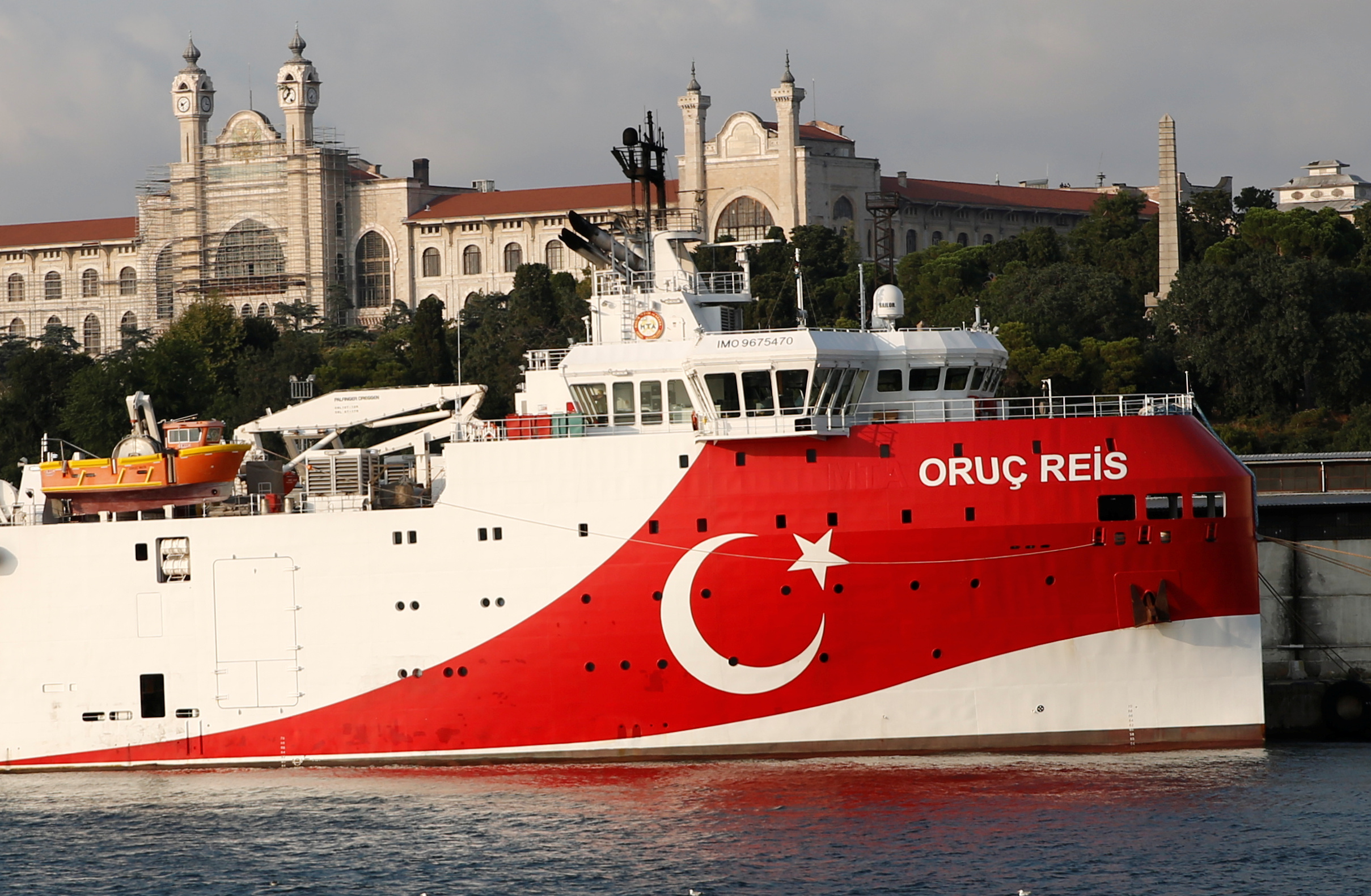 
Turkey announced on Saturday evening that it would be extending until November the seismic survey work of its ship the Oruc Reis in a disputed area of the Eastern Mediterranean.

Greece responded on Sunday by vowing to lodge a complaint over what it called an “illegal move”.

US slams Turkey over renewed seismic surveys in Eastern Mediterranean

Turkey and Greece, both members of Nato, are locked in a dispute over the extent of their continental shelves and conflicting claims to hydrocarbon resources in the Eastern Mediterranean.

The row first erupted in August, when Turkey sent the Oruc Reis into waters also claimed by Greece and Cyprus, both European Union member states.

According to a Turkish naval maritime notice issued late on Saturday, the Oruc Reis, along with two other ships, the Ataman and the Cengiz Han, would continue work in a location south of the Greek island of Rhodes until 4 November. A previous notice had scheduled survey work in the area until 27 October.

The Greek foreign ministry said it would file a complaint with Ankara, following the new advisory, which Athens said concerned an area within the Greek continental shelf.

It added that the extension of the Oruc Reis’s survey was an “illegal move” at odds with efforts to ease tensions and with the recent conclusions of the council of EU heads of government.

“Greece blatantly condemns this unacceptable behaviour, which is essentially moving even further away from the prospect of a constructive dialogue,” the ministry said in a statement, calling for the advisory to be revoked immediately. It said Turkey was behaving “like a pariah,” seeking to destabilise the region, stoke tensions and defy international law.

Ankara withdrew the Oruc Reis last month to allow for diplomacy before an EU summit, at which Cyprus sought sanctions against Turkey. It was sent back this month, prompting an angry reaction from Greece, France and Germany.

After the summit, the EU said it would punish Turkey if it continued its operations in the region, a message Ankara said further strained Turkey-EU relations.

On 13 October, the United States had said it “deplores” Turkey’s decision to renew geological survey activity in the disputed area.

In a statement, State Department spokesperson Morgan Ortagus called the move a “calculated provocation” set to inflame tensions within Nato.

Last Friday, Nato Secretary-General Jens Stoltenberg announced that Greece and Turkey had agreed to cancel military exercises scheduled for this week, in a sign many saw as an indication of easing tensions between the two historic rivals.

“Both Greece and Turkey have decided to cancel military exercises which were planned for next week,” Stoltenberg told reporters after chairing a virtual meeting of Nato defence ministers, where the two countries made the announcement.

“These are steps in the right direction. They help to reduce the risks of incidents and accidents.”

Turkey has insisted that its seismic survey operations were within its continental shelf.