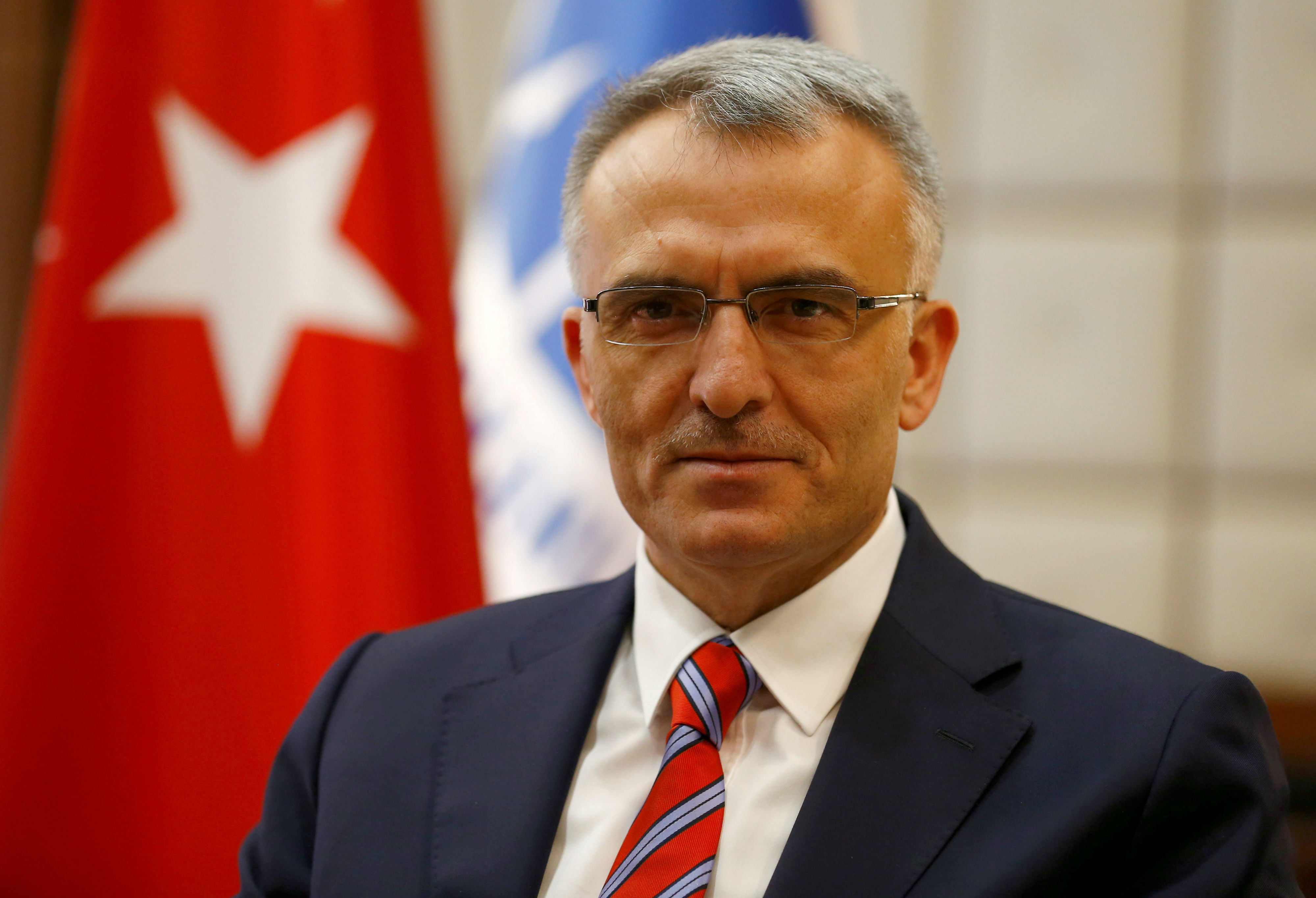 Naci Agbal has been replaced by Sahap Kavcioglu, a former ruling party lawmaker and critic of tight monetary policy.

It was the third time since mid-2019 that Erdogan, who has repeatedly called for low rates, has ousted a bank governor.

Analysts predicted the lira would tumble when markets reopened on Monday as the bank’s credibility took another hit.

His shock removal, announced in the early hours of Saturday, comes after the bank increased rates by a more-than-expected 200 basis points on Thursday in a “front-loaded” move meant to head off inflation near 16 percent and a dipping lira.

The country’s Official Gazette announced that Erdogan had replaced him with Sahap Kavcioglu, a former member of parliament for Erdogan’s ruling AK Party (AKP).

“While interest rates are close to zero in the world, opting for a rate hike for us will not solve economic problems,” Kavcioglu wrote in a column in Yeni Safak newspaper last month.

Rate increases will “indirectly cause inflation to rise,” he added, echoing Erdogan’s unorthodox view of monetary economics, which has dogged the major emerging market economy for years.

A lack of monetary independence has exacerbated Turkey’s boom-and-bust growth and record dollarization, helping keep inflation in double digits for most of the past four years, economists say.

The lira has lost half its value since 2018.

“This implies the government will once again try to stimulate the economy by low rate policies,” said Selva Demiralp, director of the Koc University-TUSIAD Economic Research Forum, in Istanbul.

“Such a priority has a high potential to backfire by causing extreme pressures on the lira and contracting the economy even further,” she told Reuters.

Kavcioglu, the fourth central bank chief in five years, is known among local bankers but little among mainstream economists and foreign investors.

Before being elected in 2015 in Turkey’s northeast AKP stronghold, he was deputy general manager at state lender Halkbank as part of a more than 25-year career in banking.

A trader at one local bank predicted Kavcioglu would deliver a rate cut before the next scheduled policy meeting in April.

“There is now a very real chance that Turkey is heading for a messy balance of payments crisis,” Jason Tuvey, analyst at Capital Economics, wrote in a note.

Since Agbal’s appointment on 7 November, the lira had rebounded more than 15 percent from a record low beyond 8.5 to the dollar. But even as Erdogan appointed Agbal as part of what he called a new market-friendly economic era, the president continued to urge lower rates.

In announcing reforms this month, he said price stability should be “put aside”.

Early on Saturday, Agbal thanked Erdogan on Twitter “for all the posts he has found me fit for and appointed me to until today… I also convey my gratefulness for removing me from my post as of today.”

Agbal, also a long-time AKP member, had regularly repeated his determination to get inflation down to a 5 percent target by the end of 2023 and promised to increase rates again if needed.

“If you abandon a tight policy stance… at an early stage, past experiences show that inflation moves upward again,” Agbal told Reuters last month in his first interview as governor.

In July 2019, Erdogan sacked governor Murat Cetinkaya for not bringing interest rates down swiftly. He dismissed Cetinkaya’s replacement, Murat Uysal, in November last year after the lira slumped to its record low.