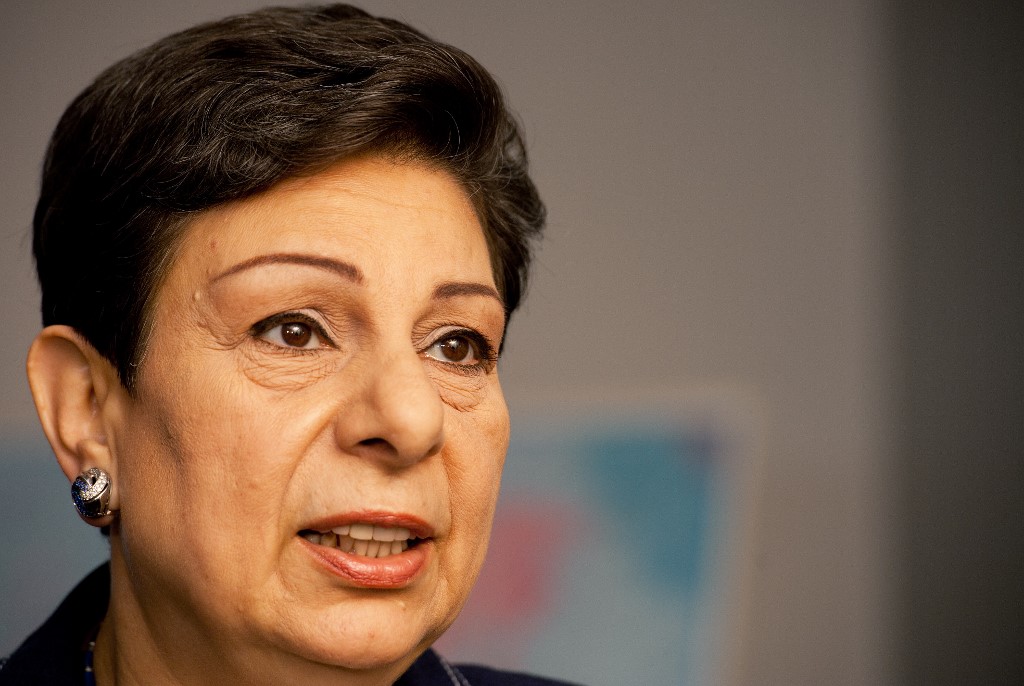 
Prominent Palestinian politician Hanan Ashrawi has confirmed her resignation from the executive committee of the Palestine Liberation Organization (PLO) after more than a decade of service.

The 15-member committee is the highest executive body of the PLO and acts as the government of the UN-recognised State of Palestine, which differs from the Palestinian Authority (PA), though both are headed by President Mahmoud Abbas.

‘The Palestinian political system needs renewal and reinvigoration with the inclusion of youth, women, and additional qualified professionals’

Ashrawi confirmed her resignation in a statement on Wednesday after sources leaked the information in what she deemed “a misleading and irresponsible manner that led to conjecture and rumors”.

Speculation of Ashrawi’s departure began this week, with “senior sources” telling journalists the move was in protest against the PA’s decision to resume coordination with Israel.

Abbas reportedly cut all ties with Israel in May over the occupying power’s plans to annex large swaths of the West Bank. But six months later, on 17 November, Abbas announced that the PA would resume coordination after it was clear that Israel’s annexation plans had been put on temporary hold.

Critics, including the Hamas party and the Popular Front for the Liberation of Palestine (PFLP), slammed Abbas for the move, as the practice was resumed without having achieved any political goals.

While denying that her resignation was over the resumption of coordination with Israel, Ashrawi did not give a clear reason for the move in the letter that she addressed to Abbas or its accompanying statement.

She did call for reform, accusing those in positions of power of marginalising and excluding the executive committee from major policy plans.

What did the PA gain for resuming security coordination with Israel?

“I believe it is time to carry out the required reform and to activate the PLO in a manner that restores its standing and role, including by respecting the mandate of the Executive Committee rather than its marginalization and exclusion from decision-making,” she said in Wednesday’s statement.

Regarding her impromptu announcement, Ashrawi said she first spoke to Abbas about her resignation on 24 November, exactly one week after the PA resumed coordination with Israel, and sent in her official letter two days later.

While she had planned to hold off on announcing the move publicly, she met with Abbas on Tuesday to talk about revising the timeline after the information was leaked.

According to Ashrawi, the president deferred the decision to the Palestine Central Council (PCC), which acts as a representative to the PLO government’s legislature.

Ashrawi, however, chose not to wait on such approval.

“While I appreciate and respect the President’s position, I reaffirm my resignation and consider it to be in effect,” she said.

Later on Wednesday, Abbas said, in a brief statement, that he had accepted Ashrawi’s resignation.

In her resignation letter, Ashrawi told Abbas that she hoped her decision “will be part of a new phase that would include electing an Executive Committee”, as current executive committee members were chosen by consultation with the PLO factions, not via elections.

As a member of the executive committee since 2009 and head of the Department of Public Diplomacy and Policy, Ashrawi, 74, had been the PLO government’s highest-ranking female politician.

Having also been the first woman to hold a seat on the executive committee, in her statement Ashrawi stressed the need for major reform, diversity and inclusion within the Palestinian political sphere.

“The Palestinian political system needs renewal and reinvigoration with the inclusion of youth, women, and additional qualified professionals,” Ashrawi said.

“It is incumbent upon us all to assume our individual responsibilities and to carry out our duties with honesty and integrity, including by facilitating this needed change.”

Ashrawi was elected to the first Palestinian Legislative Council (PLC), a body of the PA, to represent Jerusalem in 1996, and was appointed as the PA’s minister of higher education and research that same year.

Before that, she served as the spokeswoman of the Palestinian delegation to the 1991 Madrid Conference and took part in negotiations with Israel.

Prior to her work in politics, Ashrawi had been dean of the faculty of arts at Birzeit University in Ramallah.

In Wednesday’s statement, Ashrawi was clear that her resignation represents a complete withdrawal from official politics.

“I will continue to serve the Palestinian people and our just cause in every capacity, albeit outside public office,” she said.

How to Use Pre-Recorded Lectures and Video Effectively: Faculty Insights