The Significance of Ukraine's Maritime Industry for the Black Sea, and Beyond 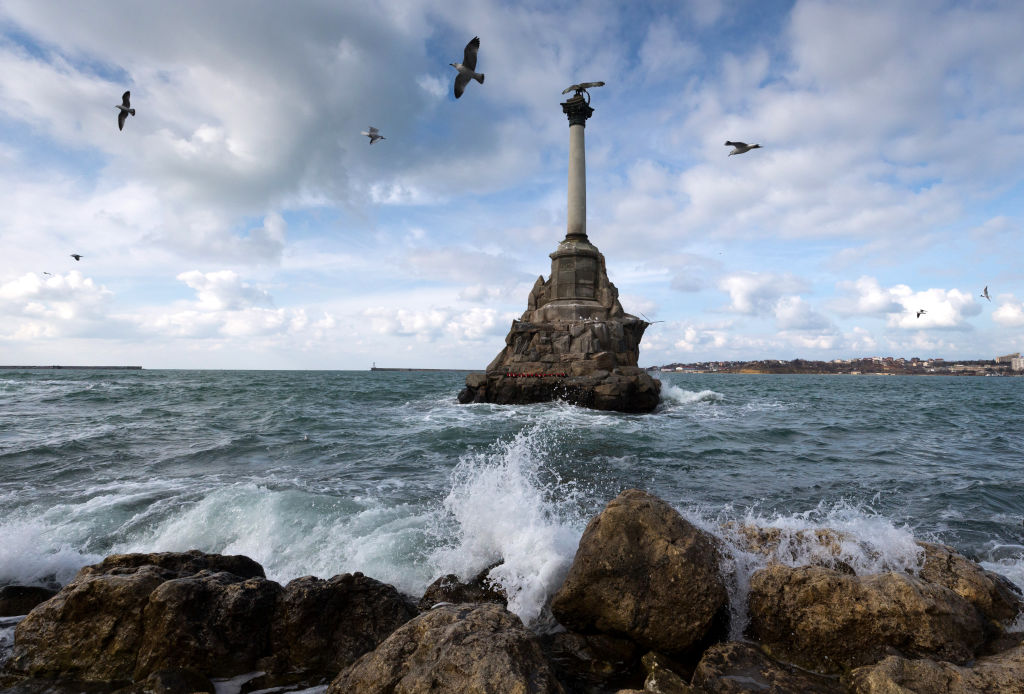 
The Black Sea is an interconnected region between Eastern Europe, Russia, the Caucasus and Turkey. While the geopolitical importance of the Black Sea is indisputable, more attention is needed to its separate actors. Ukraine, having had the largest territory of coastline in the Black Sea before the illegal annexation of Crimea, is ideally positioned to play a central role in the future of the region.

Ukraine’s history as a strong maritime system is important because it provides a roadmap to build a stronger navy today. The memory of the past maritime success is reflected in the Strategy of the Naval Forces of the Armed Forces of Ukraine 2035 which states its main task of the Strategy is, first of all, “to restore naval capabilities of Ukraine.”

Ukraine is unique because of its history of economic volatility. Before the collapse of the Soviet Union, Ukraine was known for its “maritime maturity” as a diversified maritime economic landscape made up of river transportation, shipbuilding, and a gas and oil industry. 25 years of independence and state development has decimated almost all of Ukraine’s maritime power and the country has suffered a significant decrease in the competitiveness of its maritime industry.

Russia seized almost 75 percent of Ukraine’s maritime personnel, and along with this important services like signals-intelligence, training, administration, maintenance, and logistics infrastructure. Ukraine has been unable to rebuild its navy due to a gap in the government’s rhetorical commitment and actual funding capabilities, much of which currently prioritizes the defence of Eastern Ukraine. So, while Ukraine’s 2016 defence budget was four times higher than in 2014, and continues to increase, the country’s navy’s budget equates to just 2 percent of the defence ministry’s total budget and only 0.5 percent of the total budget on procuring weapons and military equipment for the fleet. Ukraine’s inability to invest in rebuilding its naval fleet in the Black Sea is also connected to the economic losses of the annexation of Crimea (3.6 to 3.7 percent of national GDP between 2001 and 2012). Furthermore, the loss of Crimea and Russian control over the Kerch Strait also led to a short-term loss of grain export partners because the country was now deprived of 10 percent of its export capacity without the Black Sea ports.

Nowadays, Ukrainian shipbuilding companies are utilizing just 25 to 30 percent of production capacities and the shipbuilding industry has reduced by 10-15 times. Such low shipbuilding capacity exacerbates Ukraine’s vulnerability in terms of national security and damages its image as a competitive export partner. Currently,  92 percent of Ukrainian exports are operated by foreign vessels, increasing the region’s economic dependence on international stakeholders.

Effective reforms in naval forces would expand Ukraine’s role in regional organizations such as the Black Sea Economic Cooperation (BSEC) and enable Ukraine to participate more actively in intergovernmental organizations like the Organisation for Security and Cooperation in Europe (OSCE). Ukraine could be more engaged in monitoring frozen conflicts on the borders of the Black Sea while protecting its coastal waters from the regional implications of these conflicts (i.e. rise of terrorism, organized crime, human trafficking, and drugs at sea). Strong reforms would also allow Ukraine to fulfil its responsibilities in the Black Sea under the United Nations Convention on the Laws of the Sea Treaty (UNCLOS) which ensures maritime safety, protects the marine environment, and maintains order at sea.

Ukraine connects the Black Sea region to Europe and Russia through the rivers of Danube, Dniester, and Dnieper. These rivers are crucial to trade and transport in the region, granting Ukraine a central place in the geopolitics of the Black Sea. The Danube connects Ukraine to the European mainland, the Dnieper provides a link with Belarus and Russia, and the Dniester travels through Moldova to the Ukrainian border with Poland. The rivers of Ukraine serve as a bridge to an interconnected system of European inland waterways and the Eurasian system of freight transport corridors, where rivers form strategic water transport connections to the Volga and Don Rivers or the Bosporus.

Regional cooperation projects – the E40 Waterway, an inland shipping route linking the Black and Baltic Seas through the Dnieper River, the Moldovan-Ukrainian intergovernmental Dniester Commission created for protection and sustainable development of the Dniester, or the joint Romanian-Ukrainian Riverine 2020 exercise on the Danube River which is designed to strengthen the interoperability of both countries’ military capacities – showcase the significance of Ukrainian rivers. So, a more stable and strengthened maritime complex in Ukraine could create an effective logistical system with the participation of sea and river fleet, the main task of which would be to ensure uninterrupted transportation of cargo between ports of different river basins. It would form the most effective means of delivering goods ‘door to door’ in the Black Sea region and minimize transportation and financial costs for all.

Importantly, Crimea also lies on the intersection of critical energy and trade routes between Europe, Central Asia, Turkey, and Russia. Sevastopol is the only naval base on the Black Sea with the potential to equip and send new ships and military equipment for strategic purposes throughout the whole region. Those in control of Sevastopol are therefore able to manage the waters of the entire Black Sea region. Due to the illegal annexation of Crimea, the regional hegemony of water control capabilities remains in the hands of Russia, with Ukraine and the rest of the littoral states likely to be weakened by this status quo. Further cooperation by international organizations, or maritime security operations conducted by NATO or the US Navy, can ensure Crimea remains accessible to all in the region. Having international actors in Crimea would stabilize the power dis-balance in the region, and NATO could potentially become a guardian of regional energy gaps or politico-economic seams not to be exploited by any littoral state.

It is important to prevent the Crimean Peninsula from becoming just another tool of leverage for Russia to project its power in the West. After all, the country which possesses Crimea has an upper hand in the region and beyond. Ukraine is unable to provide security for its sea territories and thus, requires assistance through regional cooperation projects and initiatives. These initiatives allow Ukraine to develop and improve its military system while also helping to safeguard region’s security. For instance, Ukraine took part in NATO’s maritime operation Active Endeavor. This was designed to prevent the movement of terrorists or weapons of mass destruction in the Mediterranean and the surrounding routes. In 2016, the operation was replaced by the non-Article 5 Sea Guardian operation after Ukraine showed its initiative to join. NATO supports Ukraine through the NATO Building Integrity Programme, the NATO Defence Education Enhancement Programme, and the Joint Working Group on Defence Technical Cooperation. Strengthened cooperation and knowledge exchange between littoral states and international actors is critical to achieving a military power balance in the region.

Ukraine shows considerable potential to adopt a stronger role in the politics of the Black Sea region due to its geographical position and political relations with the neighboring countries. Modernization and investment in Ukraine’s energy and maritime infrastructure could allow Ukraine to become a stronger actor in the region, to the benefit of all littoral states. Following the annexation of Crimea and amidst growing Russian militarization of the Black Sea, the military and defense aspect of the Ukrainian coastline has become a pressing challenge for all regional forces. If able to effectively implement its defence strategy at the southern borders, and develop a reliable naval force complex through regional cooperation, Ukraine could help the region become a more stable and mitigate external threats.

Realistically, a military guardian role of Ukraine in the region is only possible through multilateralism based on strategic partnerships between the actors of the Black Sea and guided by such values as sovereignty, equality of states, non-interference in domestic affairs, and equal diplomatic relations in accordance with international law. With the Black Sea transitioning from the  periphery of Europe to the frontier of transatlantic security, Ukraine is compelled to rethink and re-establish its role in the region.

Maryna Parfenchuk is a fellow with MEI’s Frontier Europe Initiative. The views expressed here are her own.