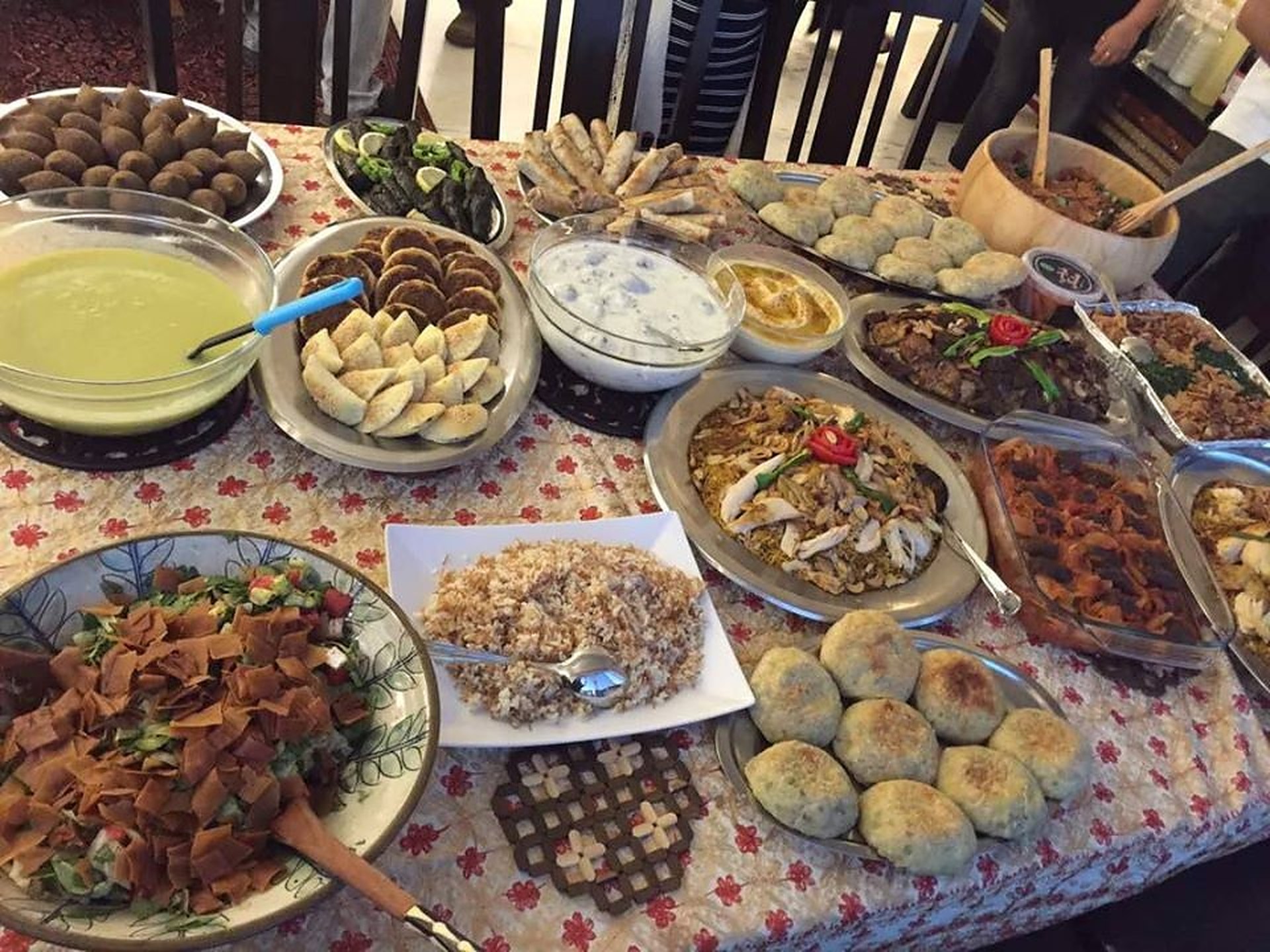 “What makes our struggles less painful is how people treat us,” Lina Kassah, founder of refugee kitchen Zeit Zeitoun, says. “When the environment is hospitable, friendly, and welcoming, our worries and pain instantly go away.”

For almost 10 years since the Syrian civil war, around five million Syrians have been displaced around the world, with reports citing over 100,000 Syrian refugees in Egypt, according to the UNHCR. For many of us, the war might be a distant memory, but the trauma of the conflict is still embedded in the hearts of many Syrians, even after settling elsewhere.

Refugee community kitchens are community-based cooking projects that bring together a group of people who pool their resources and labor to produce large quantities of food for catering services, all aimed at empowering those who are financially vulnerable and promoting community integration.

In recent months, refugee kitchens that provide essential support for many refugee families have struggled to make ends meet during the COVID-19 pandemic due to the banning of large gatherings. This is slowly changing with the advent of the holy month of Ramadan. “The pandemic has made our business nearly come to a halt, receiving nearly zero orders since we largely depend on weddings and family gatherings during Ramadan. There is no support provided to us as small businesses, and so I was forced to reduce the number of women in the kitchen to reduce the costs,” Kassah says.

Kassah, 46, came to Egypt in 2013 with her husband and three kids shortly after the Syrian Civil War began. They now reside in Al-Obour City on the outskirts of Cairo. With no plans or no money to support themselves, the family initially stayed with Egyptian friends for a month before being fully integrated into the community. “We didn’t have any money to live or even support [ourselves]. We came here practically empty handed, and the psychological trauma from the war continued to torment us, and so we were all just very tired, emotionally and psychologically from the events we were exposed to.”

For a full year, Kassah saw no one but her kids and her family at home, which led her to descend into depression due to forced idleness. She then began connecting with several NGOs and associations to connect with other Syrians living in Egypt, and particularly Syrian women who are out of work, single, divorced or widowed to help them survive. “One of the projects that were introduced to support Syrian women by humanitarian worker Tamara al-Rifai were refugee kitchens, and so we set up Zeit Zeitoun, which was run by women that were struggling to financially support themselves,” she says.

Inside her kitchen, Kassah not only shares an authentic taste of her Syrian heritage and homeland with others, but also uplifts and supports disadvantaged Syrian women. However, with the COVID-19 pandemic, many of these women were let go, causing economic pain for many families who have lost their source of income. “This is more than just a Syrian kitchen, it is a social enterprise that supports struggling women who desperately need this income for their families,” Kassah notes.

Zeit Zeitoun is one of the many refugee kitchens and restaurants that have opened across Cairo by Syrian refugees. Other initiatives include Dawar Kitchen and Fard Foundation, as well as Men Beiti le Beitak (From My Home to Yours) by Mervat who independently manages the refugee kitchen through a WhatsApp group.

“We are lucky that many Egyptians love our food, and we have made many dishes where we integrate Egyptian food with Syrian food,” Kassah says. “I believe that the best part of the whole experience is how people in Egypt treat us. When we are treated with kindness and warmth, our struggles become less painful.”

To offset the challenges posed by the COVID-19 pandemic, Zeit Zeitoun continues to operate through home-delivery and organically promotes its operation through their Facebook account. The women are isolated at home and cook using their own catering equipment, ingredients and raw materials.

Food is at the centre of community relations, and Zeit Zeitoun offers a pathway for different communities to connect, collaborate and support struggling and underprivileged women. “We hope that people support us this Ramadan and realize that they are also supporting other women who continue to work hard to provide a better livelihood for their families.”

The Biden administration and the Middle East: Reflecting on the first 100 days

Charles W. Dunne On human rights, the administration is still trying to live up to expectations The Biden administration set a high standard for itself...
Read more
Business

The Middle East and North Africa (MENA) region is grappling with many...
Read more
Business