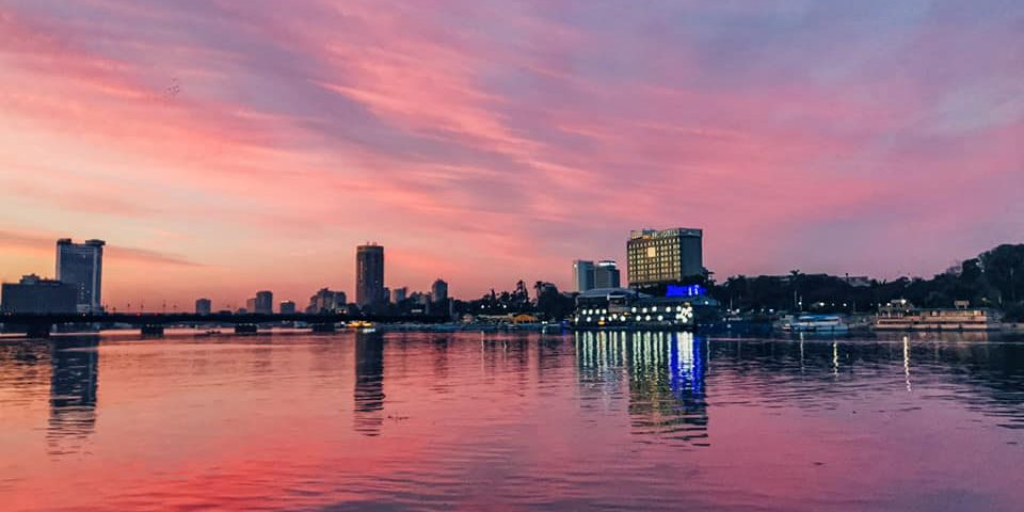 “It took two years of preparation to take the decision,” says 34-year-old Corporate Relations Head Andrew Emad, “At first it was a suggestion and it was not considered seriously, and I kept repeating the suggestion and when it was considered it was received as if it is some nonsense (why would you want to leave? Here you eat, drink, sleep, get your laundry done for free).”

In Egypt, as is the case with most countries of the Arab world, rarely do young adults live independently of their parents prior to marriage. This notion of independent living and relying on oneself after a certain age is both foreign and considered taboo. Rather, it is only accepted when it is for the purpose of marriage.

Although this cultural taboo may have started to be met with opposition in recent years as more and more young adults are finding ways to break free from the idea of having to live with their parents up until marriage, it is still not a widely spread practice – most especially for females seeking to live independently.

It is worth noting however, the case is not necessarily that of young adults wanting to leave their family home while parents strictly refuse (although these cases certainly do exist), but rather the idea of living independently after a certain age does not even cross the minds of a lot of Egyptian youth.

This could come as a result of a mixture of things, from simply having been raised that way and not knowing any other way of life, to not wanting to deal with the cultural and societal complications or stigma that accompany taking such a decision – or it could even simply be for the comfort of having someone care for you both financially and in terms of food, laundry, etc.

The Struggle is Real

Emad eventually took matters into his own hands and finally moved out of his parents’ home at the age of 31, claiming that his parents eventually came around and adjusted to the move. Reflecting on the move, he admits to having realized many things about his character after living on his own.

“When I moved out I noticed that I am a person who likes to keep his place neat, I didn’t realize that before,” he tells Egyptian Streets, “I always do the dishes once used, I make my bed every day, I clean very frequently, I have everything organized.”

Emad comments that he possibly could have taken the leap to move out sooner, preferably during his late twenties; yet even someone such as him, being male and generally having more freedoms in Egypt’s rather conservative society, he says that it would have probably been more difficult and taken more convincing.

When asked why he thinks young Egyptians don’t usually move out of their parents’ homes by a certain age, Emad replied, “Because for girls it is considered haram (forbidden) and aeib (shameful), and for boys it’s usually because they’re spoilt at the home, so why move out… also because the tradition says you move out when you get married.”

He goes on to say however, “I would definitely recommend moving out, you start knowing yourself more, start feeling like an adult and having much more freedom… the most important thing though, is to try to never lose connection with your parents, I visit every week once or twice at least, I even sleep there once a week. But moving out has been one of the best decisions I ever made in my life.”

When Gender Comes into Play

“It was really difficult because having typical stereotyped Arab parents, they would always say you move from your father’s house to your husband’s house,” explains a 34-year-old female who wishes to remain anonymous, in regards to her recent move from her parent’s home. She goes on to say that “moving out to live in an apartment on my own without being married was a huge issue.”

She managed to eventually convince her parents of the move by relating it to work, explaining to them that it would make more sense to be closer to work and not having to constantly drive long distances as her work requires her presence in more than one venue that are quite far from where she resides with her parents.

“The catch however, was to still go and stay with them at home as much as I could and spend as much time with them as I could,” the 34-year-old continues, “but it was initially really tough; it was a fight.”

Females are usually expected to stay with their parents at home up until marriage, more so than males. There tends to be more of a stigma attached to females who would want to live independently out of wedlock, and they are looked down upon by society and thought to be too progressive.

Aside from having to deal with parents however, females oftentimes also have to deal with difficult landlords once they have decided to move out. Not all landlords are okay with allowing an unmarried woman to rent an apartment in their building all on her own.

While for the majority of Egyptians the idea of moving out and living alone prior to marriage is still unthought of, the phenomena has slowly started to catch on. “I have quite a few friends who have made the move to leave their parents’ home and live independently,” the 34-year-old anonymous female says, “but it’s always under the pretense of having to be closer to work as opposed to being a flat admittance of feeling as though they are old enough to move out.”

“My biggest challenge however is definitely the bombardment of things I suddenly have to pay at the beginning of each month,” she continues, “but living alone definitely toughens you up and builds your personality.”

The Remedy of Being Far From Home

For some other people, the experience is quite different. Oftentimes there are young adults who venture from other governorates or Egyptian cities into the hustle and bustle of Cairo seeking work; unless they have close family relatives in Cairo, this demographic of Egyptian youth have no other option but to live alone in the city.

When it comes to cases such as these, the usual stigma attached to those living independently of their parents and out of wedlock does not really apply as much; rather, they are understood as being young adults who have had to leave home in order to make a living. Somewhat similarly, there are also those who leave Egypt altogether seeking work opportunities elsewhere and in turn, experience living independently abroad.

“My experience living alone abroad was absolutely life changing,” says a 29-year-old Egyptian female who wishes to remain anonymous, “It was one of the best and most empowering experiences I had in my life, but it definitely also wasn’t easy.”

“I definitely don’t think [living alone] would have even been an option had I never left Egypt,” she continues. The young female had left the country in order to go after a work opportunity abroad, and so although rather apprehensive at first, her parents were ultimately understanding of the situation. In fact, Egyptian parents do not usually carry the same sort of concern about their child living independently if it is in another country – perhaps partly due to the lack of cultural stigma or taboo that could accompany the notion of living alone abroad.

After a year and a half of living alone abroad, the 29-year-old female recently moved back home and back in with her parents in Egypt. “It’s honestly tough living with [my parents] again, I think mainly because they don’t understand the mental growth I’ve been through and the independence I gained from the experience,” she tells Egyptian Streets. She goes on to say that although she loves her parents, she would prefer to continue living independently and she plans on trying to make that happen once she settles back into living in Egypt.

And then there are those who have never truly gotten to experience living independently of their parents up until marriage. Ultimately, there is a large demographic of Egyptian youth who only truly get to experience some form of ‘independent living’ after marriage.

“I feel like living independently is important to learn how to enjoy your own company. It feels like I somehow missed out on a big chapter in my life that I might not get the chance to live in the future,” says 28-year-old Copywriter Sherine Medhat who moved out of her grandmother’s home after marriage.

She goes on to say that, “Another thing that I’ve always found annoying when it comes to girls moving out of their parents’ home for marriage, is the fact that Egyptian parents kind of pass on their authority to their daughters’ spouses, otherwise their daughters will misbehave if they ever move out. Even though that wasn’t the case for me, I still find the concept itself quite demeaning.”

Although Medhat did not experience living alone prior to marriage, she is an advocate for living independently as a young adult. “I’m the kind of person who performs better under stress. I’d like to believe that people learn more from hard situations than lovey dovey ones. Things like doing your laundry, paying your bills, and cooking your own food make all the difference in your personality, especially at a young age,” she explains.

“You get to learn to accept the fact that life doesn’t owe you anything to make you feel happy and comfortable, it’s more like you have to earn it sometimes, and when it does it feels so good and well-deserved,” Medhat continues.

An apparently common theme for most Egyptian youth seeking to live independently however, is the fact that they acknowledge and respect the idea that moving out doesn’t have to mean losing connection with one’s parents. On the contrary, most Egyptian young adults express the need for their own space and individual growth, but not at the cost of breaking their family’s bond.

“No matter how much we love our parents, there comes a time when distance is actually a lot healthier for your relationship,” Medhat tells Egyptian Streets, “Meeting up with them every now and then makes you spend more quality time together. It gives you perspective; you start seeing them as people who were once kids, teenagers and adults, just like you. It helps you become more understanding.”