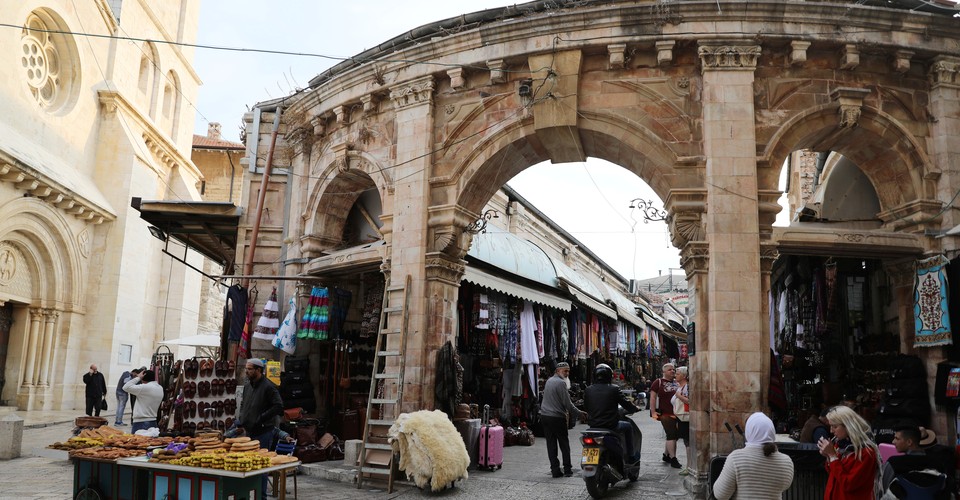 
It appears that the Saudi regime may have done the opposite. As The New York Times reported:

According to Palestinian, Arab and European officials who have heard Mr. Abbas’s version of the conversation, Crown Prince Mohammed bin Salman presented a plan that would be more tilted toward the Israelis than any ever embraced by the American government.

Falling short of even what previous Israeli leaders Ehud Barak and Ehud Olmert had considered, the Saudi proposal, by the Times’s account, would have asked Palestinians to accept limited sovereignty in the West Bank and forfeit claims on Jerusalem. Whether or not the Saudi crown prince presented this “plan” out of sincerity or as a gambit to lower the bar and pressure Palestinian President Mahmoud Abbas to make concessions is almost beside the point. That these ideas were even so much as floated suggests a Saudi regime increasingly close to both Israel as well as the Trump administration. (The Saudi government denied any changes in its position on Jerusalem in an official statement.)

These are odd positions for the Saudi leadership to be in. As the birthplace of Islam and custodian of the faith’s two holiest sites, Saudi Arabia has long presented itself as a protector and representative of Muslims worldwide. Yet it now finds itself in close embrace with the most anti-Muslim administration in U.S. history and stands as one of the few countries genuinely enthusiastic about Trump’s foreign-policy agenda.

Why would an Islamic state—one still governed by a strict interpretation of Islamic law—be so seemingly at ease with such an openly Islamophobic government? Wouldn’t Trump’s incitement against Muslims in early morning tweets give them pause? Thinking as much would make the mistake of assuming that Muslim-majority countries, even ones historically associated with Islam, are in any real sense “pro-Muslim.” They aren’t.

In effect if not in intent, few are as indifferent to Muslim life as Arab countries are. It may be hard for Arabs to admit, but Israel, for all the suffering it has inflicted on the Palestinian territories, has proven—in relative terms—more respectful of Muslim life than most Arab regimes. Nothing Israel has done, or probably could do, can compare to the ongoing Saudi-led intervention in Yemen, which has been roundly condemned as a moral and humanitarian catastrophe of unusual proportions.

No one, then, should fall under the illusion that declaring Jerusalem Israel’s capital will harm America’s alliances with most, or even many, Arab nations (Jordan being a notable exception). The fact that most Arab countries are autocracies, though, complicates the matter, since unelected, unaccountable regimes do not generally reflect popular sentiment, particularly when it comes to the Palestinian conflict. Arab leaders have been content to use Palestine and Palestinians for rhetorical effect and to absorb or deflect popular anger over their own failures and missteps. But for Arab populations, Palestine still matters, even if primarily on a symbolic level (and if we’ve learned anything in recent years, it’s that symbols matter).