The inaction trap: Paralysis and denial in Lebanese politics 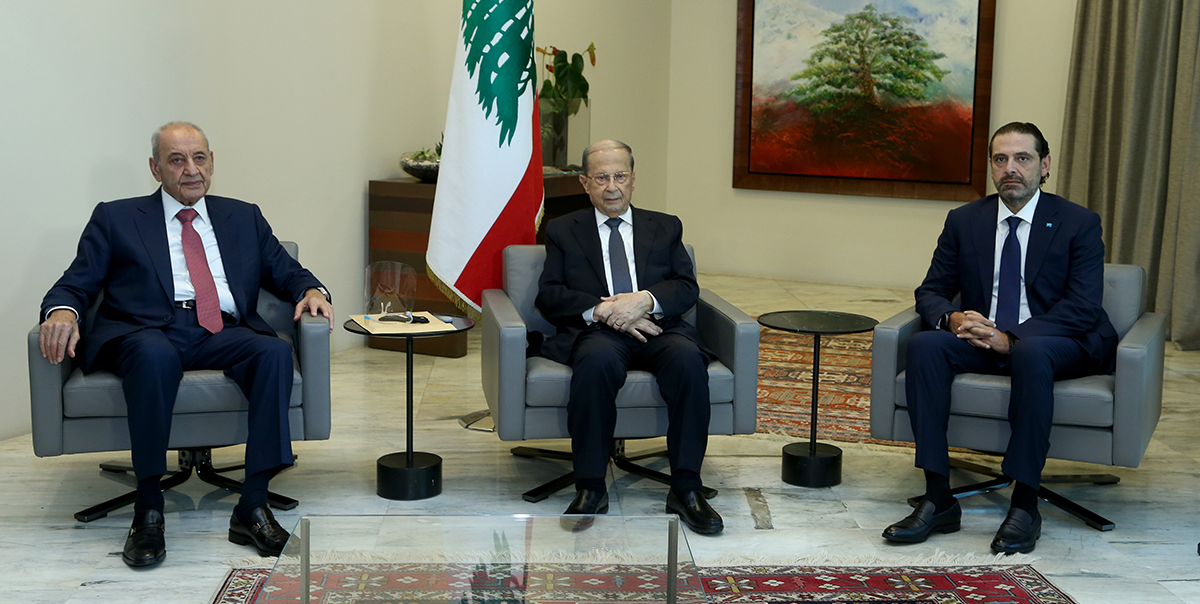 
Saturday marks the 100th day since Prime Minister-designate Saad Hariri secured a razor-thin majority nomination to form a new cabinet — his fourth in 11 years. In October 2019, street protests had forced his “national unity” government to resign. His comeback a year later was a cause for disillusionment among protesters and a signal that politics as usual, in its collusive and inefficient nature, was there to stay.

Cabinet formation in Lebanon is a notoriously lengthy and tortuous process — Mr. Hariri’s last attempt took nine months to complete. Today, however, the absence of a Lebanese government comes at a time when institutions and economic fundamentals are collapsing like never before.

Coupled with a parliament that refuses to pass laws that would at least slow down the pace of the collapse, this executive power vacuum threatens to further exacerbate politico-economic disintegration. Even the World Bank, an organization traditionally cautious and selective in its use of language, described Lebanon’s economic and financial decay as a “deliberate depression.”

A stalemate in action

The absurdity of the Lebanese debacle lies in how easy and acceptable it was — and still is — for the established political class to shy away from crucial and courageous decisions when the country needed them most.

When banks shut down in the immediate aftermath of the October 2019 protests, the Lebanese parliament refused to formalize capital controls. By doing so, it allowed and continues to allow hundreds of millions of dollars to flow out of the country at commercial banks’ discretion. In the meantime, hard currency needed to fund essential imports is becoming more expensive and less accessible.

When Hassan Diab’s cabinet, the current caretaker government, decided to default on Lebanon’s sovereign debt payments in March 2020, a feud ensued between government and Parliament on the magnitude and subsequent distribution of the financial system’s losses. Large discrepancies in numbers and politicians’ inability to agree on the scale of such losses have to this day grounded efforts to negotiate a bailout package with the International Monetary Fund. This continues to inhibit the country’s access to international financial markets.

When a forensic audit of central bank accounts and practices was floated as a core pre-requisite to foreign aid, establishment voices delayed the process and eventually killed it. Efforts to relaunch the audit after Parliament agreed to lift banking secrecy for one year are supposedly underway, but an auditor is yet to be appointed.

Examples abound, but the theme is consistent: Lebanese politicians have actively delayed, stopped, or outright ignored any serious attempt at political and economic reform. This national self-sabotage has particularly accelerated over the past 15 months as both domestic and international pressure and scrutiny intensified. Lebanon finds itself today in a political inaction trap where those who can move things are not while those who want to cannot.

Many political factors are at the root of Lebanese reform aversion. The current paralysis is indeed not due to a lack of know-how or planning capabilities. Technical plans abound. Political will, courage, and integrity do not.

A primary factor lies in the entrenched interests that the current political class shares with much of the central and commercial banking establishment. The major Lebanese political parties in Mr. Hariri’s second cabinet unanimously renewed the central bank governor’s term in 2017. More than a year into the financial crisis and as suspicions continue piling up, those same parties, known for bickering and mutual finger-pointing, have yet again colluded to shield him.

From their end, commercial banks, another core enabler of the financial meltdown, are comfortable and complicit with the political stalemate. In fact, 90% of the largest Lebanese banks have major shareholders linked to the political class. Like a game of Jenga, the exposure of central and commercial banking practices and mischiefs — a necessary prerequisite for true reform — is likely to bring down most of the political establishment with it.

Another gridlock factor is the establishment’s unwillingness to risk its political capital to implement much-needed reforms. From phasing out subsidies to tightening public sector spending, such unpopular measures will likely further depress the already waning public support for existing political parties. At the same time, however, an impoverished and desperate population provides fertile ground for more effective — and less costly — sectarian clientelism. This inherent feature of Lebanese politics is further deepening its roots in the absence of a strong state able to provide its citizens with social safety nets.

Finally, and in typical Lebanese fashion, reliance and bets on regional and international players or events continue to fuel domestic incentives to wait and stall. Sometimes real but often a smokescreen, such considerations dominate decision-making in Lebanese public life. Recent examples include the French initiative, the U.S. presidential elections, or the future of the Joint Comprehensive Plan of Action.

On the streets of Lebanon, there is little doubt that the political establishment is unable and unwilling to propel the country forward. In the months ahead, as a new U.S. administration settles in and diplomatic collaboration with Europe picks up again, the international community should help the Lebanese people achieve a domestic politico-economic breakthrough. Absent the latter, yet another Middle Eastern failed state awaits with all its security and humanitarian ramifications.

The main challenge consists of expanding humanitarian relief to avoid systemic socio-economic collapse without providing the political elite with a revival of legitimacy. This will involve conditional and publicly advertised aid packages contingent upon the implementation of specific economic reforms. Similar to some fundraising and relief efforts in the aftermath of the Beirut port explosion, partnerships with trusted domestic and international NGOs will remain essential.

In parallel, the international community should start emphasizing the need to conduct transparent parliamentary elections on time and as planned in May 2022. This is particularly important given politicians’ recent tendency to indefinitely postpone the process. If, as recent months have shown, they cannot change, the Lebanese people deserve the opportunity to change them. And although the alternative political scene may not yet be ripe in Lebanon, significant progress in both substance and organizational capacity has been made over the past few years.

In the meantime, a comprehensive and objective approach to stick-and-carrot waiving is needed to push all political elites toward making some of the pressing decisions articulated earlier. To date, hawkish measures such as sanctions — the efficacy of which is yet to be proven — have only targeted one specific side of the Lebanese political aisle. The other side remains as complicit and responsible for the political inaction trap that the country is stuck in.

Christophe Abi-Nassif is the director of the Middle East Institute’s Lebanon Program. The views expressed in this piece are his own.

‘This is My Night’: Egyptian Film Raises Awareness About Down Syndrome and Empathy