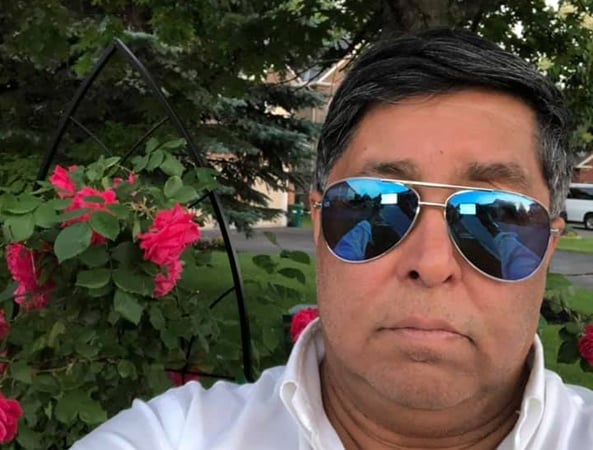 
The Globe and Mail, Canada’s most widely read newspaper on weekdays and Saturdays, has covered the story of Nizam Siddiqui, the senior analyst at the federal Privy Council Office whose antisemitic Facebook posts I exposed here last week.

A senior analyst at the federal Privy Council Office in Ottawa is facing an internal investigation after allegations that anti-Semitic comments were posted on his social-media account.

The Centre for Israel and Jewish Affairs and Friends of Simon Wiesenthal Centre recently told the Privy Council Office, which supports the prime minister and the federal cabinet, that the Facebook page of one of its senior officials contained anti-Semitic posts.

The two groups say that posts on the Facebook page of Nizam Siddiqui, who is listed as a senior analyst at PCO, make disparaging comments about the genetic background of Jewish people and claim many Jews participated in or enabled Nazi atrocities.

A statement from the two Canadian Jewish groups said the “Facebook page also includes a multitude of libels against Israel, referring to it as a ‘parasitic, racist, apartheid state,’ and indicates ‘likes’ for over a hundred extremist anti-Israel groups around the world.”

The statement quotes one post as saying Israel has “prospered by leeching off American taxpayers” and alleging that the Jewish state engages in “ethnic cleansing” and harbors pedophiles. The comments were first reported by Israellycool, one of the largest English-language blogs in Israel.

Mr. Siddiqui did not immediately respond to messages requesting comment. The PCO would not say whether Mr. Siddiqi has been suspended, but said the social-media comments are under investigation. The postings are no longer on Facebook.

“The Privy Council Office takes this matter very seriously. The government of Canada expects all of its employees to adhere to the Values and Ethics Code of the Public Service,” Paul Duchesne, director of PCO media affairs, said in a statement to The Globe and Mail. “We are following established procedures to determine the facts surrounding this matter to enable us to respond appropriately. We are unable to provide further details in accordance with the Privacy Act.”

Mr. Duschesne added: “We are shocked and disappointed with this content and we are taking immediate steps to determine the facts surrounding the involvement of this employee to enable us to respond quickly and appropriately.”

The two Jewish organizations said they were gratified that PCO took their complaints seriously and that they expect the matter will be dealt with in a manner that reflects the seriousness of such hateful actions and breach of public trust.

“In their response, the PCO officials re-affirmed that there is no place for such appalling attitudes amongst members of the public service,” they said.

I would just like to add a couple of points. Firstly, it is not true that “The postings are no longer on Facebook.” They well and truly are. Secondly, while the report suggests The Centre for Israel and Jewish Affairs and Friends of Simon Wiesenthal Centre were responsible for bringing it to the attention of the Privy Council Office, I happen to know many of you, my readers, also did so. You deserve credit just as much as they do.

Only two days after an extremist attack that saw 14 missiles...
Read more
Politics