The geopolitics of Crimea are important, but we mustn't overlook the persecution of Crimean Tatars 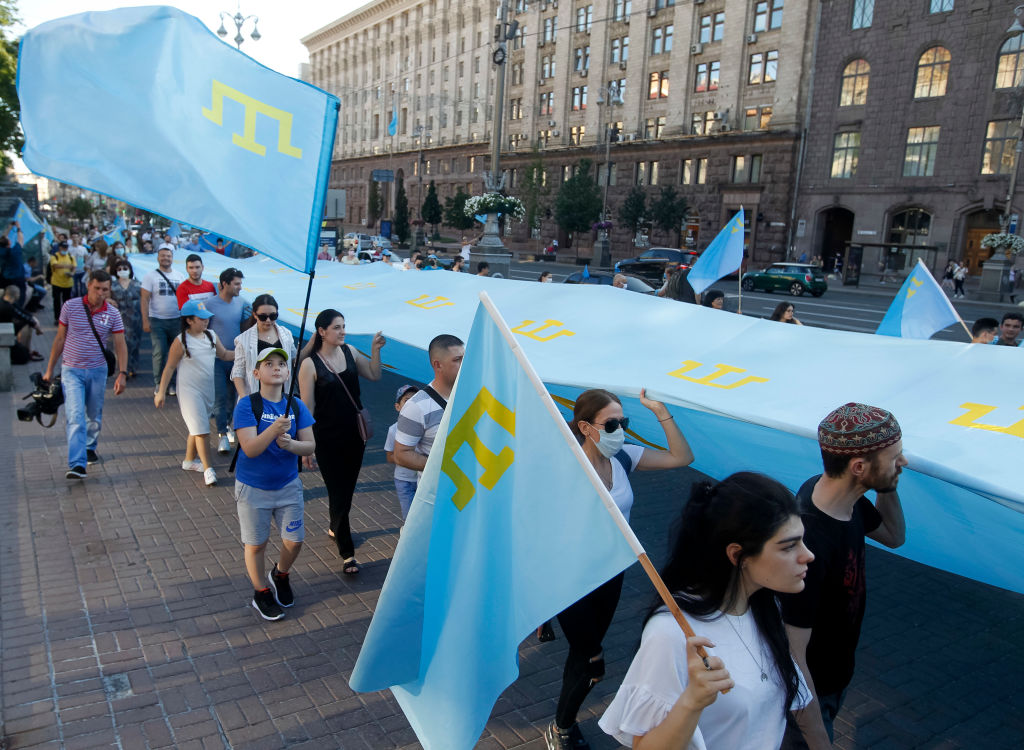 
When commentators and policymakers discuss Russia’s illegal annexation of Crimea in 2014, the focus is often placed on geo-politics and Black Sea security. This is understandable. After all, Russia has used its illegal land grab to make the Black Sea a contested region. It has also used its increased military presence on Crimea as a launching pad for Russian military operations in places further afield such as Libya and Syria.

While the geo-politics of Crimea are important, one should not overlook the tragedy taking place to many of the people living there. This is especially true with the Crimean Tatar community – an ethnically Turkic and religiously Sunni Islam minority population which has faced decades of religious and political persecution under Russian domination.

Earlier this month, Russia’s Southern Military Regional court sentenced three Tatars to lengthy prison sentences (Rustem Emiruseinov to 17 years, Arsen Abkhaitov to 13 years, and Eskendir Abulganiyev to 12 years in prison). Their crime? Being members of Hizb ut-Tahrir Islamic, a group that has been labeled as an extremist organization and banned in Russia, but is legal in Ukraine.

The Tatars have a rich and deep history in Crimea, but one often mixed with tragedy. The Crimean Khanate—a vassal state of the Ottoman Empire—survived for 300 years, until Catherine the Great took control of the peninsula in 1783. During the chaos following the Bolshevik Revolution and Russia’s civil war, the peninsula was finally incorporated into the Soviet Union. The Soviets never had the well-being of the Crimean Tatars in mind. Sometime in the 1920s, Vladimir Lenin reportedly wrote about his plans for the Crimean Tatars: “We will take them, divide them, subjugate them, digest them.”

Under the iron-fisted rule of Joseph Stalin, the Crimean Tatars were almost annihilated. Stalin claimed that the Tatars were enemies of the state because some sided with Nazi Germany during World War II. While many did fight for the Germans, many also fought for the Red Army against Nazism. In fact, eight Crimean Tatars were awarded the title “Hero of the Soviet Union”— the highest distinction in the Soviet empire. Amet-Khan Sultan, a Tatar pilot, won this prestigious award twice.

Nevertheless, the fact that some Crimean Tatars fought for the Nazis was a good enough excuse for Stalin to punish the whole community. In 1944, almost 180,000 Crimean Tatars were forcibly removed from their homes in Crimea and shipped east. Many ended up in Uzbekistan, but thousands were also scattered around Siberia. During this forced removal, tens of thousands of Tatars were killed.

The Crimean Tatars were allowed to return to Crimea during Mikhail Gorbachev’s perestroika reforms in the 1980s. In 1991, Crimea became part of an independent Ukraine. Life for the Tatars in an independent Ukraine, while not always perfect, was far better than anything they had experienced in the past century under Russian rule. Now under the rule of President Vladimir Putin, the Tatars are once again persecuted by Moscow. Before Russia’s annexation of Crimea in 2014 the Tatars made up about 13 percent of Crimea’s population. Today, it is anyone’s guess how many remain on the peninsula.

The Tatar Mejlis (a legislative body for the Tatars working to restore the national and political rights of the Crimean Tatar people) in Simferopol was vandalized before it was eventually closed down. This sort of vandalism against Tatar buildings and institutions has been a common occurrence since the Russian occupation.

In 2017 the International Court of Justice (ICJ) ruled that the closing down of the Tatar Mejlis was wrong and has called on Russian authorizes to allow the Mejlis to continue to meet. To date, Russia has ignored the ICJ.

Other senior figures of the Tatar community have either been arrested or banned from entering Crimea. Many more are routinely harassed by local authorities. The Deputy Chairman of the Mejlis, Akhtem Chiygoz, was arrested and jailed in 2015 for attending a pro-Ukraine rally in Crimea in February 2014. He has since bene released.

Among the more prominent Tatars barred from entering their homeland are Refat Chubarov and Mustafa Dzhemilev, the current and former chairman of the Mejlis respectively. In fact, as recently as last April Russia placed dubious criminal charges on Dzhemilev in absentia.

But closing down the Mejlis and targeting its members is just the tip of the Russian iceberg when it comes to persecuting the Tatars. For the past six years Russian authorities have carried out a campaign to undermine and erase Tatar culture.

Russian security services have raided homes and offices of prominent Crimean Tatars on dubious pretenses. Moscow has banned the annual ceremonies marking the mass deportation of the Crimean Tatars by Stalin in 1944. Russia has also banned select pieces of Crimean Tatar literature and religious books even though the same texts were acceptable when Ukraine governed Crimea. Tatar schools have been closed down.

Some in Moscow have even called for the “de-Turkification” of Crimea by changing the name of the peninsula and its major cities back to the names used by the ancient Greeks. For example, Crimea would become Taurida, Kerch would become Pantikapaion, Feodosia would become Theodosia, and Sevastopol would become Sevastoupoli. Ignoring the role that Turkic culture has played in Crimea’s history and suppressing the Crimean Tatar language amounts to nothing short of cultural vandalism.

The international community has for the most part stayed silent on the persecution of the Tatars. This is especially true of the Muslim world, with the exception of Turkey. Due to historic and cultural reasons, Turkey has been the champion of the Tatar cause. Furthermore, Turkish-Ukrainian relations have been getting closer recently. This is a natural response to the growing geo-political confrontation between Turkey and Russia.

For its part the Trump Administration made modest effort to highlight the plight of the Tatars. The U.S. has used its platform at the Organizations for Security Cooperation in Europe to raise the issue of Tatar persecution. In 2018 senior members of the U.S. State Department met with representatives of the Crimean Tatar community during a summit on religious freedom hosted in Washington DC. But more can be done.

The next Administration should consider inviting a delegation of Crimean Tatars to the White House as a way to highlight Russia’s persecution of the Crimean Tatars. The U.S. should work with Turkey other partners in the Muslim world to put pressure on Moscow about its illegal occupation of Crimea and its persecution of the Tatar community. With all the religious and political persecution taking place around the world it is easy to overlook what is taking place in Crimea. As policymakers focus on bringing peace to the Donbas region of eastern Ukraine, they should not forget the plight of the Crimean Tatars.

As the next Administration develops its Ukraine policy, the plight of the Tatars should not be ignored. Raising the issue of the Tatars is not only another way to pressure Moscow over its illegal annexation of Crimea, but also helps to advance the cause of religious freedom. The next Administration and the U.S. Congress should not hesitate to reaffirm American commitment and support for all the people of Ukraine, including the Tatars.

In turn, this will make both America and its allies safer.

Photo by STR/NurPhoto via Getty Images