The first test of the Abraham Accords 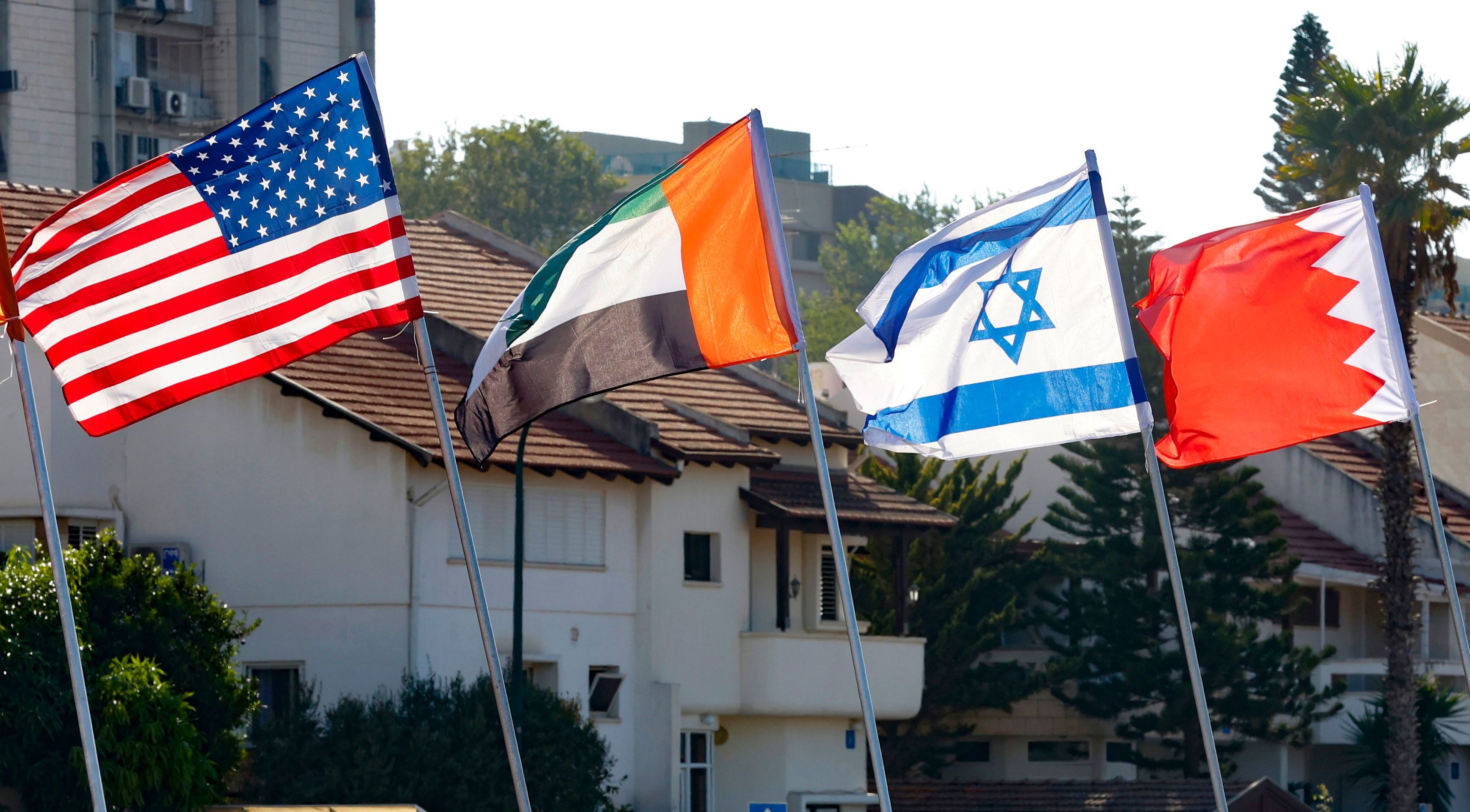 
The recent round of fighting between Israel and Hamas, and especially the events that preceded it in Jerusalem, were the first significant test of the Arab-Israeli normalization agreements signed in 2020. Saved by Hamas’ intervention, the four normalizing Arab governments were nevertheless forced to address the consequences of their agreement in the face of popular discontent with the situation at home as well as criticism from other Arab and Muslim states over their relative silence. How they respond to the evolving Israeli-Palestinian tension going forward will be critical not only in regard to their own relations with Israel but also in terms of the future path of Arab-Israeli normalization.

At the outset of the recent upsurge in Israeli-Palestinian conflict, governments in the UAE, Bahrain, Morocco, and Sudan, confronting vocal discontent about the situation among their own populations, criticized Israel. They blamed Israel and empathized with the Palestinians over what was happening in Jerusalem, reflecting their perception of the “violation of Palestinian rights and the sanctity of al-Aqsa.” The fact that the confrontations over Israeli actions in Sheikh Jarrah and on the Haram al-Sharif/Temple Mount occurred during Ramadan, especially on its holiest day, Lailat al-Qadr, only amplified Arab and Muslim anger. Thus, the four states were under pressure to show solidarity with the Palestinians after being accused of turning their backs on them when they originally agreed to normalize relations with Israel.

A shift in focus

Hamas’ intervention provided the four governments with an escape hatch. When attention shifted from the situation in Jerusalem to the confrontation between Israel and Hamas, it relieved pressure on the four governments and allowed them to lower their political profile. Statements on their part became more nuanced, and the criticism began to be aimed at both Israel and Hamas. Despite the basic empathy for the Palestinians and the extensive coverage highlighting the death and destruction in Gaza, the attacks on Israeli citizens were also reported. Some columnists in the Arab media, who often reflect the positions of the regimes, accused Hamas of initiating the round of fighting and thereby harming the people of Gaza. They even expressed sympathy with Israeli citizens forced to stay in shelters due to Hamas rocket fire. They also refrained from commenting on the violence between Jews and Arabs within Israel.

There was a broad sense in the Arab world, and certainly among the states that have agreements with Israel, that they did not want to see Hamas, given its cooperation with Iran and affiliation with the Muslim Brotherhood, emerge from the conflict with greater popular support. Indeed, some had hoped, though not openly, that Hamas would come out weaker. In their view, their initial silence on Gaza gave Israel additional time to degrade Hamas, albeit in vain. However, as the campaign in Gaza continued, it became more difficult for them to stick to this political line, despite their ambivalence over Hamas. In light of the scale of the destruction in the Gaza Strip, regional coverage shifted again to greater expressions of support for the Palestinians and criticism of Israel. That the fighting ended when it did likely prevented a possible erosion of the agreements and damage to the newly established relations.

Where do things go from here?

The Israel-Hamas cease-fire is holding, and international reaction is coming into focus, at least in the short term, on the need to address again the Israel-Palestine dynamic as a core friction point in the Middle East. U.S. Secretary of State Antony Blinken’s travel to the region, his expressed commitment to re-establish U.S.-Palestinian relations on their pre-Trump basis, and pointed U.S. statements referring to equal Israeli and Palestinian rights to live in peace and security, have opened a gap between U.S. policy and the normalizers. Thus, pressure will undoubtedly mount again on the four normalizing Arab regimes to use their diplomatic relations and, in the case of the UAE, their financial ties with the Israelis to press the case for a fundamental shift in Israel’s treatment of Palestinians both in Israel and in the Palestinian Territories. Their own populations, largely quiescent at the time of the normalization agreements, are also energized and expect to see their governments take a more aggressive stance on the Palestinian issue, although how long that energy will last remains to be seen.

The recent conflict also raises doubts about the future prospects for further Israeli-Arab normalization agreements in the absence of tangible progress in addressing the Palestinian issue. Although it has expressed support for the normalization process, the Biden administration was already unlikely to offer the kind of inducements for normalization that the Trump administration had used to convince the original four to sign on. Thus, with Israel-Palestine relations once again a contentious issue in the world arena, there’s little incentive for additional Arab states to make the leap at the moment. That leaves the initiative in Israeli hands — if the Abraham Accords are important to Jerusalem, they will need to find new ways to address the Palestinians and demonstrate that the decades-old conflict is on its way to resolution.

Dr. Yoel Guzansky is a Senior Research Fellow at the Institute for National Security Studies (INSS) specializing in Gulf politics & security. Amb. (ret.) Gerald Feierstein is senior vice president at the Middle East Institute. The opinions expressed in this piece are their own.