The Democrats May Not Be Able to Concede 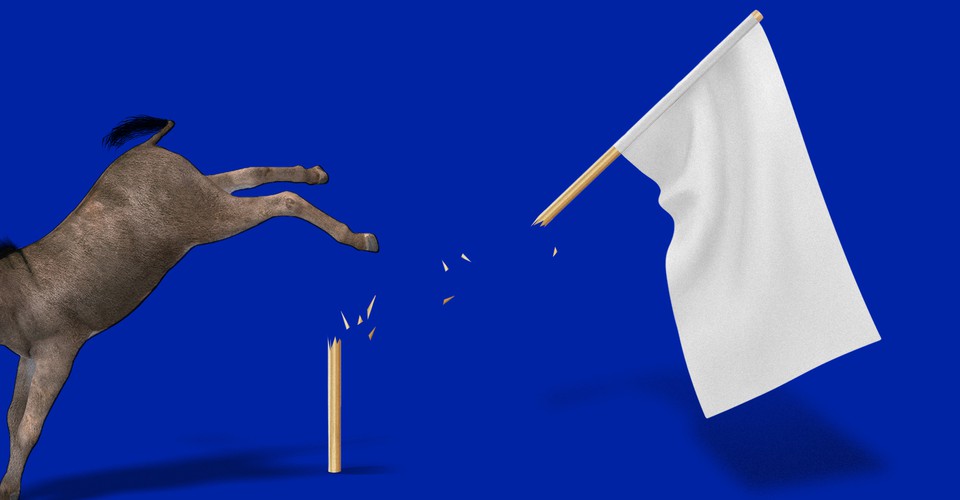 
Liberals had enough trouble accepting the results of the 2016 election. In some sense, they never really came to terms with it. The past four years have witnessed the continuous urge to explain away the inexplicable, to find solace in the fact that the voters betrayed them. How could so many of their fellow Americans side with a racist and a fabulist, someone so callous and seemingly without empathy? It was easier to think that those Americans had been lackeys, manipulated and deceived, or that they simply hadn’t understood what was best for them. Moreover, the Russians had interfered, and tipped the balance in an extremely close election through propaganda, fake news, and collusion with the Trump campaign. Perhaps, as former Senate Minority Leader Harry Reid suggested, the Russians had even tampered with the vote itself.

That was then. This time, it would be worse. In 2016, Trump hadn’t ever held political office, so no one could truly grasp just how bad, and exhausting, a president he might become. Perhaps in 2016, too many voters were unwilling to believe that America was “already great” (and, for too many, it wasn’t). They had no reason to be content with the status quo, so their willingness to try something quite risky was understandable. Now, though, everyone should know the risks. Moreover, Hillary Clinton was an unusually polarizing candidate, whereas Joe Biden tends to attract attention for not attracting attention.

Because Biden’s poll numbers this year have mostly been higher than Clinton’s were in 2016, a Trump victory will be even harder for the left to absorb. Until Democrats (and commentators like myself) started panicking recently, overconfidence had set in. The polls offered good reason to think that a Trump victory was drifting out of reach—and they still show the former vice president with a significant, if diminished, advantage. No matter how the polls shift, a Trump win means a squandered lead and shattered expectations.

David A. Graham: The ‘blue shift’ will decide the election

If Trump manages to win, recent polling data indicate, he will likely do so despite losing the popular vote. That will fuel disillusion not just with the election outcome but with the electoral system. The popular-vote numbers will be used to argue that Trump won without winning—again. In theory, this could be a good thing, if it birthed a mass movement to change the way Americans choose their presidents. In practice, though, Republicans, after prevailing only in the Electoral College for the third time in six elections, will vehemently oppose any attempt to abolish it, further driving despair among Democrats that change can come about through “normal” politics.

Liberals have convinced themselves that Republicans are, in one way or another, cheating. In addition to all of Trump’s norm-breaking, the GOP is gerrymandering, purging voter rolls, and shutting down polling places in Black neighborhoods. Yet Republicans wouldn’t have been able to do these things if they hadn’t won enough statewide and local offices in the first place. They have put themselves in a position to enact their favored redistricting and election procedures by finding candidates and pursuing policies that made them competitive in formerly Democratic states, demanding a level of party discipline that Democrats can seldom muster, and getting their supporters to turn out for down-ballot races. Republican manipulation is what the democratic process itself has produced, however unfair, and it can be undone only through that same process, however flawed. To some degree, this is just how the game is played, and Democrats need to play it better if they want to win the Electoral College. Having won the presidency twice in the recent past, Democrats are surely capable of prevailing via normal means, but promising voters a slightly improved version of the present may not necessarily be the best way to do it.

How tech is cementing the UAE-Israel alliance