The Coronavirus Killed the Revolution 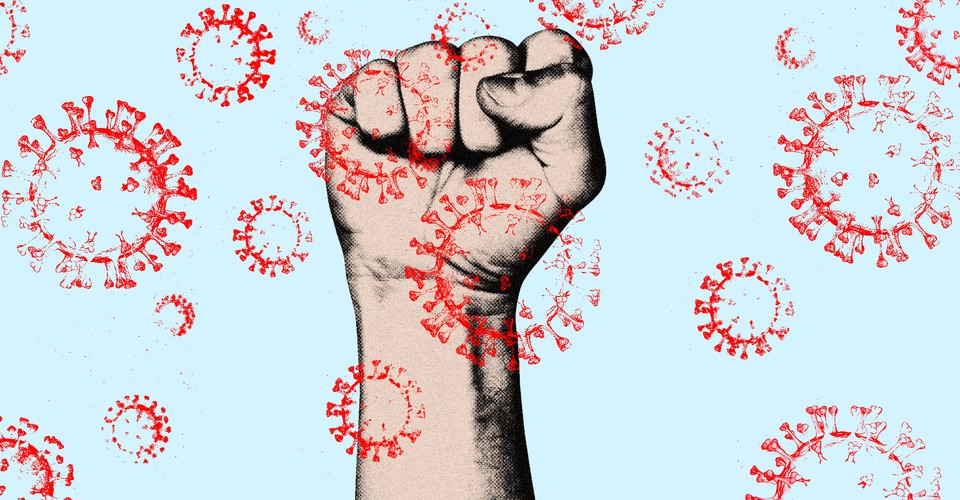 
The left-wing retort of “don’t mourn, organize!” at least attempts to take the melancholy of defeat and make it into something productive and affirming. But, today, the option of organizing isn’t as readily available, not just in physical terms but in psychological ones. It is harder to build something new when you feel suspended in time and place, waiting for the after of a pandemic to arrive.

So, then, what happens whenever after comes? Since an event like this hasn’t happened before in our lifetimes, the speculation is wild, and it covers an overwhelming range of possibilities. The left-wing hope is that the pandemic will demonstrate the need for national and universal healthcare. Some on the right see the crisis as further fueling distrust of institutions, authorities, and elites, redounding as it often does to the benefit of populists. For nationalists, the virus offers up a reminder of the virtues of hunkering down, fearing foreigners and travel, and railing against globalization and the intertwining supply chains that sustain it. In a piece titled “We’re All Orbán Now,” referring to the controversial Hungarian prime minister, National Review’s Rich Lowry writes, “This crisis is bringing home that, when push comes to shove, everyone believes in borders.” Meanwhile, a corner of the anti-globalization right believes that this is the right moment, finally, to resuscitate the idea of autarky, or economic self-sufficiency.

Related to this is the question of whether the mounting deaths from the virus will bring us together or tear us apart. Which “authentic” version of ourselves will it reveal—the selfish or the sacrificing? The history of pandemics isn’t encouraging. As the author Ben Judah pointed out on Twitter, “The Black Death led to a terrifying spike in antisemitism and pogroms with Jews being accused of poisoning the wells, being immune, or having bought down the wrath of heaven.” In A Journal of the Plague Year, Daniel Defoe writes of the plague descending on London in the 17th century: “But, alas! This was a time when every one’s private safety lay so near them that they had no room to pity the distresses of others; for every one had death, as it were, at his door.” More recently, during the Spanish-flu pandemic of 1918–20, more than 650,000 Americans died, yet, as the New York Times columnist David Brooks notes, “When it was over, people didn’t talk about it. There were very few books or plays written about it … Perhaps it’s because people didn’t like who they had become.”

Who will we become?

Western democracies—including the United States—are fundamentally different from what they were a century ago. They are more democratic, and we as citizens are more equal. We are less siloed and more aware of what other regions and communities are dealing with. In relative terms, we have better social safety nets and stronger, more interventionist states than those that had to contend with the Spanish flu. If the death tolls were higher, resembling the literal apocalypse, these anchors would likely begin to collapse, forcing citizens to prioritize survival of themselves and their loved ones, the collective be damned. But short of that, it means that the safety of the individual depends on the safety of the community—and ultimately the nation.

Syrian refugees in Jordan use donkey-drawn carts amid lockdown

AMMAN, Jordan — With the Zaatari Syrian refugee camp being isolated for more than a year as part of Jordan’s preventive measures against COVID-19,...
Read more
Travel