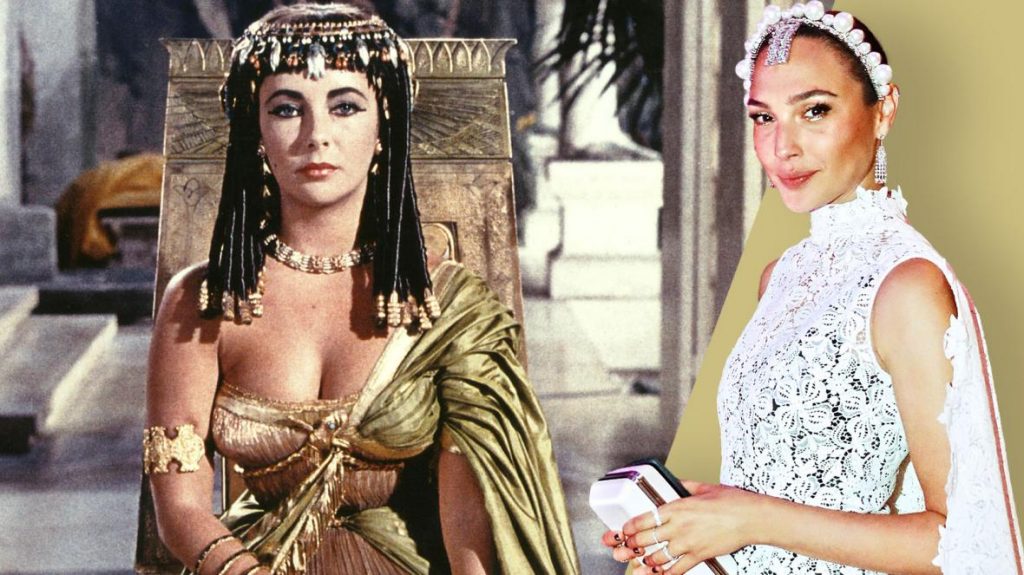 Last week, Israeli actress Gal Gadot announced that she will be starring as Cleopatra in an upcoming biopic about the last Pharaoh of Egypt. The news inspired heated debates, with many accusing the Wonder Woman actress of whitewashing, White others pointed out that the late queen was ethnically White due to her Greek ancestry.

This is not the first time a non-Egyptian actor has been cast to play an Egyptian character in a Hollywood blockbuster. Earlier this year, American actor Dwayne Johnson took to Twitter to share the first teaser for upcoming DC Extended Universe film Black Adam, which will see The Rock play the eponymous role: an Ancient Egyptian supervillain.

This race row surrounding the casting of Gadot is the latest in a series of highly controversial decisions to prompt claims of whitewashing, most notably and (blatantly) casting Scarlett Johansson in the role of Motoko Kusanagi, a Japanese animated character, in the 2017 sci-fi film Ghost in the Shell, and Russel Crowe in the 2014 biblical drama Noah as the titular role.

This latest controversy may appear a little less black and white, due to the layered nature of Egyptian identity and history, but it is whitewashing nonetheless because it perpetuates the erasure of certain groups and cultures and denies them visibility in film.

Cleopatra May Have Been Part Egyptian

Gadot’s fans were quick to point out Cleopatra’s Greek heritage to dispel allegations of whitewashing, but this argument lacks nuance.

This, coupled with the fact that the Ptolemaic dynasty practiced inbreeding and sibling marriage, explains why Cleopatra VII is widely considered to have been of purely Macedonian Greek descent. However, this has been contested by some Black American scholars, namely John Henrik Clarke and Joel Augustus Rogers who both hypothesized that she was Black African.

And while it is rather unlikely that Cleopatra of Egypt was Black—based on contemporaneous depictions which portray her as a Mediterranean woman, recent findings indicate that she may have been part North African. Though Cleopatra’s mother’s identity remains one of histories most enduring mysteries, a 2009 theory by Hilke Thuer suggests she may have been African in origin.

The scholar claims that based on an analysis of what she believed to be the remains of Princess Arsinoe, Cleopatra’s sister had an African mother. The researchers working with Thuer believe that Arsinoe’s mother was likely Cleopatra’s as well, which furthers the belief that the queen was part Egyptian.

Although Thuer’s findings have been widely criticized and discredited, they do build on a bigger dissenting narrative about Cleopatra’s racial identity. In a 2010 article, Ohio State University historian and archeologist Duane W. Roller hypothesizes that “it is probable that [Cleopatra VII] had some Egyptian blood, although the amount is uncertain.”

Roller attributes this to the fact that Cleopatra’s grandfather may have had “at least one concubine of uncertain origin, who may have been Cleopatra’s grandmother.” Similarly, the queen’s father, who had more than one wife, may have fathered his five children with women other than his sister. Those women were likely of significant status in Egyptian society, according to geographer Strabo, which rules out members of enslaved communities and concubines, Roller argues.

“[This] makes it possible that Cleopatra’s mother was of the traditional Macedonian Greek stock. But this may not have been the case, so one may need to look elsewhere for the ethnic background of Cleopatra’s mother. Yet there is only one other ethnic group that produced women of status in contemporary Egypt: the Egyptian religious elite, which in fact had a long history of intermarriage with the Ptolemaic dynasty. So Cleopatra’s mother may have been Egyptian, but she probably also had some Macedonian background,” the Ohio State University scholar writes.

This theory about the identity of Cleopatra’s unknown mother was further reinforced by American archeologist and Egyptologist Betsy Bryan of Johns Hopkins University who told Newsweek that the queen’s mother “has been suggested to have been from the family of the priests of Memphis. If this were the case, then Cleopatra could have been at least 50 percent Egyptian in origin.”

Furthermore, Cleopatra was the first Ptolemaic ruler to speak the Egyptian language, which, according to Roller, could indicate “close association with an Egyptian speaker, perhaps her mother.”

In a perfect world, one where no one particular culture dominated all the others and where actors of color were afforded equal opportunities and access, the decision to cast Gadot as Cleopatra wouldn’t be met with so much controversy. But the reality is this: cishet White actors will always have more opportunities.

That is not to conflate Gadot’s Ashkenazi Jewish heritage with whiteness, but it does reflect the privilege she is accorded by White America compared to her Arab and North African peers.

The ambiguity surrounding Cleopatra’s racial background has led many to classify her as Mediterranean because it is a larger identity that groups the queen’s Macedonian Greek origins, her North African culture and influences, as well as Gadot’s Israeli nationality, thus preempting any whitewashing outcries.

This classification, however geographically accurate and convenient, oversimplifies what it means to be Mediterranean and doesn’t take into consideration the distinctions that exist between Mediterranean peoples and subsumes, rather than highlights their different experiences.

It also promotes the fallacy that race consists purely of physical attributes and is only skin-deep. By this logic, Gadot’s white privilege can be laughed off simply because she is likely physically indistinguishable from a North African woman, and while that may be true, this position couldn’t be more untenable because the two identities were shaped by different generational narratives and cultures. More importably, however, the two identities are not regarded equally in Hollywood.

As a Mediterranean people, Egyptians are among the most underrepresented groups in Hollywood—and indeed American life; the same cannot be said for Israelis. The fact that the role of Cleopatra wasn’t given to an Egyptian or a Greek-Egyptian actress is yet another reminder of the barriers that people of color, especially from the global south, face in the American entertainment industry.

There is a privilege differential that allows some non-American actors, like Gadot and many others, to thrive in Hollywood, while African, Arab, and Asian performers struggle to break through barriers that seem to have been specifically designed to keep them out of Tinseltown. And representation is the only way to break this cycle.

Whitewashing is nothing new in Hollywood and this controversy is nothing but a continuation of this shameful practice in the industry. However, casting Gadot in the role of Cleopatra goes beyond whitewashing, it is cultural theft because it deliberately misrepresents a historical Egyptian figure.

Like Elizabeth Taylor before her, Gadot could become the face we recognize Cleopatra as for generations to come. Not only does this make for an ahistorical representation of the iconic ruler, it is also exclusionary to millions of Egyptians who have a rightful claim to Cleopatra and her legacy.

This latest instance of cultural appropriation renders Cleopatra—a figure whose influence over Egyptian culture can still be felt today—and her legacy inaccessible to Egyptians, a people who worshipped and deified her during her reign and continue to idolize her to this day.

The decision to cast Gadot in the role of Cleopatra comes at a time when Egyptian women face mounting challenges to their civil liberties and individual rights. Casting Gadot as Cleopatra, one of the most remarkable female leaders in world history, alienates young Egyptian women and girls from her feminist legacy. This chips away at the proud tradition of Egyptian feminism and undermines national and social imaginaries that center women’s voices and female leadership.

When announcing the news, Gadot, who is also producing the biopic, famously that said she and her collaborators, Wonder Woman director Patty Jenkins and screenwriter Leata Kalogridis, plan “to tell [Cleopatra’s] story for the first time through women’s eyes, both behind and in front of the camera.”

And while that is indeed progress, compared to Joseph L. Mankiewicz’s 1963 Cleopatra, starring Elizabeth Taylor in the titular role, Egypt’s last Pharaoh deserves to be portrayed with all the nuances and complexities of her experience and personal history, which, in more ways than one, mirror those of Egypt’s diverse and multicultural heritage.

The opinions and ideas expressed in this article are the author’s and do not necessarily reflect the views of Egyptian Streets’ editorial team. To submit an opinion article, please email [email protected]