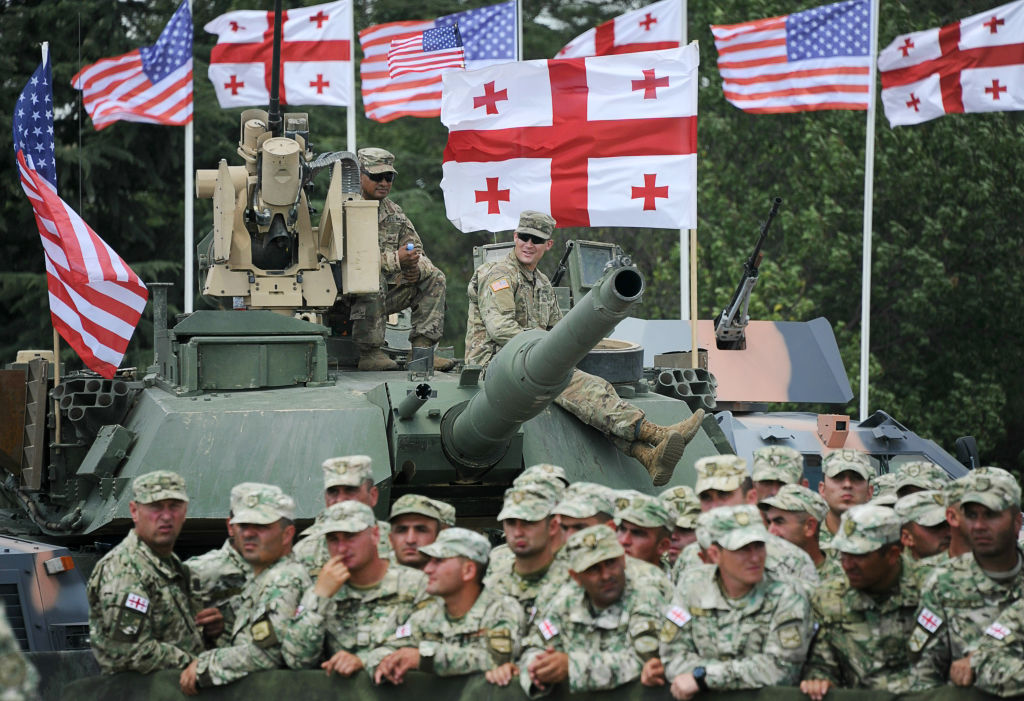 
Georgia’s Western future became a central part of U.S. foreign policy last week. During his confirmation hearing, Secretary of State Antony Blinken reiterated that Georgia should join NATO as soon as it meets the criteria. Blinken’s remarks are timely. Georgia faces increasing Russian political pressure and military presence, exacerbated by the recent second Nagorno Karabakh war. At the same time, and following a decade of stalemate, there have been significant breakthroughs in the cases brought by Georgia against Russia in front of the European Court of Human Rights (ECHR) and the International Criminal Court (ICC). With Georgia’s Western path resurfacing on the international agenda, Eastern European countries will be watching to see if the Biden Administration’s foreign policy can make a difference to regional security.

Two days before the inauguration of President Joe Biden, the now confirmed Secretary Blinken restated a promise America made at the NATO Bucharest Summit in 2008: Georgia will join the Alliance once it meet the requirements. By that stage, Georgia had demonstrated its value as a strategic partner to the U.S. in Afghanistan and Iraq. Russia invaded Georgia and occupied 20 percent of its territory in response to the Alliance’s inability to reach consensus on extending a Membership Action Plan (MAP) to Georgia with a clear path to membership. The reaction from the Bush Administration was lukewarm while the Obama Administration later opted for a reset policy with Russia.

Following the 2008 invasion, Georgia recovered from the economic impact of conflict with the help of Western partners and has developed into the only stable democracy in the South Caucasus. Georgia also meets the technical requirements to join the Alliance.

But Georgia’s security has consistently deteriorated in the face of Russian aggression. Since 2008, Russia has conducted hybrid warfare against Georgia through borderization, embargos, passportization, and cyber-attacks. Moscow’s invasion of Ukraine in 2014 and subsequent militarization of the Black Sea exacerbated Georgia’s insecurity. Most recently, the second Nagorno Karabakh war saw some 2000 additional Russian “peacekeeping” troops deployed to Georgia’s south. The West has watched idly as Europe’s borders are changed and Russia gains greater control over critical infrastructure and resources vital to Western security.

Recent months have brought a series of positive, albeit long overdue, developments for Georgia’s Western path. The ICC recently appointed Deputy Minister of Justice Gocha Lordkipanidze as judge, the first Georgian to become the member of the court. This could make a tremendous difference in holding Russia to account for the crimes it committed against Georgia. And just last week, the ECHR ruled that Russia as an occupation force is responsible for committing a series of human rights violations during the 2008 war, including the murder of civilians, looting, and burning of homes. This is a landmark decision for the ECHR, which has dragged its feet for more than a decade.

While Georgia’s NATO membership is being discussed on Capitol Hill, Washington’s allies in Eastern Europe will continue to advocate for strengthened U.S. commitment to transatlantic security. Over the last decade, Russia has waged hybrid war not just in Georgia, but across the Eastern Flank, from the Baltic Sea through the Black Sea all the way to the South Caucasus and the Eastern Mediterranean. In the Baltic Sea, thousands of NATO troops are stationed as a military tripwire in case of a Russian attack. Russia bombed Eastern Ukraine and annexed Crimea in 2014, and subsequently militarized the Black Sea, threatening NATO territory. In the Eastern Mediterranean, Russia intervened in Syria in 2015 at the request of President Bashar al-Assad, triggering a series of proxy wars, including between Russia and the U.S. In 2020, Russia deployed troops to the Nagorno Karabakh. A tougher U.S. stance on Russia means containing Moscow from further fueling Eastern European insecurity. There is hope this could become reality, especially in light of sanctions placed on Russia by the Biden Administration following the Kremlin’s poisoning of political opposition leader Alexei Navalny.

America’s Eastern European partners, from Georgia to the Baltics states, desperately need Washington to develop a more assertive Russia policy. Without U.S. support, these states stand no chance against Russian aggression. This is why Secretary Blinken’s statement is so important. But the ability of the Biden Administration to make a real difference to Eastern Europe’s security will depend on a series of concrete actions.

Some of these measures are already in place in Eastern Europe. The Biden Administration’s political commitment to Georgia’s Western future will be considered a relief for a country surrounded by Russian military in a geopolitically strategic region. It will be an objective response to Georgia’s efforts and will also serve as an important step toward greater transatlantic security. But for Eastern Europe, the last decade has represented a balancing act of Western reassurances and constant Russian aggression. It’s going to take great commitment from the Biden Administration to deliver on the former and prevent the latter.

Iulia Joja is a senior fellow with MEI’s Frontier Europe Initiative. The views expressed here are her own.