The 2020 American election: A view from the Gulf 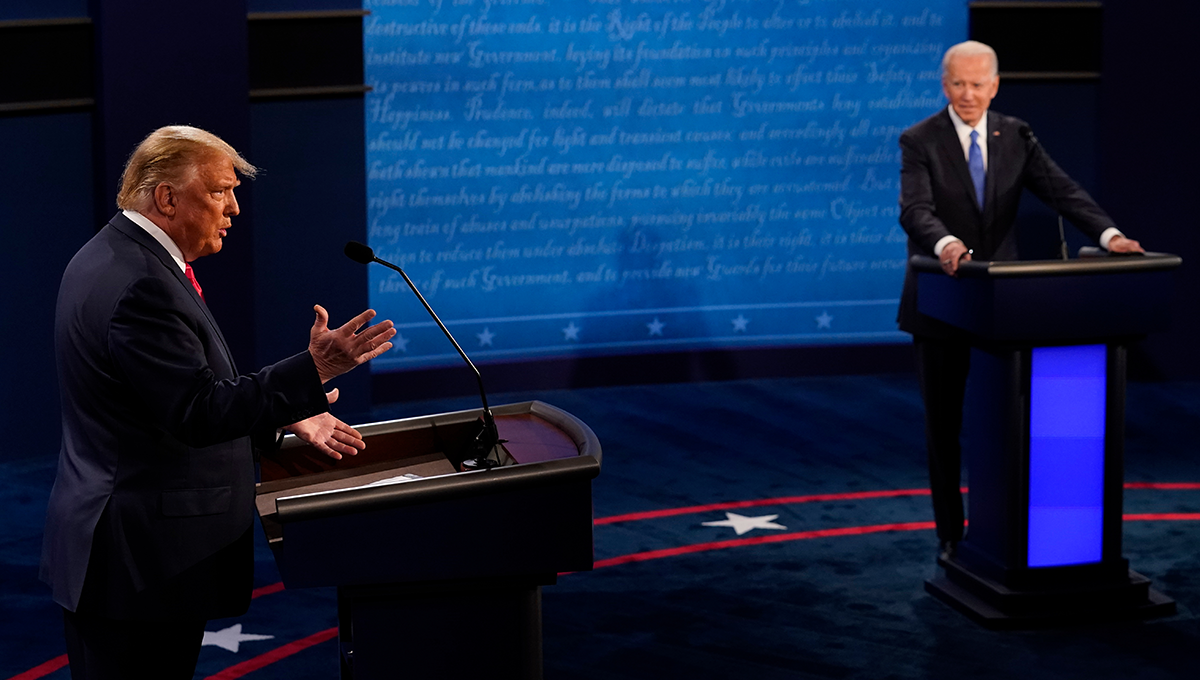 
The upcoming American presidential election is top of mind for the Arab Gulf states. This is no surprise as there is so much at stake for them. As the race enters its final critical week, all eyes are on who will occupy the White House for the next four years — and the Arab Gulf states have their preferences.

America has been a strategic partner and an essential pillar of Gulf security for the past 50 years and despite the new conventional wisdom that it is in retreat from the Gulf and the Middle East more broadly, the U.S. remains a key global power that will shape Gulf security for years to come. Gulf oil might not be as vital an interest as it once was, but the six Arab Gulf states of Saudi Arabia, the UAE, Kuwait, Oman, Qatar, and Bahrain have gained so much strategic and financial weight of their own that they are now central to the well-being of the global financial system. America is still indispensable to Gulf security, but the Gulf is also becoming an indispensable regional partner for whoever wants to lead the world in the 21st century. Today both sides need each other more than ever before.

So, keeping a close eye on the American election is not a luxury but a necessity for the various Arab Gulf capitals. It is by far the most politically important election of the year. It also happens to be the most exciting, entertaining, and drama-filled one too. The 2020 election is surely the longest and most divisive election in American history, and indeed the most costly. Campaign spending in the 2020 cycle is forecast to hit a record $11 billion, with just over $5 billion of that going to elect the 46th president of the United State of America.

Very few people around the world stay up late at night to watch Japanese, Russian, Italian, Spanish, Australian, or Canadian elections, all of which look parochial by comparison. The American election has vast global ramifications and significant consequences for the Arab Gulf region, including Iran, which is desperate to see President Donald Trump roundly defeated. A Joe Biden win will be considered a gift from God by the radicals in Tehran.

American presidential elections are not only closely watched by Gulf governments and officials, but they also tend to be the topic of the hour for Gulf media and the public at large. There is already a great deal of betting on the outcome, with wagers both small and large, including some bets as big as $100,000, unsurprisingly in Trump’s, rather than Biden’s, favor.

The Arab Gulf states know full well there is a world of difference between Trump and Biden. Yet both candidates are no strangers to Gulf officials. They have dealt with Trump for the last four years and know his ups and downs. They know he is erratic and has been at times insulting too, but they have dealt with his mood swings, Twitter misuse, and unconventional style successfully. Gulf officials are also familiar with Biden from his time as vice president during the eight difficult years of the Obama presidency.

Over the past 70 years, Gulf capitals have developed three golden rules for how to successfully work with any American president. The first is that most Arab Gulf states prefer presidential and political continuity over the disruption that a new president brings. They choose the known over the unknown. That means they prefer Trump, no matter how unpredictable he is, over Biden, no matter how decent he seems. They are better off with four more years of the incumbent than a new administration that promises to undo everything its predecessor has done.

The second golden rule learned by the Arab Gulf states over the years is that they prefer Republican over Democratic presidents. Historically, Republicans have a deeper appreciation of the American-Gulf relationship. They understand Gulf security concerns and are more personal in their outreach to Arab Gulf leaders. Personal affinity is highly valued in this part of the world over political relationships, and Republican presidents have proven to be masters at it. The differences in the approach taken by the two Bushes and Barack Obama are only the latest examples of this. Thus, despite his somewhat rude manner, Trump is the favorite, not Biden, in the current American election. The Arab Gulf states will never forget that President Trump took his first overseas trip to Riyadh. They have probably paid for it handsomely, but the trip was hugely appreciated and worth every penny.

Finally, the third golden rule has to do with the tightly held secret recipe the Arab Gulf states have developed over the years in their dealings with Washington politics and the America political establishment. They have dealt successfully with 14 Democratic and Republican presidents over the past 70 years. They have adapted remarkably well to the good, the bad, and even the nastiest president, and in all cases, they got the most out of them they could. The key has always been mutual interest. There are plenty of tangible interests that govern Gulf-American relations; they are numerous, enduring, and grow by the day. No American president can afford to tamper with these mutual interests — not even President Biden, no matter what he says during the campaign season. He will change his mind once he is in the Oval Office. Of course, before he attends to Iran and Arab Gulf politics, he will first have to deal with more pressing issues at home, like convincing nearly 100 million Americans to wear masks in his first 100 days.

The Arab Gulf states’ time-tested recipe has worked well with President Trump, the most unpredictable president in American history, and it will also be able to accommodate President Biden as well. At the end of the day, a Biden presidency might not be all that different from Obama’s; indeed, some have already dubbed him “Obama lite.”

Abdulkhaleq Abdulla is a Professor of Political Science from the UAE. The views expressed in this piece are his own.