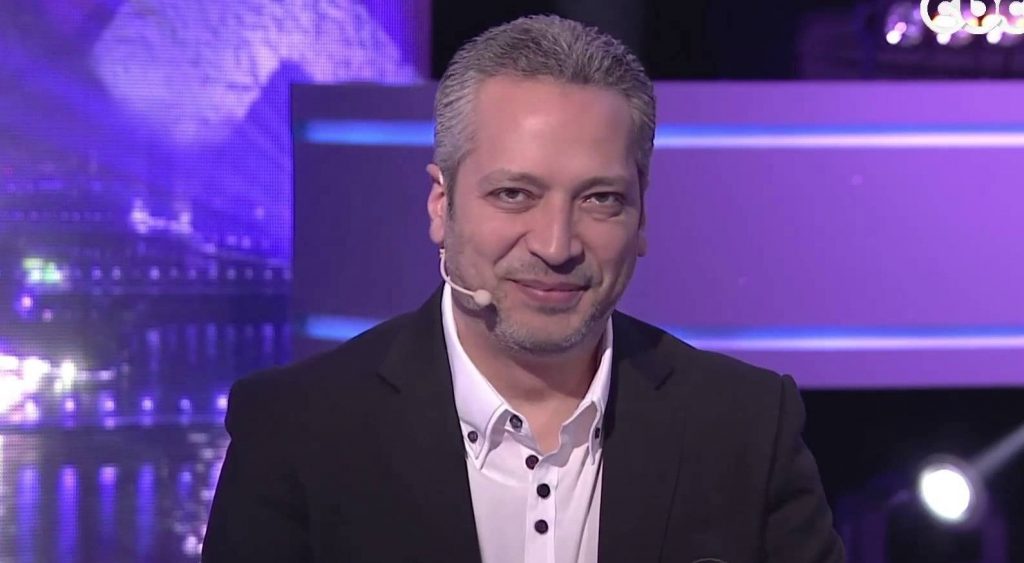 The Egyptian Supreme Council for Media Regulation (SCMR) has officially announced the suspension of popular TV personality Tamer Amin on Friday 19 February due to offensive comments he made about Upper Egyptians.

Amin made the offensive comments in a segment on his program  Akher El Nahar (The End of the Day) where he discussed overpopulation, claiming that Upper Egyptian families “intentionally” give birth to “a slew of children” to add use them and their labour to add to the family’s income.

“Unfortunately, I hope my words do not offend you…in rural areas and Upper Egypt, there is a high percentage [of families] who give birth to boys and girls not to [raise them and educate them to build a career for themselves], but rather to spend money on the father and mother,” Amin said.

Amin’s comments were, however, taken to heart by many, with many Egyptians launching a variety of angry hashtags in response to his comments.

This segment comes in light of state efforts to counter overpopulation in Egypt. Dar al-Iftaa – the official Egyptian Islamic governmental body – also recently launched a campaign on its pages on Facebook and Twitter titled “Birth Control is Permissible.”

This is in attempt to oppose religious discourse that claims the prohibition of family planning and birth control methods, and to raise awareness on these false claims.

During the inauguration of a number of hospitals on Tuesday 16 February, President Abdel Fattah El Sisi stated that “overpopulation is a national security matter” and that the impact of public projects will not reach the citizens unless annual population growth is cut to 400,000 [from 2.4 million].

It is worthy of note that Egypt’s current natural rate of population growth is at nearly 50-year low, currently being at 1.75 percent according to the Egyptian Central Agency of Public Mobilization and Statistics (CAPMAS).

In 2018, the Ministry of Social Solidarity launched a campaign called ”Etnein Kefaya” (Two [children] is enough) in order to get curb the number of children in Egypt, particularly in the most populated areas. Upper Egypt represents less than a quarter of Egypt’s total population.

The campaign seeks to provide free birth control to families and cooperates with 100 local NGOs to develop family clinics and appoint 3500,000 home visits in Egypt’s highest governorates with the highest birth rates such as Beheira, Giza, Beni Sweif, Luxor, Aswan and Qena.

We need to create ecosystems that enable failure as a normal part of life. This starts from the home, the school and the...
Read more