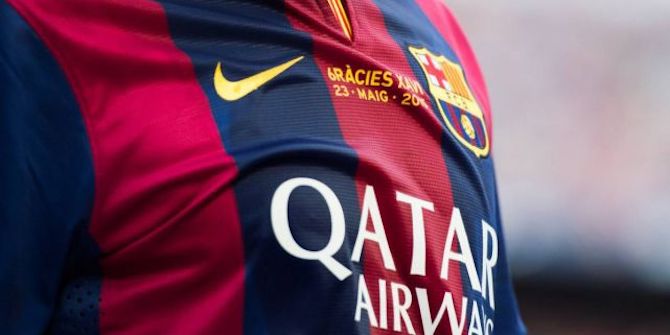 Sport has been a feature of human societies worldwide throughout centuries. As a means to overcome language and sociocultural barriers, sports diplomacy incorporates the universal love for sports which crosses borders. It can, as such, enable interaction between cultures. Since ancient times, intercultural sporting events have been an integral part of efforts to improve ties between states.

The development of major international sporting competitions has drawn the interest of billions of people worldwide, with sports playing a major role in public policy and diplomacy. Today, the Olympic Games are the most salient example of sports diplomacy. The modern Olympic tradition is influenced by its ancient namesake, and aims to foster unity, human dignity and intercultural understanding, with some degree of success. Historically, both the Greeks and Romans considered sports an avenue to strengthen social relations between all social classes, genders and ethnicities.

The ‘Ping-Pong diplomacy’ between China and the United States in 1971 is the most well-known instance of sports diplomacy. The American team was invited to visit China during the World Table Tennis Championships. Ranked 24th in the world at the time, the US team were never going to defeat world champions China, but the Chinese players often let the Americans win ‘friendly’ games. It played a classic icebreaker role, relaxing previously strained relationship. This gesture ultimately led toUS President Richard Nixon’s official visit to China. The athletes met with Chinese Prime Minister Zhou Enlai, while President Nixon eased travel restrictions and trade embargoes against the PRC on the same day.

In the last decade, as part of an overall push to raise its global reputation, Qatar has taken measures to develop itself as a sporting hub. Several large sporting facilities are based in the Persian Gulf region, and sports have been used in the branding and promotion of cities like Abu Dhabi and Doha. The member states of the Gulf Cooperation Council (GCC) have clearly recognised the value of using global sports for soft power and public diplomacy, especially high-profile international events such as the Formula 1 Grand Prix and FIFA World Cup. Its emphasis on football has formed a key part of this push. The prominent use of state-owned Qatar Airways as a football sponsor itself is noteworthy, as it not only promotes Qatar as a tourism destination, but also markets the state as an international travel facilitator, aiding the narrative that Qatar is a key global player. In addition, Qatar is using the World Cup as an incentive to lure foreign direct investment and thus growing the country’s reputation for overseas investors.

The foreign policy of Qatar is primarily determined by its location. Located in the Middle East, it suffers from the so-called ‘neighbourhood effect’, whereby its national image is associated with and affected by regional stereotypes of political instability, despite Qatar being a relative oasis of stability. Geographically, Qatar is incredibly small, especially when compared with its largest neighbour, Saudi Arabia. A Saudi-led alliance broke relations with Qatar in 2017, accusing it of sympathising with terrorists and offering them safe harbour. Although the small state could easily have collapsed (60 percent of its imports were abruptly cut off), Qatar instead managed to adapt and survive, expanding ties and investments overseas.

A quintessential part of the overall sports diplomacy policy is the signing of high-profile foreign players to compete in local competitions or to represent states at international tournaments, where citizenship is part of the arrangement. Qatar’s Aspire Academy is an ambitious initiative that scouts young athletes around the world and employs elite trainers and sports scientists to advance the local industry. Qatar has now emerged as a leading destination for sports clubs and athletes to practice for international tournaments during the winter break. Their overarching soft power policies in sports and other fields play an important role in Doha’s foreign affairs, given the restrictions on hard power the state must contend with. Doha’s long-term strategy sees investments in this area as a vital part of the post-gas future of the Emirate.

On the global level, the Qatari approach to ‘football diplomacy’ can be broken down into three main components that have complementary purposes. Firstly, Qatar has taken steps to nurture local talent, secondly it has encouraged international investment and sponsorships, and finally it has sought to host a wide variety of sporting events, with the jewel in its crown the 2022 World Cup. In internal talent growth, Qatar has spent huge amounts of capital, with the multidisciplinary Aspire Academies established in 2004 by the decree of the Emir. The role of the royal family in Qatari sports policy, as well as the concerted longevity of its sports policy, highlights its strategic importance.

Sports embody friendship, respect and tolerance, among other values touted as universal. They can unite us and transmit the exchange of admiration and cultural understanding, creating an avenue for peaceful coexistence between nations. While sports have long been used to send political messages and pursue government priorities, the growing institutional and organised structure for sports diplomacy in the last decade has overseen its increasing importance in international affairs. Sporting events do not create geopolitical shifts; they develop while changes are already taking place. Yet they can have a nudge effect, helping to offer new forms of engagement with the public. This form of diplomacy can provide a space for national priorities to be pragmatically followed in a manner that could foster international development too.