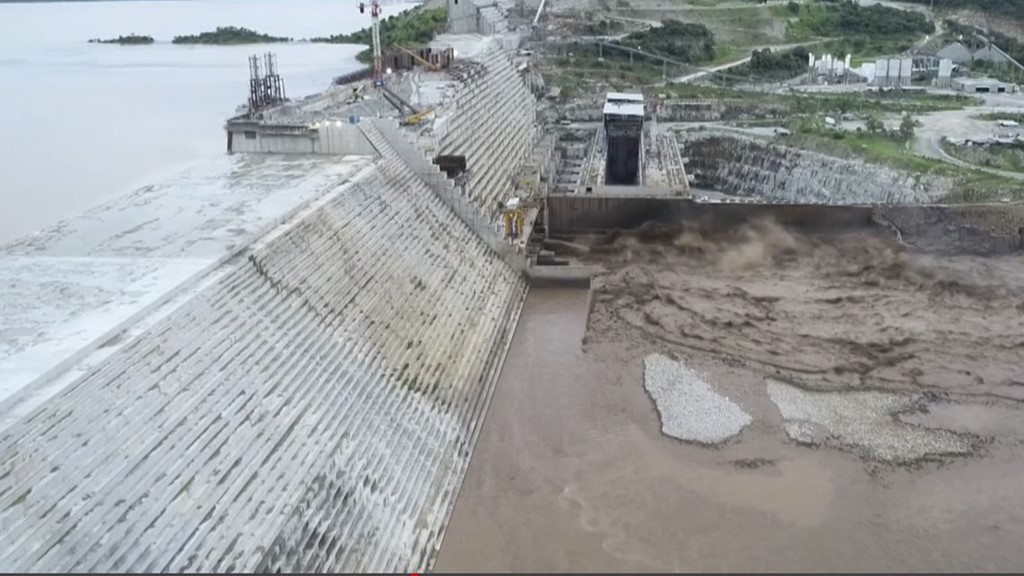 
Ethiopia on Saturday summoned the US ambassador over what it called an “incitement of war” between Ethiopia and Egypt from President Donald Trump over his comment that Cairo could end up “blowing up” the Renaissance Dam.

“The incitement of war between Ethiopia and Egypt from a sitting U.S. president neither reflects the longstanding partnership and strategic alliance between Ethiopia and the United States nor is acceptable in international law governing interstate relations,” Gedu’s ministry said in a statement.

Earlier on Saturday, Ethiopia’s prime minister said that threats of any kind towards resolving the dispute with its neighbours over the filling and operation of the massive hydropower dam were “misguided, unproductive and clear violations of international law”.

Prime Minister Abiy Ahmed’s office made no mention of any person or any country in a statement on the Grand Ethiopian Renaissance Dam (GERD), which is at the centre of a dispute over Nile water supplies.

But his comment came hours after Trump held a phone call with Sudanese Prime Minister Abdalla Hamdok in which they called for an amicable solution between Ethiopia and Egypt.

In the call, held in front of reporters at the White House, Trump said he had also told Egypt the same thing, saying it was a dangerous situation and that Cairo could end up “blowing up that dam”.

‘These threats and affronts to Ethiopian sovereignty are misguided, unproductive, and clear violations of international law’

Trump made the remarks as he announced a normalisation deal between US ally Israel and Sudan, which, like Egypt, fears that Ethiopia will use up scarce water resources.

“It’s a very dangerous situation because Egypt is not going to be able to live that way,” Trump told reporters in the Oval Office with leaders of Sudan and Israel on speakerphone.

“They’ll end up blowing up the dam. And I said it and I say it loud and clear – they’ll blow up that dam. And they have to do something,” Trump said.

“They should have stopped it long before it started,” Trump said, regretting that Egypt was in domestic tumult when the Grand Ethiopian Renaissance Dam project began in 2011.

Ethiopia, Sudan and Egypt have been locked in a bitter dispute over the filling and operation of the GERD, which remains unresolved although the reservoir behind the dam began filling in July.

“Occasional statements of belligerent threats to have Ethiopia succumb to unfair terms still abound,” Abiy’s office said. “These threats and affronts to Ethiopian sovereignty are misguided, unproductive, and clear violations of international law.”

The first phase of filling the dam was completed in August, Abiy’s office said.

Egypt says it is dependent on the Nile for more than 90 percent of its scarce fresh water supplies, and fears the dam could have a devastating effect on its economy.

Trump said on Friday he had brokered an agreement to resolve the issue but that Ethiopia had broken the pact, forcing him to cut funds.

Abiy’s office said significant progress had been made in resolving the dispute since the African Union took over the negotiations.

“Ethiopia will not cave in to aggressions of any kind, nor do we give recognition to a right that is based on colonial treaties,” it said.

We need to create ecosystems that enable failure as a normal part of life. This starts from the home, the school and the...
Read more