Re: World’s first hijabi skater: ‘I want to show the world that our women are powerful’ – Middle East Monitor 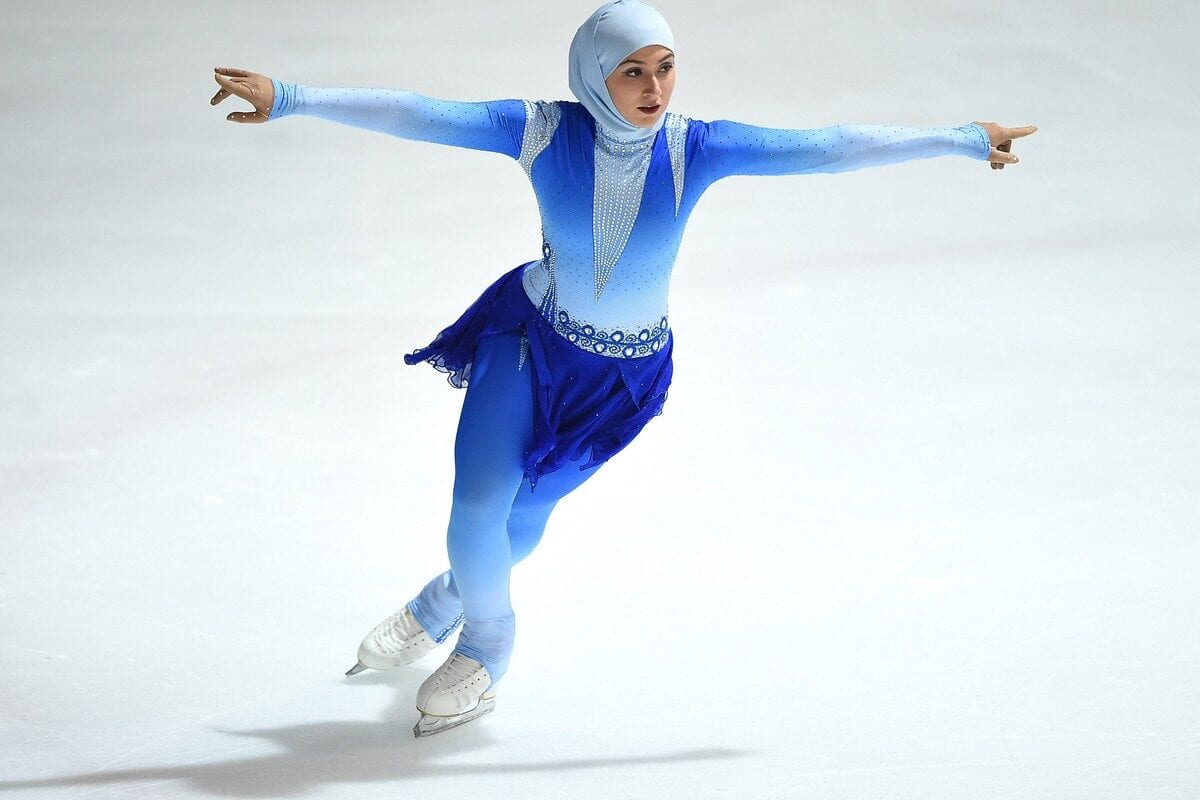 
Over the past few years, the number of women from the Middle East participating in international sporting events has risen steadily. The glass ceiling appears to have been broken. One of these athletes is international figure skater Zahra Lari, who believes it is important to inspire Arab women to break any stereotypes that are out there, simply because they can.

Born and raised in Abu Dhabi, she made history in 2017 as the first figure skater to wear a hijab while competing at an international level. Though that in itself was a remarkable feat, getting to such a level was not without its struggles and obstacles. Family as well as cultural norms and traditions still tend to work against female athletes in the region who aspire to compete at an elite level.

In 2012, at her first major competition — the European Cup in Canazei, Italy — the headscarf was an issue. The judges docked some points from her score for an outfit violation. “I wasn’t upset or angry,” she told me. “I just knew I had to do something so it doesn’t happen ever again to me or anyone else who wants to stay covered. In order to do that, we had to meet with officials who wanted to see me skate in my hijab to make sure it wouldn’t be a danger.”

This grabbed Nike’s attention as the company sought an athlete to appear in a campaign for its barrier-breaking sports hijab. Nike was thus the first major sports apparel maker to offer a traditional Islamic head scarf designed specifically for competition purposes.

This fits in well with Lari’s wider aim of breaking down barriers for women who wear hijab to take part in all kinds of sporting activities. She can already see the impact by being named on Forbes Magazine’s “30 Under 30” list this year, which recognises some 600 individuals under the age of 30 who are innovators and leaders in a range of fields.

“Without my hijab I won’t be Zahra Lari,” she told me. “My hijab is a part of me. The first time I competed in a hijab, I didn’t think much of it; that it made me any different. I was young and focused on the competition.” It was only once it was over that she realised that she had made history. “It was an overwhelming feeling and very hard to explain because I knew at that point, things will never go back the way they were before. It also made me feel excited and I wanted to show the world that Emirati women are powerful and unstoppable.”

Although many Muslim athletes are coming through their national associations, some sports still don’t cater to the specific needs of Muslim women and their dress code. It’s an institutional barrier. The governing body of basketball, FIBA, for example, prohibits players from wearing the hijab for health and safety reasons.

World football’s governing body FIFA, meanwhile, banned the wearing of headscarves in 2007 after fears that they might lead to accidents on the pitch. When the Iranian women’s football team refused to play in their qualifying match for the London Olympic Games if they were not allowed to wear the hijab, the team was disqualified. Iran protested, and raised the issue at the United Nations. It was in 2014, after much discussion, testing and clarification, that FIFA relented and overturned the ban after carrying out “safety tests”. It celebrated the decision as a multicultural advance and in the sport’s best interests.

At the 2016 Olympics in Rio de Janeiro, fencer Ibtihaj Muhammad of New York became the first Olympian from the United States to compete while wearing a hijab. She won a bronze medal in the team sabre competition.

This, said Lari, showed that things have changed a lot in the past few years. “Things are slowly getting to where they should be. You can now see our women in every sport possible and they are successful. That has always been my dream; to see women from the Middle East participating at the highest level of sports and it is happening.”

INTERVIEW: Journalist arrested after exposing the plight of Palestinians in Israeli prisons

According to Lari, it is sport that has given her the self-confidence that she has today. It was after watching Disney’s Ice Princess aged 11 that she announced to her family that she wanted to be a figure skater.

Now 25 years old, the five-time UAE national champion is managed by her mother, American-born Roquiya Cochran, who is also the CEO of the Emirates Skating Club. The club itself was founded by Lari’s father, Fadhel, who was concerned initially and refused to let Lari compete due to conservative views in the region that serious sport isn’t appropriate for women. Ten years ago, indeed, it was a relatively new concept. However, he eventually allowed her after seeing how enthusiastic she was while cheering on her friends during competitions.

One of her proudest moments was being the first — and only — UAE athlete to represent her nation last year at the Winter Universiade Games in Krasnoyarsk, Russia. “It makes me so proud to raise the UAE flag all over the world,” she said. “It also makes me happy to see other girls starting because of me. I always want to do my best for them.”

INTERVIEW: This Sao Paulo building is like a Palestinian refugee camp

There is, of course, still progress to be made. “I had many struggles and challenges. To be honest, the challenges will never end. Once I overcome one, another will appear but I learnt to focus on the solution because the most important thing is to stay focused on the goal and work hard to reach it.”

Her last few years have included aggressive daily targets. On an average day, Lari would wake at 4:30am and drive to the ice rink to train until 7:30am. She then went to university where she studied environmental health and safety, before going back to the rink to skate and lift weights. Into this schedule she had to juggle homework, sponsor meetings and interviews.

The most important qualities to overcome other peoples’ doubts in her ability and success are dedication, passion and hard work. “In my opinion, if a person displays these characteristics, they can easily succeed in any sport. Find out what you love doing and give it 110 per cent every day, and your dreams can come true.” 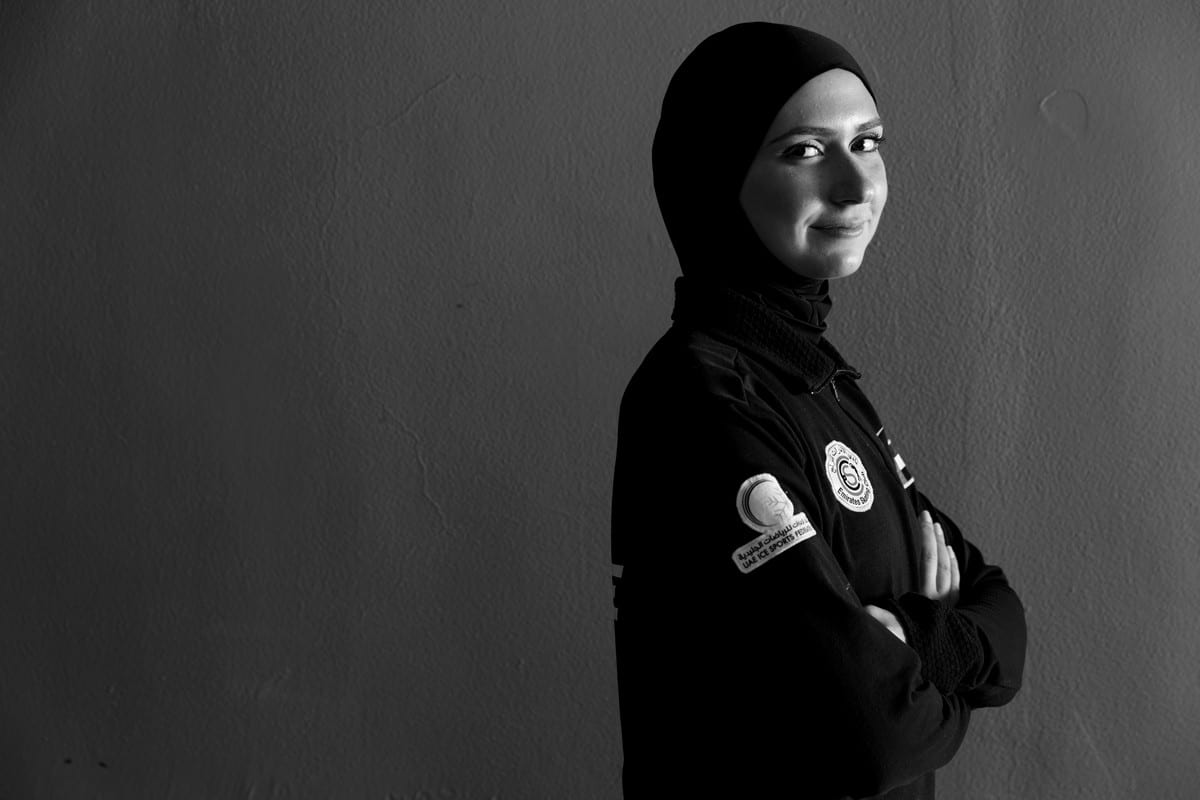 Farhad Khorasani is an Iranian-American international lawyer who has his own...
Read more

Teaching Gender and Women’s Studies in the Middle East

The Rise of Anti-Liberalism