Re: No to diminishing Moroccan sovereignty over Western Sahara, nor to compromising on Palestine 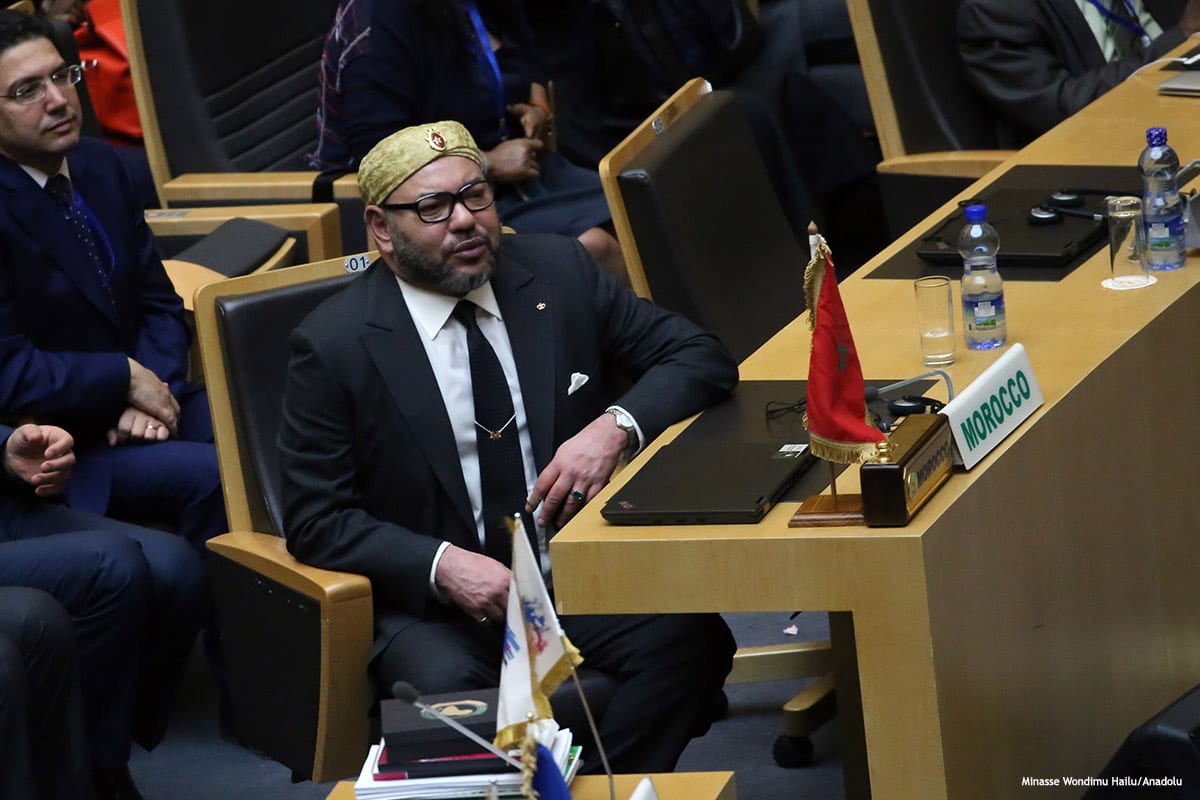 
Chairman of the Al-Quds Committee in the Organisation of Islamic Cooperation, King Mohammed VI of Morocco, has no right to normalise relations with the occupation state that made Jerusalem its capital in exchange for Trump’s recognition of Moroccan sovereignty over Western Sahara.

Regardless of the mockery of the recognition and the fact that it does not achieve anything on the ground, I, as a Palestinian, believe in the importance of the unity of Arab and Muslim countries for the sake of the liberation of Palestine and the advancement and dignity of this nation. I refuse to compromise on the unity of the Moroccan national territory or to reinforce the division of any region from the country. The division of the divided, and the fragmentation of the fragmented, is a disaster that has enveloped our countries in more than one geographical area, and only serves Western countries that play on these differences and benefit from the arms trade.

Trump is personally rushing to sell more weapons to Morocco for around $1 billion, and in the end, brothers point their weapons at each other, while the biggest winners are the war dealers and advocates of ruin.

As for Jerusalem in particular, and Palestine in general, sadness hangs over it, as its brothers have lost their connection with it and are blessing those who heinously seized it and welcome them as a normal person amongst them. This is in exchange for meagre gains, as Sudan is promised that its name will be removed from the terrorist list. Meanwhile, the United Arab Emirates (UAE) has been assured to be allowed to buy military aircraft, and Bahrain is completely powerless to decide nor choose. However, Morocco contributed to weakening US President-elect Joe Biden politically before assuming office, by taking a card away from him that he could have used in the conflict between Morocco and Algeria, and in dealing with the occupation state itself.

The Moroccan people have a clear compass, and normalisation is unacceptable to them. However, the position of the “ruling” Justice and Development Party (PJD) is represented by its leader Moroccan Prime Minister Saad Eddine El-Othmani, who has categorically rejected normalisation in the past but is now choosing to hide under the cloak of the king.

It is not unlikely that he would represent him by signing agreements with the occupation, both in Rabat and in occupied Jerusalem.

The Islamists – and I agree with them – insist on refusing to imagine this scene as well as accepting it, and they still hope that El-Othmani and his team will withdraw to save face. The statements made by the party’s youth condemning normalisation have no value, not even within the party itself.

In the context, there is a lingering question: why do some Islamists overlook the normalisation of the Justice and Development Party in Turkey, but reject the normalisation of the PJD in Morocco? The answer is simple: normalisation by anyone, whether Arab or Turkish, is completely rejected on principle. However, there is certainly a difference between a historically normalised regime like secular Turkey, and a monarchy that declares Islam as its official reference and whose king is constitutionally Amir Al-Mu’minin, or “Commander of the Faithful” and heads the Al-Quds Committee. The king’s prime minister, El-Othmani, reiterated his absolute rejection of normalisations in several past statements. Even worse, El-Othmani and his brothers in the PJD will be associated in history with the return of relations with the occupation during their rule and under their government. This may be their last government if they do not take a stand, while their popularity is declining greatly. Such a matter may be the final nail in the coffin of the era during which they enjoyed a parliamentary majority in the country.

I must address those who talk about the constraints of politics in order to justify the situation in terms of gains and losses. This is a losing battle on several levels. Firstly, the fact that the premiership in Morocco is stripped of authority. The Foreign Affairs and Defence Ministries, and even the Ministry of Interior, are in the hands of the king, not the prime minister. Therefore, the prime minister is closer to being a municipal mayor than a prime minister. Secondly, the regime in Morocco is not repressive in the same way as the Egyptian El-Sisi regime. For this reason, the withdrawal of El-Othmani and his brothers from the scene will not be met with their elimination, imprisonment or banning their political activities. I have previously noted that in terms of the Sahara case, recognition will not end the armed conflict with the separatist Polisario Front. Therefore, the political considerations on the internal, partisan or government levels will not be greatly affected by their withdrawal from the scene.

Ultimately, we keep repeating that the Sahara is Moroccan and that Palestine is Arab and Muslim. There is no room for abandoning the desert or giving up Palestine, and it is shameful to link the concession of one to the recognition of the other. It is not acceptable for you to reply with your contradictory statements, as I watch you do something else entirely on the ground.

Opinion: Morocco’s normalisation with Israel is nothing new

Facing a changing main opposition, Erdoğan doubles down on polarization

How the UAE-Israel deal could change the regional power balance