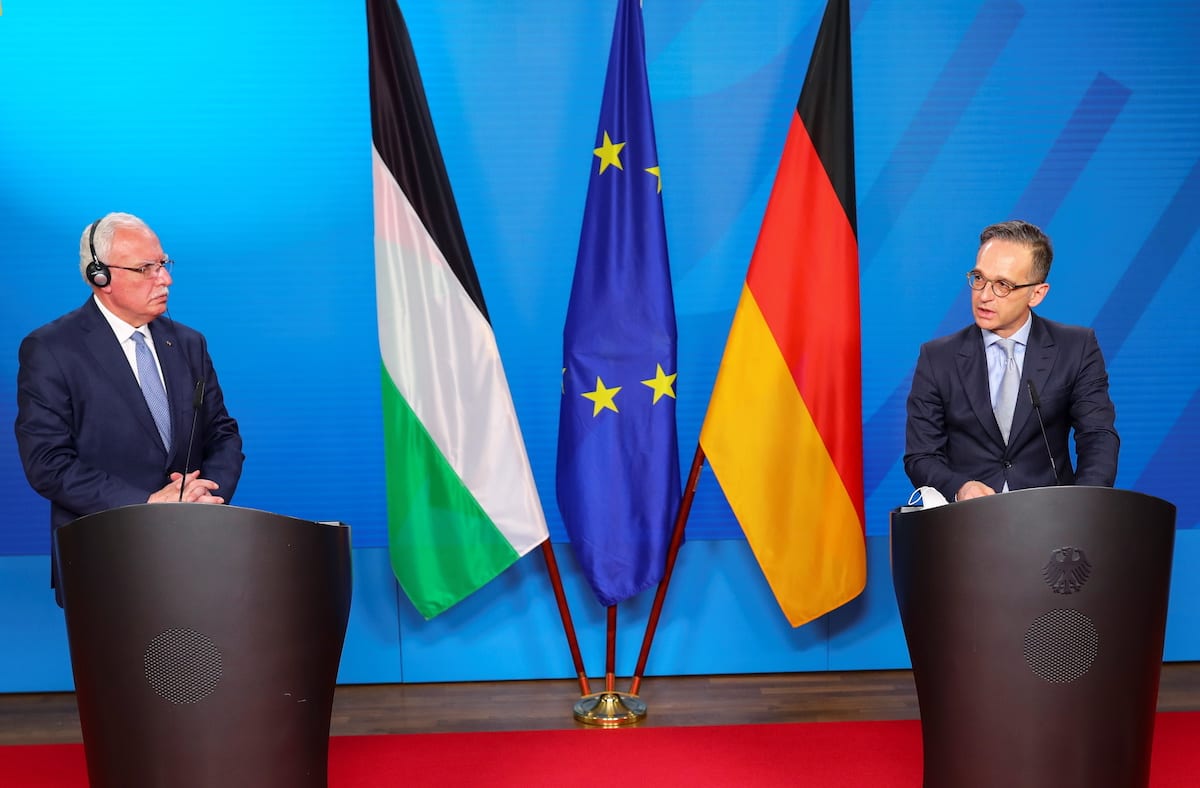 
Anyone visiting the West Bank, as I have done on many occasions, will discover something rather common, especially in rural communities: signs, billboards and plaques advertising the European Union and other donors of aid to Palestinian communities. The most insidious example of this neo-colonial phenomenon is the US Agency for International Development (USAID). This agency is actually a subsidiary of the State Department, and so is in reality a “soft power” arm of the American empire.

All around the world USAID promotes regime change and US “national interests” — a euphemism for the interests of US corporate elites — under a “humanitarian” guise. I once took a photo in Ramallah of a USAID poster which had been defaced by graffiti in English: “We don’t need your aid”. Such justified Palestinian cynicism towards Western “aid” projects is motivated by one fundamental fact: the Palestinian cause is emphatically not simply a humanitarian issue; it is a political issue.

US and European aid to Palestinians is fundamentally flawed, by design, I would argue. The approach of the US and EU is as if Palestinians have been displaced by a hurricane, a drought or other “natural disaster”. As we know, though, Palestinian refugees were actually ethnically cleansed from their homeland by the armed wing of a racist political movement: Zionism. Before and after the foundation of Israel in 1948, around 800,000 Palestinians were driven out their homes at gun point. This was no natural disaster; it was a cold, deliberate decision by the Zionists.

Many Palestinians were killed in the process, and their homes and villages were wiped off the map by the nascent Israeli state. Since then, Israel has systematically blocked them and their descendants from returning to their land — which is their legitimate right — simply because they are not Jewish.

EU aid towards the Palestinians seems to be targeted more towards salving the conscience of European liberals, rather than actually helping Palestinians in the long term. The EU makes a great show of how much it “helps” and funds Palestinian projects in the occupied West Bank, but these projects ignore the fundamental problem of the Israeli occupation, and Israel’s continued colonial displacement of the indigenous people.

As such, Palestinian schools and other projects funded by EU aid money are habitually demolished, damaged or stolen by Israel, which then builds illegal Israeli settlements in their place. This week, my colleague at The Electronic Intifada, David Cronin, revealed the true scale of this Israeli destruction of EU aid projects. Through a freedom of information request he discovered that the total value of the damage and theft amounts to more than $2 million over the past five years alone. Goodness knows what the total is altogether.

He added that almost 20 years ago, EU foreign ministers issued a statement that they “reserve[d] the right to claim reparation” from Israel for such demolitions “in the appropriate fora.” However, that trifling objection came to nothing.

Yet despite decades of such destruction, the EU carries on funding projects in the West Bank, knowing full well that they will very likely be destroyed by the Israeli army sooner or later. Meanwhile, the EU does nothing to address the root cause of this devastation: the Israeli occupation.

In fact, the EU does the exact opposite. Europe continues to reward Israel with generous grants, scientific and military subsidies and investment, as well as political and diplomatic support. This is going on while Israel is, to all intents and purposes, carrying out a war against EU projects which are supposed to benefit Palestinian communities.

Israel’s new, hard-right ambassador to Britain, Tzipi Hotovely, habitually calls for the destruction of Palestinian communities in order to make way for Israeli settlements and other occupation infrastructure in the West Bank. And she, like other Israeli politicians, frequently attacks and demonises the EU, as well as human rights groups run by Israeli dissidents, the latter because they are, she alleges, the result of a nefarious conspiracy funded by European money. In one particularly shocking video last year, Hotovely even attacked one of these Jewish Israeli human rights groups in explicitly anti-Semitic terms.

Make no mistake, though, the EU is no innocent party in this Israeli war against the aid projects that it funds. European politicians and bureaucrats are part of the charade.

Ending the occupation and Israel’s apartheid system imposed on the Palestinians has to be the priority. The least that Brussels can and should do is end all EU support for Israel immediately.