Re: BREAKING: Morocco builds ties with Israel in return for recognition of its authority over Western Sahara 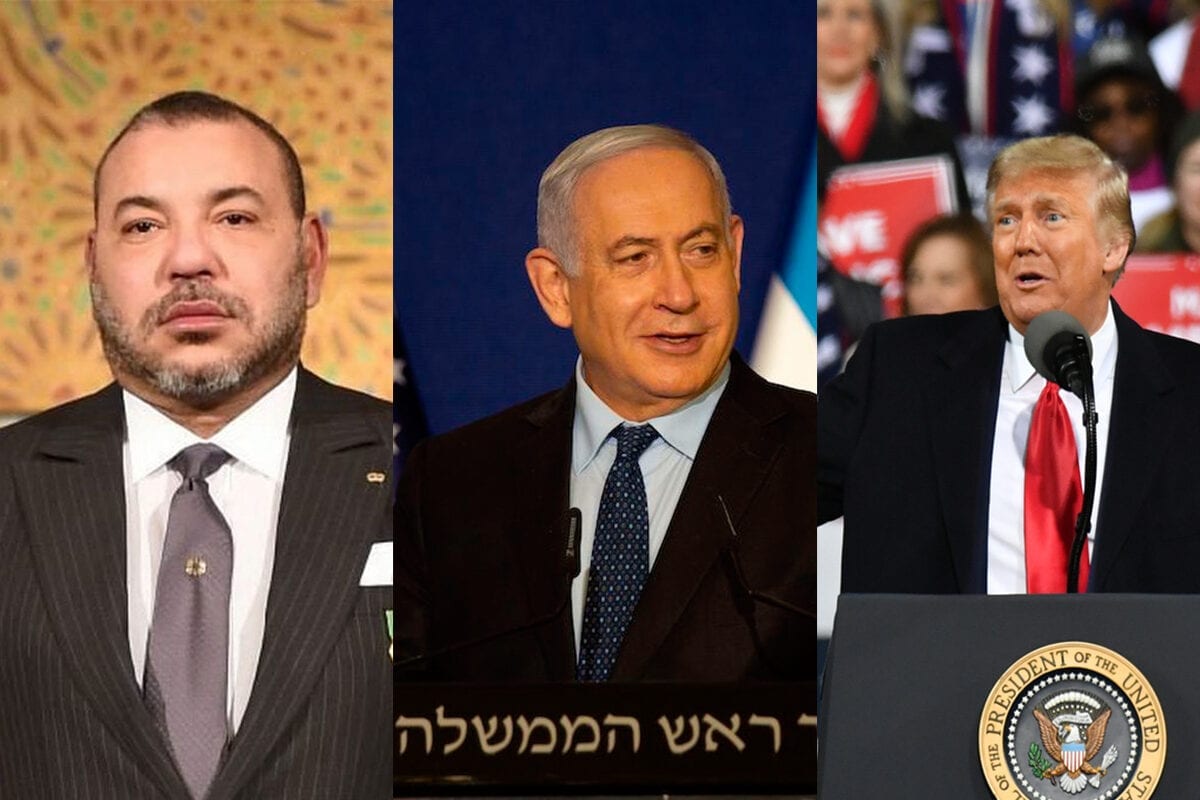 
Israel and Morocco have today agreed to normalise relations in a deal brokered with the help of US President Donald Trump.

As part of the agreement, Trump agreed to recognise Morocco’s sovereignty over the Western Sahara, where there has been a decades-old territorial dispute with Morocco pitted against the Algeria-backed Polisario Front, a breakaway movement that seeks to establish an independent state in the territory, Reuters reported.

Trump sealed the agreement in a phone call  with Morocco’s King Mohammed VI today, a senior US official said.

Morocco is the fourth country since August to strike a deal aimed at normalising relations with Israel. The others were the United Arab Emirates, Bahrain and Sudan.

Under the agreement, Morocco will establish full diplomatic relations and resume official contacts with Israel, grant overflights and also direct flights to and from Israel for all Israelis.

“They are going reopen their liaison offices in Rabat and Tel Aviv immediately with the intention to open embassies. And they are going to promote economic cooperation between Israeli and Moroccan companies,” White House senior adviser Jared Kushner told Reuters.”Today the administration has achieved another historic milestone. President Trump has brokered a peace agreement between Morocco and Israel – the fourth such agreement between Israel and an Arab/Muslim nation in four months.”

“Through this historic step, Morocco is building on its longstanding bond with the Moroccan Jewish community living in Morocco and throughout the world, including in Israel. This is a significant step forward for the people of Israel and Morocco.

“It further enhances Israel’s security, while creating opportunities for Morocco and Israel to deepen their economic ties and improve the lives of their people.”

A White House statement on the phone call between Trump and the king of Morocco said Trump “reaffirmed his support for Morocco’s serious, credible, and realistic autonomy proposal as the only basis for a just and lasting solution to the dispute over the Western Sahara territory.”

“And as such the president recognised Moroccan sovereignty over the entire Western Sahara territory,” the statement said.

Palestinians have been critical of the normalisation deals, saying Arab countries have set back the cause of peace by abandoning a longstanding demand that Israel give up land for a Palestinian state before it can receive recognition.

The former deputy head of Mossad has criticised Israeli Prime Minister Benjamin Netanyahu for failing to confront the Iranian nuclear threat and the...
Read more