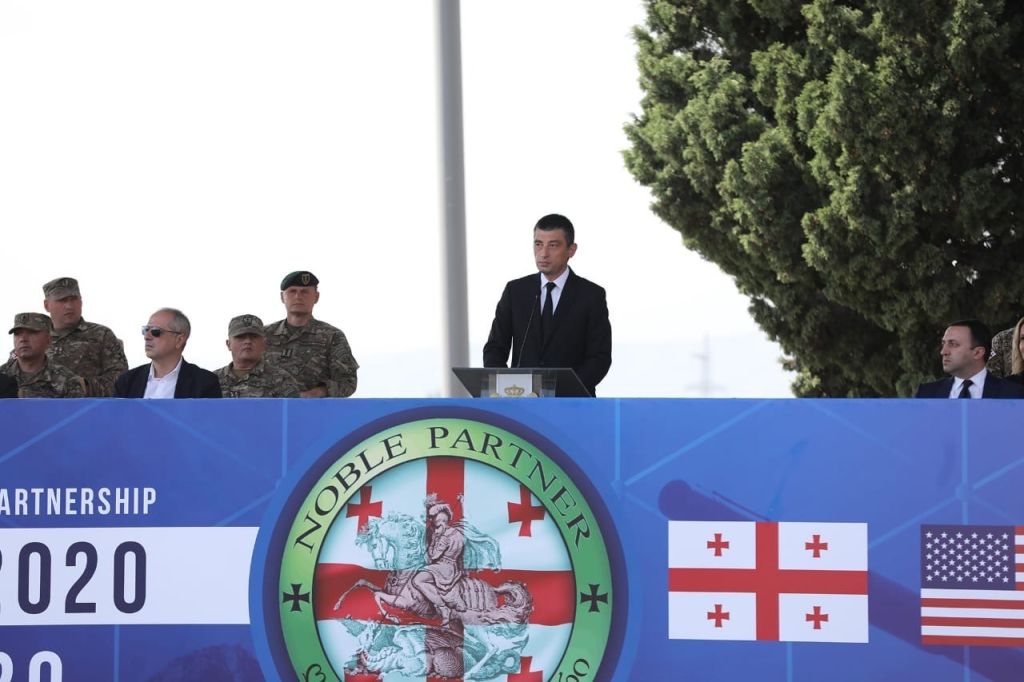 
At the beginning of 2020, Georgian Foreign Minister David Zalkaliani told the UK’s Financial Times that “Western powers must step up military deterrence and investment to combat Russia’s growing strategic control of the pivotal Black Sea region.” He stressed that “it’s really important to diminish this military and political influence of the Russian Federation.”

The foreign minister is right, and Georgia has experienced the full spectrum of Russian aggression, from direct military action to covert subversion and proxy operations. Nonetheless, while there are undoubted challenges for such a small country in resisting this threat, there are certainly opportunities for Georgia and for Western nations eager to support. After all, the latter should understand that they have as much to learn in Georgia as to teach.

Identifying Russian operations and their goals is often difficult. There is no single doctrine or method. The Russian military uses subversion to prepare the battlefield and disrupt enemy forces before and during the deployment of force, as in Crimea. However, the civilian national security establishment has adopted a ‘political war’ approach, whereby ‘active measures’ are intended to divide, distract, demoralise and if possible dominate another country such that Moscow can achieve its goals without needing to turn to direct warfare. The particular problem is that both styles use the same instruments in the same way, at least in the early stages. It can be difficult knowing if a cyberattack or a disinformation campaign is the prelude to force – or its substitute.

Furthermore, Russian operations are only sometimes directly initiated and managed by the Kremlin. Often, they are the initiatives of lower-level state and non-state actors and other various proxies. They therefore reflect a wide and often confusing array of interests – businesspeople to intelligence officers, media pundits to religious leaders – all adopting an equally diverse range of methods. In the case of Georgia, the situation is further complicated by the role of actors in South Ossetia and Abkhazia, who seek at once to please the Kremlin while also making personal gains.

In such a complex environment, identifying and analyzing potential threats demands a high level of expertise, information, and objectivity. The recently established National Security Council of Georgia has developed a range of tools through close cooperation with Western partner agencies, notably the U.K. and U.S.

Georgia should be considered as a partner in the study of Russian malign activities. Not only is there scope for much more support, but also greater involvement by foreign researchers. There is also a need for further efforts to encourage conversations and joint projects with Georgian scholars and activists, as well as to bring foreigners into the country for serious and sustained work, not a quick ‘fly and talk.’ Despite existing challenges, domestic support for NATO and EU membership has stayed consistently high and a recent IRI poll showed 90 percent favorability of the U.S.

Of course, identifying the threat is simply the necessary preliminary step for resisting it. There has been real progress – not least in continuing to balance security and societal freedoms – but there is also room for further development.

Counter-intelligence remains crucial. As the lead agencies, the Intelligence Service (GIS) and State Security Service (SSSG) remain active and focused on the Russian challenge, while maintaining positive relationships with their Western counterparts. In February 2020, for example, the Georgians joined with American and British intelligence agencies to confirm that the GRU, the Russian military intelligence, was behind the ‘reckless’ October 2019 cyberattacks on government, business, and media sites. These are still relatively small agencies, though; the SSSG’s 2020 budget allocation of 137.5 million lari, is equivalent to under $43 million. This is less than that of its Belgian counterpart, even though Georgia faces rather more serious threats. Increased direct assistance from western partners would have a disproportionate effect in strengthening Georgian counter-intelligence capacities.

In the realm of disinformation, instead of superficially-tempting ‘mythbusting’ and ‘fact-checking’ initiatives – whose effectiveness is questionable – the answer is to address the reasons why Georgians consume, accept, and amplify falsehoods and truths which have been misleadingly packaged. Like all democratic countries, Georgia needs to address the ‘credibility gap’ which has emerged in the modern media environment. It means greater responsibility on the part of politicians and media, but also raising levels of media literacy. No one has yet mastered this challenge, although countries such as Finland have been lauded for their efforts in this direction. Thus, Georgia could again be considered a case-study to develop successful strategies which could then be applied elsewhere.

A final priority is to address the scope for Moscow to leverage trade, and other financial instruments to gain influence. Russia is Georgia’s second largest trading partner, which accounts for 9 percent of its GDP. Despite Kremlin efforts to bring pressure to bear from time to time, such as  ‘weaponizing wine’ through periodic sanctions, one can question how far such blunt tools can influence Tbilisi. While Russia has often tried to use corruption as an instrument to gain influence in other countries, further reform of the judiciary, tightening up the system for monitoring the asset declarations of public officials, passing the proposed package of new anti-corruption measures, and similar institutional changes will make the country much more resilient to these kinds of threats.

Deterrence may seem difficult given the relative disproportion between Russia and Georgia and also the apparent willingness of the Kremlin to take risks in pursuit of its foreign policy goals. However, in practice Moscow is more risk averse than its macho postures may suggest, and there are real ways in which its willingness to launch or sanction active measures can be diminished.

The unwillingness of the West to provide firm military guarantees to a country far from immediate reinforcement is perhaps understandable. However, there is no reason why Georgia should not be made to feel it would receive serious and substantive support in case of non-military attacks. In 2018, Georgia, a country that cut diplomatic ties with Russia after the 2008 military invasion, still managed to expel one Russian diplomat as part of the multinational response to the attempted poisoning of British intelligence asset Sergei Skripal – as many as Belgium and Romania. It is crucial that this sense of solidarity against Russian activities be regained and sustained.

Georgia’s armed forces regularly train and exercise alongside their NATO counterparts. In September, for example, Noble Partner 2020 brought together more than 2,700 troops from Georgia, France, Poland, the U.K. and U.S. for ten days of exercises. It is time to broaden this kind of cooperation to more non-military contexts. Wargaming a cyberattack on Georgia’s financial system, for example, or a terrorist campaign intended to disrupt elections would not only help develop the country’s – and partners’ – defensive capabilities, it would also be a signal that such non-kinetic challenges will be taken seriously by Western countries.

Ultimately, though, the best form of deterrence is denial. Moscow is willing to devote political and economic resources to its political warfare but is acutely aware of the extent to which these are limited. As such, it will tend to concentrate on activities which it feels have a good chance of success. This is even more true of the ‘freelancers,’ who are putting their own time, money and careers on the line. Beyond the ‘target proofing’ already described, efforts to reduce Georgia’s vulnerability ought to be telegraphed, and successful operations to disrupt Russian active measures and prosecute Moscow’s proxies publicized to the fullest (although honestly and accurately, to avoid opening the ‘credibility gap’ any further).

Ultimately, Georgia is in an unenviable strategic position so long as the Kremlin retains its neo-imperial attitudes towards its so-called ‘Near Abroad,’ something likely to persist while President Vladimir Putin remains in power. It is thus crucial not just that it maintains a sustained, determined yet also imaginative approach to resisting Moscow’s pressure, but also that its Western partners explore the ways they can help – and in the process also help themselves.

Mark Galeotti is a non-resident scholar with MEI’s Frontier Europe Initiative and a specialist on Russian politics and security affairs. He is an Honorary Professor at UCL SSEES, Senior Associate Fellow at RUSI, and a Senior Non-Resident Fellow at the Institute of International Relations Prague. The views expressed here are his own.

Re: Israeli minister: Qatar might get F-35s despite Israel's objections