Pompeo under investigation for delivering RNC speech from Jerusalem 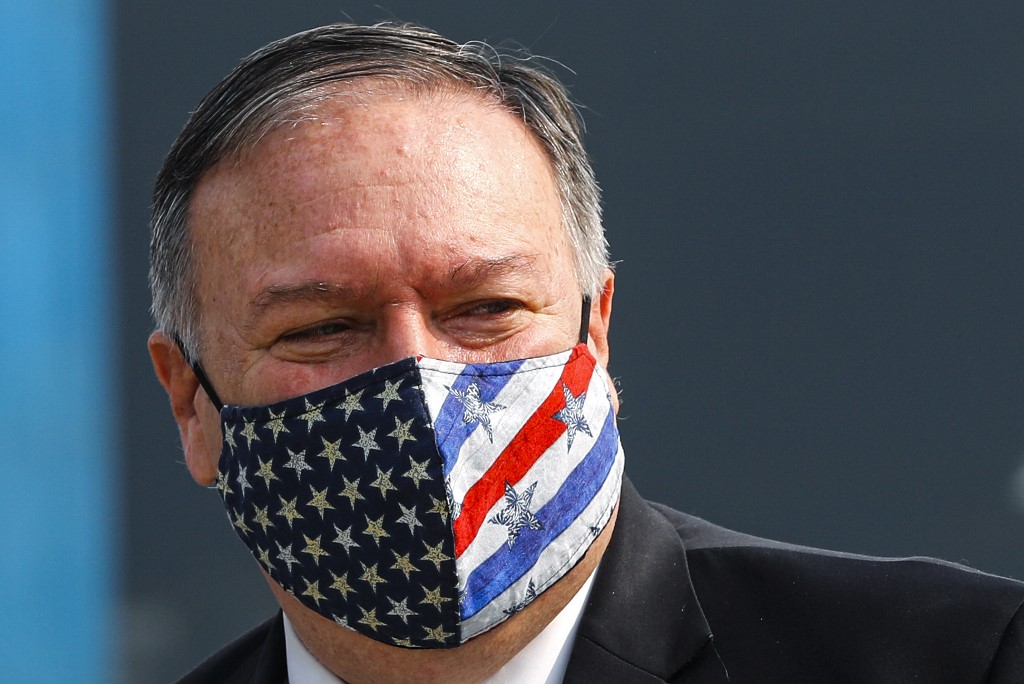 
US Secretary of State Mike Pompeo is under investigation for a potential abuse of office after he delivered a speech from Jerusalem to the Republican National Convention (RNC) in August, two top Democratic members of Congress announced on Monday.

The Office of Special Counsel (OSC), an independent federal agency that has the capacity to probe officials in a presidential administration, has launched the investigation into Pompeo under the Hatch Act, which prohibits federal offices and resources from being used for campaign and election purposes.

“Our offices have confirmed that the Office of Special Counsel has launched a probe into potential Hatch Act violations tied to Secretary Pompeo’s speech to the Republican National Convention,” Eliot Engel, chair of the House Foreign Affairs Committee, and Nita Lowey, chair of the House Appropriations Committee, said in a statement.

Pompeo, who was appointed to his position by President Donald Trump, praised the Republican president’s foreign policy record in a speech recorded in Jerusalem on 26 August during a trip to Israel. The four-minute speech was aired at the convention, which nominated Trump for re-election and lauded him for withdrawing from the Iran nuclear deal.

Pompeo, the first chief diplomat in recent memory to address a political convention, defended his speech by saying he was doing it in a personal capacity and did not use State Department tax dollars, resources, or personnel.

From Jerusalem, Pompeo invokes religion, Israel and Iran in speech to Republicans

A State Department official told a reporter travelling with Pompeo at the time that the secretary was appearing in his personal capacity and no State Department personnel or resources were involved in his speech, Reuters reported.

While Democrats began to attack the secretary back in August, now with the Special Counsel launching an investigation, they are attempting to pin the issue on the misuse of government money.

“Mike Pompeo has grown even more brazen in misusing the State Department and the taxpayer dollars that fund it as vehicles for the Administration’s, and his own, political ambitions,” the two Congress members said.

“So we’re grateful to OSC – whom Mr Pompeo can’t fire as he did the Inspector General – for looking into this matter,” they said.

Since the RNC remarks, top officials have delivered speeches for Trump on the campaign, including Pompeo and National Security Adviser Robert O’Brien, who delivered political speeches for the president in Wisconsin and Iowa last month.

Experts have said that those speeches, too, are in violation of the Hatch Act.

The electoral path may not save Lebanon, but its citizens deserve the chance to walk it