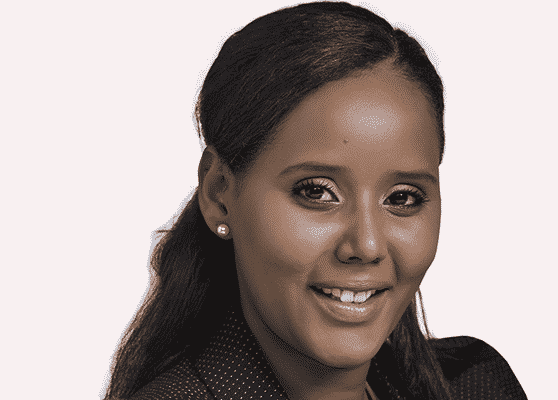 
With her father, five brothers and thousands of other Ethiopian Jews, three-year-old Pnina Tamano-Shata trekked on foot under the blazing sun across an African desert from Ethiopia all the way to Sudan.

Operation Moses, a clandestine and daring escapade that took two months, was done in coordination with the IDF, Mossad, Sudan and the CIA. The November 1984 journey was perilous. Starvation, dehydration and brutal attacks by militia groups saw to it that 4,000 died in the desert and also in the intermittent Sudanese refugee camps, where due to civil war, conditions were wretched and quickly deteriorating. On reaching the Sudanese refugee camps, planes were waiting to fly Pnina, her family and other Falasha Jews to Israel. Tragically, her mother was left behind.

In Israel, by necessity it was at a tender age that Pnina found herself as the adult of the family because of the difficulties of her parent’s adjustment. Like most immigrant kids, she picked up Hebrew with ease. Soon she was in a position to translate for her family, help with the ins-and-outs of an unfamiliar environment and deal with a new culture. From the age of eleven, Pnina was working to support her family.

For many of the Ethiopians Aliya has not been easy. Several immigrants, bashfully tell stories of being scared as children by things that the first-world take for granted, such as the “magic” of flipping a switch and a light coming on.

But the light did come on. It was a light that banished the darkness. Pnina’s mother was found alive and flown to Israel. Joyously reunited, the family settled in an absorption centre where they were all their new ID’s. Pnina records November 1st, 1981 as her date of birth. But in actuality, she has no idea when her birthday is because there were no documents in Ethiopia that included this. November 1st is the date she picked for herself.

In high-school, she was drafted into a program for gifted students. After finishing her army service she went on to study law and there became the president of the Ethiopian Student Union because she wanted to helped them utilize their rights.

Her first job was correspondent for the national television station. This opened up a door to politics. With politics she felt most at home. Politics provided her with the framework to fight for justice.

In September 2014, Avera Mengistu, an Ethiopian young man stopped taking his medication and wandered across the Gaza border. He has not been seen since. Mengistu’s family is socially disadvantaged. It is hard to provide for ten children, struggle with Hebrew, navigate an unfamiliar culture and wade through the mire of political bureaucracy. Tamano-Shata has made it her mission to help them.
.
Tamano-Shata was the first Ethiopian-born cabinet minister in Israel’s history. Fittingly, she was assigned the portfolio of the Ministry of Aliyah and Integration.

And in one of those “only in Israel” stories, where loose ends are tied up with an element of surprise, it was her political boss, Benny Gantz, who 36-years ago was one of the commanders of Operation Moses which brought the Ethiopian Jewish community to Israel.

Israel's Netanyahu pleads not guilty to corruption weeks before election