Perhaps it is Time For New Thinking 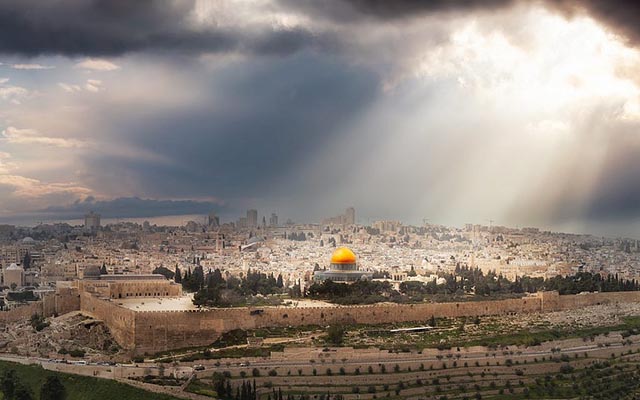 Israel certainly makes distinctions between Palestinians and Israelis (Muslim, Jewish or other) living in areas defined as Palestinian by the international community. Lots of commentators have discussed the nature of those distinctions and the labels that should or should not be applied to them.

I want to focus on just one aspect of this.

Yes, Palestinian Arabs under Israeli control don’t get to vote in Israeli elections, have restricted travel etc… etc… (Of course, none of this applies to Arab citizens of Israel.)

What about Jewish Israelis under Palestinian control?

Of course, there aren’t any.

Those few who enter those territory often never get to leave.

Of 1 million Jews in the Arab world prior to 1948, only 4,000 remained (as of last year). This ranks as one of the most effective programs of ethnic cleansing in human history. A *majority* of Jews in Israel come from these lands. They, their parents or their grandparents were victims of this cleansing. Many Palestinians want to see this process extended to Israel itself. Fully 17% support expulsion of all Jews from Israel. Only 43% support a two-state solution.

Yes, only 43% of Jewish Israelis support a two-state solution – but we can see the reality of what happens under each ethnicity’s governance in the lands each side controls.

The Arab and Palestinian population under Israel control has expanded since 1948.

There are no Jews under Palestinian governance.

As bad as the situation is, this is why it is the way it is. When it comes to peace agreements, ‘brown’ Jews of Israel tend to be the most reluctant. They, their parents and their grandparents suffered expulsion from the same people who are at war with them now. They are worried these enemies will finish the job “from the River to the Sea.”

So what are these ‘brown’ Israeli Jews to do? Should they allow those who want to exterminate them to control strategic high ground within 20 miles of every Israel city? That’s what the two state solution, with one state akin to Hamas’ Gaza, looks like.

It would be ‘fair’, but it would also lead to continual random attacks on Jewish civilians throughout the land.

Should they allow Palestinians full rights within Israel? This too would be laudable. But in a region dominated by ethnic voting, it would lead to ‘brown’ Israelis facing a government with the same priorities as those who expelled their parents and grandparents.

The risks are too great.

So instead we have the status quo. It is not a good place to be. But it is better than the alternatives the John Kerrys of the world propose.

What of HRW’s suggestion that Israel be prohibited from importing arms? That would only serve to strengthen those who seek ethnic cleansing – the Palestinian governments.

What do *I* think should happen?

It is simple, Israel could offer a way out for those who want self-determination without war. Israel could choose a Palestinian city that has originated few or no attacks and recognize it as an independent state. They could grant free trade, recognition of passports, security assistance, open-ended work permits, residency permits etc… And they could offer to extend the same to any area not in active conflict with Israel – either by extending the political status of that one area or by recognizing a federal entity.

The UAE is the unification of 7/9 Arab Emirates (Bahrain and Qatar chose not to join in). Likewise the United Palestinian Republics could bring together different cities/areas not at war with Israel and those who insist on maintaining the conflict could remain outside and in a state of war with Israel (as Qatar probably will be for some time).

The recent Abraham Accords show that the ethnic conflicts of the past do not need to define the future, there is an opportunity for precisely this sort of approach.

This approach would give people a way out of the conflict. It would give them equal rights. And any Palestinian these territories accepted could *immigrate* to the UPR from the other Palestinian areas (or from anywhere on earth) and enjoy the benefits of peace in the land.

Those areas dedicated to war would shrink in influence (and might themselves be pushed along this more positive road.)

Whatever label you apply to it, the situation is not good. Unfortunately, the solutions so often proposed risk encouraging and enabling the program of anti-Jewish ethnic cleansing carried out in Iraq, Libya, Egypt and so many other countries only a few decades ago. They risk strengthening the hand of Hamas and Iran who carry that same torch today.

Perhaps it is time for some new thinking.

In October 2019, when Saudi Arabia introduced a hallmark e-commerce law, few would have imagined that five months later a global pandemic would all but...
Read more
Travel

Al-Hassan, who is also Secretary General of the Mauritanian Syndicate of Professors and University Hospital Researchers, said that when the college was founded...
Read more
Travel

During the few days when snow may fall on the higher...
Read more

The Egyptian Artist Behind the Viral Sexual Harassment Outfit