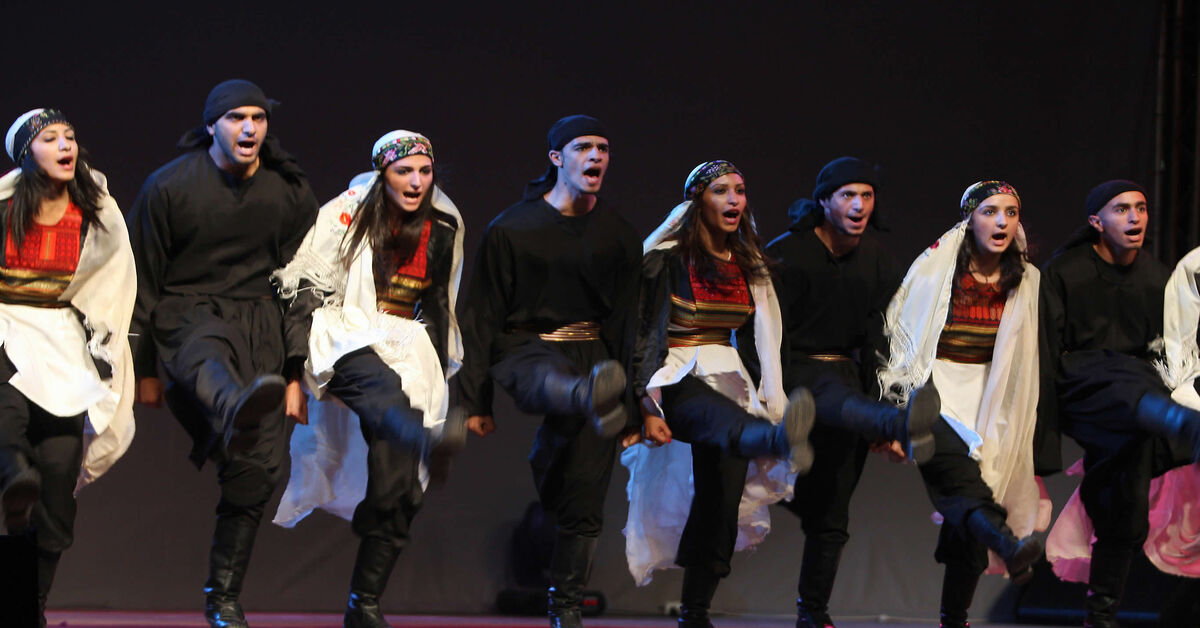 
Israel’s policies inside the Palestinian territories are not limited to settlement expansion, confiscation of lands and political detention, but these arbitrary and racist measures rather extend to fighting Palestinian culture, history and arts, to the point of imprisoning people for expressing their ideas, values and messages through contemporary Palestinian culture and dance.

Atta Khattab is the head of training, choreography and dance of El-Funoun Palestinian Popular Dance Troupe. Khattab’s family was shocked to see Israeli forces storm their home and take their 31-year-old son to Israeli prison without any charges being brought against him.

Khattab’s father, Mohammed Khattab, told Al-Monitor, “On Feb. 2, at 4 a.m., Israeli forces came to our house in the city of al-Bireh in the Ramallah and al-Bireh governorate in the West Bank, and woke him up, then blindfolded and handcuffed him. He was put in a military vehicle and taken to the Israeli al-Moskobiya detention center in occupied Jerusalem.”

He said, “After his arrest he was not able to see his lawyers for 21 days. The military court extended his detention again on Feb. 24. He is currently still under administrative detention and the [Israeli] occupation forces refuse to release him, without telling us the reasons for his arrest. Israel is showing its true face and the persecution it is practicing against the Palestinian people violates international laws and human rights conventions.”

He stressed that his son’s lawyer informed him March 18 that he had contracted the coronavirus inside the prison, despite being held in solitary confinement.

He noted, “Atta was targeted and taken by Israel due to his work on promoting Palestinian cultural heritage, developing contemporary dance, reviving and demonstrating popular folklore and the Palestinian dabke.”

Khattab added, “My son is the third member of our family to be arrested by the Israeli forces. I was arrested in the 1990s for a year. My 25-year-old daughter Lina — a member of El-Funoun Palestinian Popular Dance Troupe since 2011 — was arrested on Dec. 13, 2014, for a period of six months and held at the Israeli Hasharon detention center under the pretext of throwing stones and participating in a demonstration, where she was severely beaten by the occupation soldiers. She lost a lot of weight as a result of torture.”

In July 2018, the Gaza-based Aldameer Association for Human Rights released a report titled “I was there … Report on torture inside al-Moskobiya detention center.” The report shed light on the various forms of torture suffered by Palestinian detainees held in al-Moskobiya prison. According to the report, 54.8% of those polled in the Israeli prison were banned by the Israeli authorities from meeting a lawyer for two weeks or more.

In addition, the report stated that a number of prisoners were forced to walk long distances naked in cold and hot weather. Some 48.8% of prisoners were insulted, 30% were threatened and 59.5% were deprived of sleep. The study also found that 45.5% of detained children were held in the so-called shabah position — a seated position on a small chair with their hands tied behind their back for many hours — and 40.9% of children received threats that their families would be hurt. The report further revealed that 58.8% of the detained were arrested after Israeli soldiers raided their homes at night or dawn, and 75% were forced out of their homes and dragged into the street.

The training and production supervisor of El-Funoun Palestinian Popular Dance Troupe, Noura Bakr, told Al-Monitor, “The troupe was established in 1979 and is made up of 230 volunteers. We aim to convey a meaningful message through distinctive artistic performances, which include folklore, Palestinian dabke, music and contemporary dance, which are performances that show Palestinian culture and true identity, and the role of women in the Palestinian struggle.”

She added, “[Atta] Khattab is a professional dancer, trainer and choreographer in the troupe, and he has worked with us for over 20 years. He has appeared in many cultural and contemporary dance performances in many countries, including in the United States, United Kingdom, Belgium and Norway, as well as in local theaters in the West Bank.”

She noted, “Khattab did not commit any crime, and his arrest represents nothing but an Israeli attack on all artists — in an attempt to hide their activities and performances from the world, to fight the Palestinian history and national identity. Palestinian artists are having to pay the price for expressing their love for their homeland and heritage, by being detained inside Israeli prisons in poor and degrading conditions.”

Bakr stressed, “Khattab’s administrative detention by the Israeli authorities without a clear charge against him may last for a long time, and it is a systematic method used by the [Israeli] occupation to suppress activists, journalists and artists in the West Bank simply for expressing their views, identity and national heritage, by forcibly detaining them without trial or charging them. This is the daily reality of Palestinians under occupation.”

She added that it is time for the world to take responsibility and pressure the Israeli authorities to release Khattab.

Khattab isn’t the first Palestinian from the cultural sector to end up in jail. Graphic designer Hafez Omar was arrested in 2019, charged with “membership and activism in unlawful association” for alleged involvement in an organization called the Youth Movement. In a December 2019 report, Human Rights Watch said Omar’s indictment sheet “consists almost entirely of peaceful activities, such as meetings with other activists and involvement in protests, including several against the Palestinian Authority.” Also, in January of this year, Palestinian writer Muhannad Abu Ghosh was arrested on charges of communicating with the “Arab world.” He was released a month later.

According to the Palestinian Commission of Detainees and Ex-Detainees Affairs, there are 4,400 Palestinian prisoners in Israeli prisons — including 350 administrative detainees, 13 journalists and 39 women, in addition to 155 children — while 570 prisoners have been sentenced by the Israeli authorities to life imprisonment.