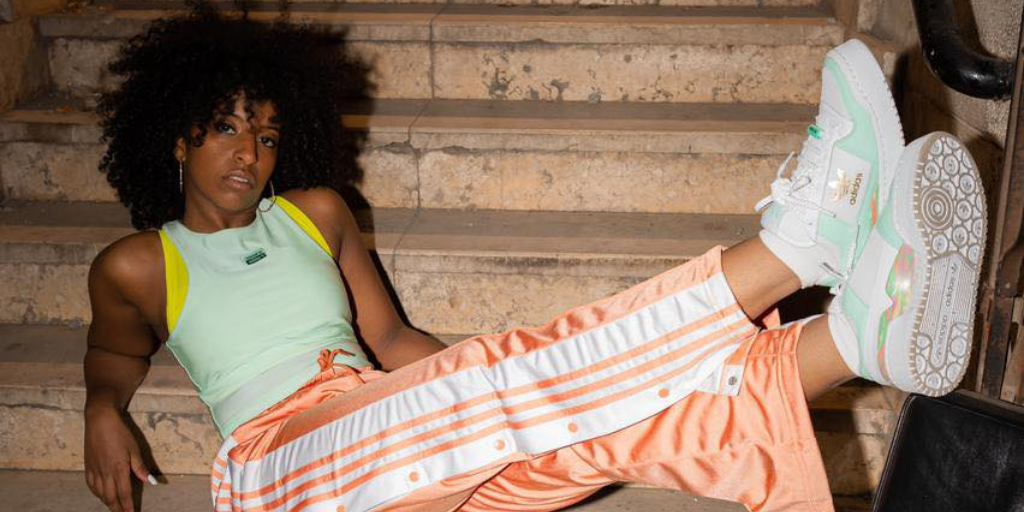 Not many can say that they’ve made the monumental shift from working on an oil rig to becoming a professional dancer, yet Yara Saleh has done exactly that. What’s more, she’s introducing the genre of ‘Dancehall’ to Egypt through her electric choreography and infectious teaching spirit.

Dancehall is a genre of music and dance that originated in Jamaica in the 1970s and 80s. The style was named after dance halls where people would gather and dance together, and is heavily influenced by the African diaspora. Each move has a specific cultural context and meaning, which Yara is always keen to delve into in her classes.

The 28-year-old dancer and choreographer is a firm believer that Dancehall has the power to truly unite people, a lesson she’s learnt from her journey of discovering the genre, which took her across the world – from America to Jamaica, and back to Egypt.

FOR THOSE WHO DON’T KNOW, WHAT IS DANCEHALL?

It’s a street style of dance from the Caribbean island of Jamaica – it’s raw, authentic and encourages expression and flow. It’s a social style, one that brings people together, and anyone can do it. When you connect with the dance and the music, your heart just moves with you!

WHERE DID YOUR JOURNEY WITH DANCE BEGIN?

I’ve always been dancing. When I was really young I did ballet, danced in my room every night, and was always watching ‘So You Think You Can Dance’! Due to my own surroundings I wasn’t exposed to any dance studios, until later on when I found some hiphop and choreography classes, and I used to teach Zumba fitness classes. But in terms of regular dance training, I only started to seriously progress when I put all my savings into my travels and intensive training.

WAS IT EASY TO LEAVE YOUR ENGINEERING CAREER BEHIND FOR DANCE?

Not at all. It wasn’t a situation where I was forced into engineering and had to leave to follow my passion. I loved science so much! Since I was little, I had both sides to me – I was a geek in school and enjoyed learning, but I was always passionate about music and dancing. I remember when I did my bachelors in Germany in 2013, I was studying constantly in the library but took a dance class every day. I always managed to keep a balance.
With my job, I progressed really fast and was quickly promoted. I was working 12 hours shifts out on an oil rig in Kuwait. I don’t regret working full time as an engineer as I used to love it, but the conditions were hard, especially as I was the only girl. Throughout my career when I was living in Kuwait, I took classes in Afrobeats, which was an important part of my dance journey. I was even booked for some jobs,  and once even travelled to Bahrain to perform. But then I finally took the decision to only pursue dancing professionally full-time as my main life purpose.

HOW DID YOU DISCOVER THE DANCEHALL GENRE?

I didn’t leave my job all at once. I took unpaid leave for a year, and this is where I travelled. I went to Los Angeles for five months where I went to classes at a studio called Movement Lifestyle and they had a class called Dancehall, so I thought ‘okay, let’s try that’. I fell in love! The music and style just resonated with my body and flowed so well with me. I learnt from Jamaicans who lived in LA, and that was important – not a lot of people know the genre really well unless they learn about the culture surrounding it, from the people themselves.
I worked for a while back at my job for a few months, working for 12 hours, sleeping for six hours and dancing for six hours every day. I was supposed to go back to LA again but then I decided I wanted to learn from the roots, so I researched Jamaica. The only Jamaican embassy where I could have applied for a visa in the Middle East region was in Kuwait, where I was working, it felt like it was destiny!

It was life changing! I soon started taking dance classes every day. There were some studios but I mainly went  to the dance crew and took classes in their backyard, or in the streets. And by night I would go to parties and see how dance was a shared cultural experience between everyone, it felt like I was really learning from the roots. I think my spirit was born in Jamaica and my body was born in Egypt! Even though I didn’t always feel safe, as there are issues such as harassment and violence in Jamaica, I resonated with it. The women are so empowered and I met so many people who became like family to me.

WHY DOES DANCEHALL MEAN SO MUCH TO YOU?

Some dance styles just come easier to your body, and the flow of Dancehall just came easily to me. Many Jamaicans told me that I have it naturally, and I do feel like I was born for it. I have the groove! So, I definitely feel like it resonates with me, and so does Jamaica itself. I just love the culture, I love the music.

WHY DO YOU THINK THAT DANCEHALL HAS ONLY JUST REACHED EGYPT?

I feel like it’s because Jamaica is so far away from us! Egyptians don’t typically have a culture of travelling and being exposed to the other side of the world, apart from the upper-middle class. When I went to Jamaica, they told me I was the first Egyptian to go and dance and learn the style there.
But still, many dancers around the world still don’t know the roots of Dancehall. We’ve all heard about Bob Marley and listen to reggae, so many know the general idea but don’t understand that it’s a unique genre, different to Afro. But we have been exposed to it in songs which are popular worldwide like those from Jamaican rapper Sean Paul, and moves from the genre are incorporated into other styles.
When I first started teaching it here, people were so confused – is it hip-hop? Is it Afro? What is it? And you can’t really describe it until you try it, and until you try it, you don’t really know anything about it. So it took me a lot of time to get it going and I’m still working on it.

WHAT INSPIRES YOUR CHOREOGRAPHY?

What inspires me the most is the music itself. Sometimes I’ll listen to a song for two days straight and find parts of the music that really move me a lot. I feel like you can tell a story and convey it to people, even if the message is just a happy vibe where you’re moving and flowing.
Other forms of art also impact my choreography, different styles of dance or drawings, and even just everyday life. Just seeing people moving and doing their ordinary things is also something that I find really inspiring.

WHAT IS YOUR FAVOURITE PART OF TEACHING?

The feeling of connecting with people. I love teaching because when we’re all in a class I feel that we’re all on the same frequency. Also, when someone gets a move and there’s this smile on their face when they finally get it, and then the whole class does it together. You feel such a powerful union.

ANY ADVICE FOR PEOPLE WANTING TO TRY OUT DANCEHALL?

Feel it! Allow yourself to feel the music and the happiness of the rhythm, and you are on the right path. It might look easy, but it takes technique and work to get the groove to your body, so patience is key. But the style is very natural to the human body – you just need to allow your body to move and to guide it in certain ways. You have to loosen up, be connected, be grounded.

You can catch Yara’s classes at Soul Motion Studio in Agouza, Central Studio in New Cairo and Adam’s Dance Studio in Sheikh Zayed.

Cairotronica: The Festival Exploring the Collision of Art and Technology