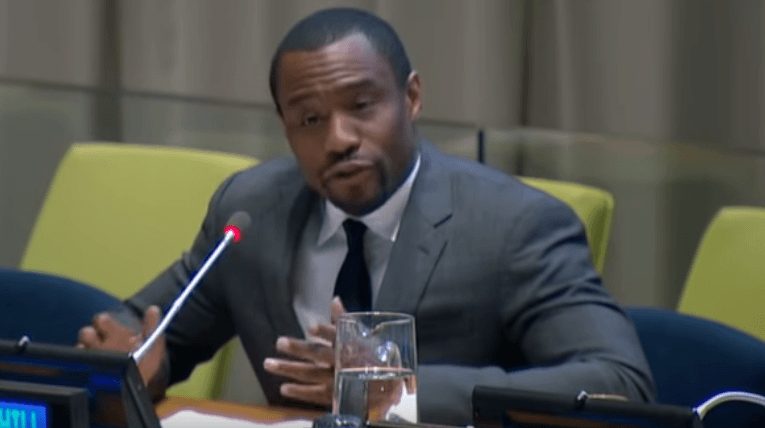 Many have focused specifically on my final remark, which said that justice required a “free Palestine, from the river to the sea.” Critics of this phrase have suggested that I was calling for violence against Jewish people. In all honesty, I was stunned, and saddened, that this was the response.

My use of “river to the sea” was an invocation of a long history of political actors – liberal and radical, Palestinian and Israeli – who have called for their particular vision of justice in the area from the Jordan River to the Mediterranean Sea. For many, justice will come from a two-state solution. For some, like me, justice will come through a single bi-national democratic state that encompasses Israel, the West Bank, and Gaza. I strongly believe that this is the best method to achieve peace, safety, security, and self-determination for both Israelis and Palestinians. Justice requires that everyone, not just a single side, is free and equal.

Throughout my speech, I spoke explicitly about the need for Israeli political reform, specifically as it pertains to Arab citizens of Israel. I also called for a redrawing of borders to the pre-1967 lines, as well as a greater attention to human rights for those living in the West Bank and Gaza. At the time, I believed that these demands made in the speech sufficiently reflected my belief in radical change within Israel, not a desire for its destruction.

Since then, his justification for palestinian terrorism has been undeniable.

Recently in a Zoom session, he let down his guard and stated “Black Lives Matter, very explicitly, is talking about the dismantling of the Zionist project.”

Tellingly, I have not seen any statement from Black Lives Matter denying his claim.

Zionism is simply the Jewish nationalist movement that has had as its goal the creation and support of a Jewish national state in Palestine, the ancient homeland of the Jews. One can theoretically be a Zionist and support either a two-state solution or even a binational state (under certain conditions). By expressing his support for “the dismantling of the Zionist project”, Hill is making clear he supports Israel’s destruction. It is totally at odds with his apology claim that he supports a single bi-national democratic state encompassing Israel, the West Bank, and Gaza.

Meanwhile, Hill finally got himself a new television gig. And no surprises it is with Al Jazeera.

My good friend @marclamonthill has taken over hosting my old Al Jaz show @AJUpFront, and he’s done an excellent new interview with former Israeli ambassador to the United Nations @dannydanon on the ICC and war crimes investigations:https://t.co/kCQeXBGS2Apic.twitter.com/VDII8gzbWz

By the way, the interview itself is a train wreck for Danny Danon. He seems to have come totally unprepared.

A Small Country Open to the World: Interview with Chile’s Ambassador in Egypt