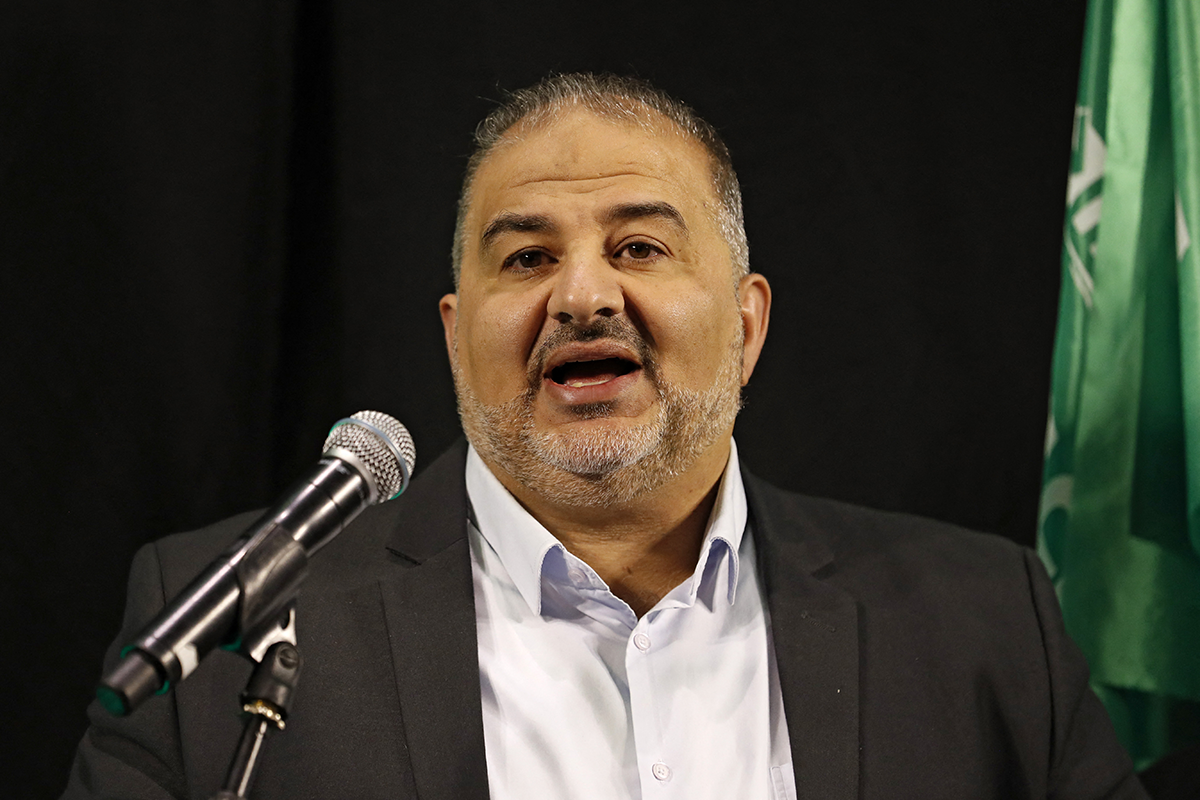 
At a press conference on Thursday, MK Mansour Abbas, head of the newly elected Islamist party in Israel, the United Arab List (Ra’am), made what many in the Israeli media dubbed a historic speech. In an effort to reach out to the Jewish Israeli public, he spoke in Hebrew and during the television prime time often given to Israeli politicians. Speaking surrounded by the party’s green flags, the conservative Islamist quoted verses from the Quran calling for the creation of “an opportunity for a shared life, in the holy and blessed land for the followers of the three religions and both peoples” and told his Hebrew-speaking audience that “Now is the time for change.”

At the end of January, Abbas split from the Joint List when the other Arab majority parties in the political alliance refused his ultimatums to vote against LGBTQ issues. The conservative Muslim party decided to run on its own in the March elections and won four seats, which put him in the position of a possible kingmaker. No Arab party has ever been part of a governing coalition in Israel, and the last time an Arab party supported a coalition was in 1990.

Despite the hype, however, Abbas declined to reveal who he will recommend to President Reuven Rivlin to form the next government. “I am not blinded by titles of kingmaker,” he said. “I don’t want to be part of a bloc on the right or left. I am my own bloc.”

Nevertheless, his pitch was clearly directed at the political right and Benjamin Netanyahu, who is generally distrusted by many Palestinian citizens of Israel for his bigoted remarks against Arabs, and for advancing discriminatory legislation such as the Jewish Nation-State Law. He said, “I, Mansour Abbas, a man of the Islamic Movement, am a proud Arab and Muslim, a citizen of the state of Israel, who heads the leading, biggest political movement in Arab society” — a backhanded reference to the poor showing by the other Arab parties. Signaling his desire to play an active role in a right-wing government, Abbas emphasized that “what we have in common is greater than what divides us.” For the socially conservative right wing in Israel, Abbas represents a similar mindset, particularly in his religiously-based opposition to gay rights. Some have claimed that Islamists in general preferred Netanyahu to the anti-Netanyahu bloc.

In an unprecedented move, a top ultra-Orthodox rabbi Chaim Kanievsky has approved a potential government with Abbas’s Ra’am Party. When asked whether the right wing can join forces with Arab parties in a coalition, Kanievsky responded in the affirmative. Noting that the ultra-Orthodox and Arab communities are alike in many ways, Kanievsky went so far as to say that it was better to partner with Arab lawmakers than left-wing MKs.

For their part, the left is also courting Abbas. The head of the Labor Party, Merav Michaeli, called on him to join forces with the anti-Netanyahu Knesset bloc to form a government. “We needed a pandemic and a political meltdown so that after 28 years of incitement by Netanyahu and the right, it will become clear that the Arab public is part of Israeli society,” she said in a statement, adding that Abbas should “come with us so that together, we will be able to change reality.”

Abbas’s speech, in which he spoke about peace and security, partnership, humanity, and tolerance, won applause from both the left and right of the political spectrum, even as his party’s regressive views and opposition to gay rights were overlooked. Meanwhile, the speech made no reference to Palestine, the Palestinians, the occupation, or discriminatory laws targeting Arab citizens such as the new Kamenitz law or the Jewish Nation-State Law. Only a few months ago Abbas had tweeted, “True peace starts with ending the Occupation and creating a Palestinian state in the WB/Gaza whose capital is Al-Quds [Jerusalem]. … Otherwise we’ll have Apartheid that’ll turn into a struggle for a democratic state for both peoples.”

His message of equality, brotherhood, and partnership with Israelis has long been advocated by Ayman Odeh’s Joint List and previous leaders from the Arab communist party, but was usually met with hate and incitement by different right-wing parties, the media, and the broader Israeli population. What makes Abbas different from other Palestinian-Arab politicians in Israel is his apparent willingness to abandon his Palestinian identity, the Palestinian cause, and his reluctance to challenge the Zionist project in order to win over the Israeli right wing and Israeli public in general and play the role of the “good Arab,” a term used in Israeli discourse to describe the ideal Arab citizen who is loyal and obedient.

While Abbas’s speech was easy on the ears of Israelis, reactions in the Palestinian-Arab community were divided. His supporters hailed it as a pragmatic and sophisticated way to gain political advantage, but his opponents expressed considerable disappointment toward what they perceived as Abbas’s submissive posture and betrayal of their national aspirations and sentiments. There is no doubt that there has been a major shift in Palestinian internal politics in Israel driven by the recent normalization agreements with Arab states in the Gulf and North Africa. While some, such as Abbas and his supporters, see the Palestinian cause as having been sold out by Arab countries and thus it is now time to move on and integrate into Israeli society, others are not yet willing to give up on Palestinian aspirations for freedom and self-determination. In the end, regardless of who Abbas recommends, one thing is for sure: there is no going back to disregarding the power of Arab voters to determine Israel’s future government.

Dr. Carol Daniel Kasbari is a social scientist with 20+ years of experience designing and leading programs in the field of conflict mitigation, peacebuilding, advocacy, and nonviolent resistance in very complex international environments focusing on the MENA region and Europe. She is a Non-resident Scholar with MEI’s Program on Palestine and Palestinian-Israeli Affairs and teaches as an adjunct professor at the School for Conflict Analysis and Resolution (Carter School) at George Mason University in Virginia. The views expressed in this piece are her own.

Slate Inciting Against Jews With Antisemitic Article…Written by a Jew

Slate magazine is a “progressive” online magazine with a generally liberal...
Read more