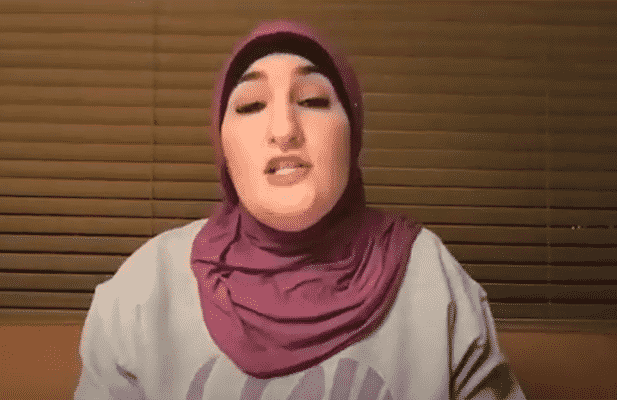 
Yesterday I posted how Linda Sarsour spoke about her book to the class of her friend, the rabid antisemite and terror supporter Hatem Bazian.

It turns out this is not the first time she has spoken for Hatem during the past couple of weeks. She did so also a few weeks ago for a webinar titled
Islamophobia: A Global Challenge.

Sarsour’s comments during her six or so minutes of gum-flapping are very revealing.

She speaks of her great admiration for her friend Hatem and his work, which articulates “the intersections of anti-Black racism, xenophobia, anti-palestinian and Islamophobia.” Notice what’s missing (despite the substantial rise in hate crimes against Jews in the US).

She also refers to the same groups of people behind anti-Black racism and xenophobia being also those who think palestinians don’t exist. I believe here she has “Zionists” in mind, since many do not acknowledge that a distinct palestinian Arab nation ever existed.

Besides this, she also blames on Islamophobia US foreign policy during the past four decades – including recent US strikes on Iranian-backed terror groups in Syria – instead of the war on terror and against murderous despots like the Assad regime that it is.

At the end, she describes how important it is that “Palestine” is now so central to the movement.

As usual, I’ve distilled the relevant parts to save you the pain of watching the entire thing.

It is ironic how Sarsour and company accuse Israel-supporters of using antisemitism as a tool, where they are doing exactly that with Islamophobia.