Libel: Israel Did Not Send Police to Scene of Deadly Palestinian Dispute 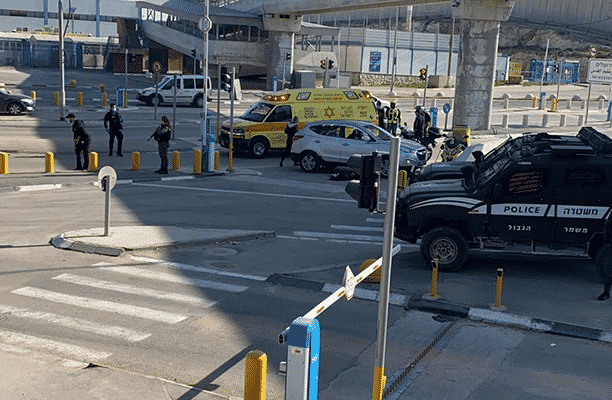 
The Times of Israel reports on a deadly intra-family shootout in a palestinian Arab neighborhood of Jerusalem:

Israel officially bans the Palestinian Authority from operating inside the Jerusalem boundary and regularly cracks down on its activities in the capital. Saturday’s scenes, therefore, were highly unusual, with dozens of officers of the Palestinian security forces entering Kafr Aqab in armored jeeps before fanning out along the neighborhood’s main thoroughfare.

“Israeli authorities initially refused to allow us in. After the third death [in Kafr Aqab], however, they decided to let us enter,” a spokesperson for the Palestinian Authority police said in a phone call.

In coordination with Israel, Palestinian policemen enter Kufr Aqab, north of Jerusalem, where 3 men were killed in a family dispute. Parts of the village are located within Jerusalem Municipality boundaries. pic.twitter.com/WQWhgWbOMg

According to the Haaretz daily, the shooting deaths were part of a dispute between different branches of the al-Rajabi family.

You’d think this was an internal palestinian matter, and not something you could blame on Israel.

But you’d be underestimating the haters’ ability to find fault with us, no matter what.

Note the timestamp on his tweet. The below, which clearly shows footage and photos of an Israeli ambulance and Israeli police, was posted almost six hours before his tweet.

The question is why would he bother to make such easily refutable allegations?

I believe the answer is most people will accept them at face value, without doing the extra research. Because they want to believe Israel is the villain.

Syria's Constitutional Committee: The Devil in the Detail