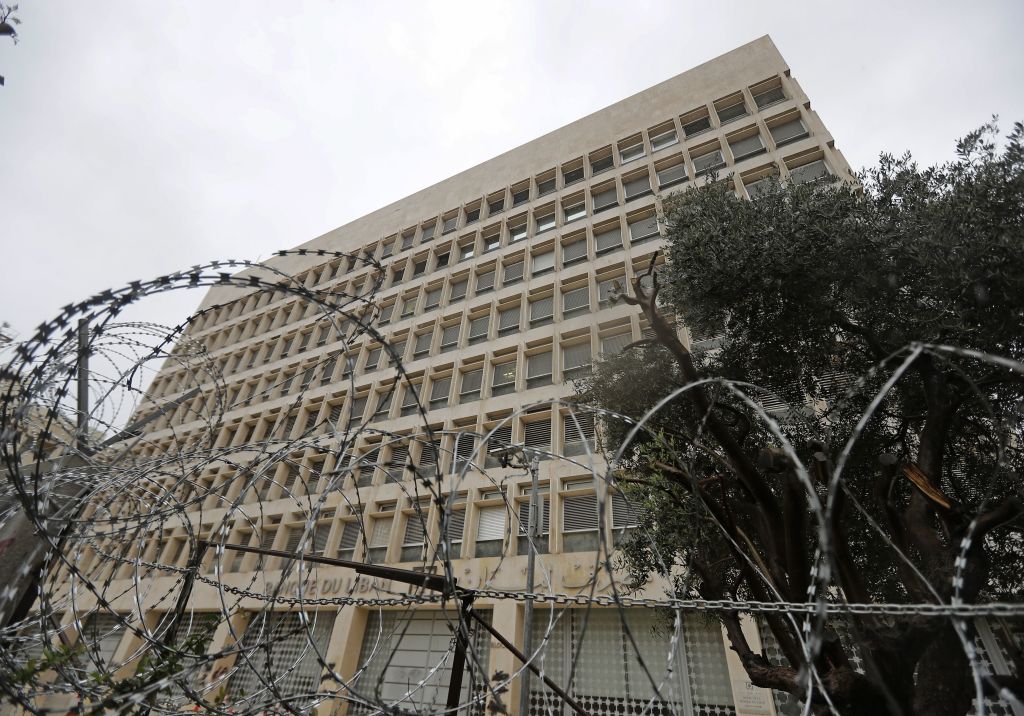 
Out of ill-will and incompetence, Lebanese decision-makers continue to violate macroeconomics’ most fundamental principles in their handling of Lebanon’s financial meltdown. Erroneous — or worse still, inexistent — fiscal and monetary policy choices are amplifying by the day the devastating socioeconomic repercussions that the country will face for years, if not decades, to come.

When the government released its draft reform program last April after defaulting on Lebanon’s sovereign debt, it envisioned a managed and gradual devaluation of an artificially pegged Lebanese pound (LBP). The peg had contributed to draining the central bank’s foreign currency reserves — and by extension, it turned out, depositors’ dollar-denominated savings — for years. The government’s plan at the time aimed for the exchange rate to adjust and then smoothly depreciate from 1,507 LBP/USD to 4,300 LBP/USD in 2024. It also proposed a way forward for restructuring both the debt and the financial system, implementing revenue-enhancing and expenditure-reducing structural reforms, and distributing the tens of billions of dollars in systemic losses.

But then nothing happened. Parliamentary and banking pressures derailed any serious attempts to constructively resolve the crisis. Ever since the default, ostrich policymaking — or as its name suggests, the practice of sticking one’s head in the sand and hoping the danger passes — continues to inhibit progress. Today, both citizens and residents alike, irrespective of religion, sect, or political affiliation, are paying a hefty price for this criminal inaction.

The situation in Lebanon is becoming tragic and increasingly irreversible. The Lebanese pound has plummeted to all-time lows, losing nearly 90% of its value. In fact, the current rate already exceeds the 2024 target that the government had set less than a year ago by more than threefold. Driven by merciless money printing, political manipulation, market panic, and the lack of access to foreign currency, the Lebanese pound’s freefall has no end in sight. In retaliation, the government has farcically attempted to curb the dive by increasing its crackdown on currency exchange shops.

M1 money supply, which consists of currency in circulation and LBP-denominated demand deposits, has more than quadrupled since the crisis began unfolding in the summer of 2019. In an attempt to monetize deficits, the central bank, Banque du Liban (BdL), has flooded the market with liquidity, rendering the currency increasingly worthless. Resulting inflationary pressures have multiplied food prices by a factor of five. Along the way, depositors have found themselves locked out of their savings accounts. With multiple parallel rates and the discrepancy between a central-bank-mandated fixed rate and the actual market rate, depositors are forced to face haircuts every time they withdraw money from banks.

On the ground, fights are breaking out at supermarkets and gas stations over ever scarcer basic supplies. Unable to keep up with skyrocketing imports costs and accurately price products and services, local businesses are shutting down. A nationwide blackout is looming in light of the state’s inability to secure the needed funds to import fuel and power electrical grids. In the meantime, more than half of the population now finds itself below the poverty line as unemployment soars and wages erode.

Finally, and perhaps more importantly than any of the above, Lebanon’s human capital — its youth, doctors, nurses, engineers, judges — is fleeing the country and eroding like never before. When the storm eventually passes, the decimated talent pool will prove to be the costliest and most detrimental casualty of the Lebanese model’s implosion.

As the ship sinks and the path to recovery grows longer and more painful, any remotely credible Lebanese government needs to immediately and decisively undertake a series of urgent and long-awaited reforms. The identity and nature of such a government warrant a separate conversation. As it stands, one of the most frustrating and demoralizing elements of the financial meltdown is that more than a year into it, the needed reforms are by no means a mystery. The normative path ahead is in fact clear for a last-ditch attempt to save the remnants of Lebanon’s economy and society.

At the heart of the collapse as both a culprit and a facilitator lies the Lebanese central bank. Understanding the bank’s accounts and activities therefore remains a priority. Throughout the crisis, its lack of transparency has been unprofessional at best and criminal at worst. Only a real forensic central bank audit — a necessity that the Lebanese political establishment has to date actively shied away from — can shed light on what’s truly behind the BdL’s closed doors and books. The persistent unwillingness to conduct such an audit continues to holistically implicate the ruling class. International observers should therefore only take a serious, conclusive, and actionable audit as a sign that things are truly beginning to change in Lebanese politics.

A second immediate priority consists of reforming the country’s subsidy system to shield the central bank’s rapidly depleting foreign currency reserves (effectively depositors’ savings) as much as possible. Notorious for their regressive nature, subsidies cost Lebanon more than 10% of its GDP. According to a recent LIFE paper, they also cannibalize sectors that are needed for the country’s economic transformation. A lot of uncertainty surrounds the BdL’s current reserve levels, but it seems that only $16 billion worth of foreign currency remain. Due to required reserve ratios (which could hypothetically be changed overnight), only $1-1.5 billion are currently usable to continue subsidizing fuel, medication, and basic food supplies. At the current rate, subsidies will only last through May or June and should therefore be carefully curtailed. In parallel, ensuring that robust social safety nets such as targeted and transparent cash transfers are in place is critical to shield the country’s most vulnerable. International partners’ recent decision to provide aid in U.S. dollars as opposed to disbursing it in LBP at a central bank-designated below-market rate is a good signal that such mechanisms can be upheld.

Furthermore, a serious and comprehensive banking sector restructuring exercise led by an independent and capable government with true agency needs to begin immediately. Only then can systemic losses be fairly and purposefully distributed, bad weeds filtered out of the system, and trust gradually regained. The crisis has so far been inflated away at the expense of everyday citizens. Over the past year, central banking circulars — Circular No.154 on liquidity and capital enhancements being the most famous of them — have been the equivalent of putting makeup on a corpse. The overhaul and cleansing of the Lebanese financial system therefore remain essential for any attempted reforms to be taken seriously.

Even then, the Lebanese financial meltdown will prove to be one of the largest and most destructive episodes of organized, nationwide theft and wealth transfer in history. Lebanon’s social fabric is being torn apart and entire communities are quickly realizing that life after the collapse will never be the same. But perhaps the most heart-breaking and infuriating piece is that the country’s socio-economic implosion is self-designed, self-produced, and self-inflicted. The people of Lebanon are growing increasingly aware of this fact — and furious about it. Whether and how this awareness and fury end up materializing remain to be seen.

Christophe Abi-Nassif is the director of the Middle East Institute’s Lebanon program. The views expressed in this piece are his own.

Why Do They Hate America(ns)?