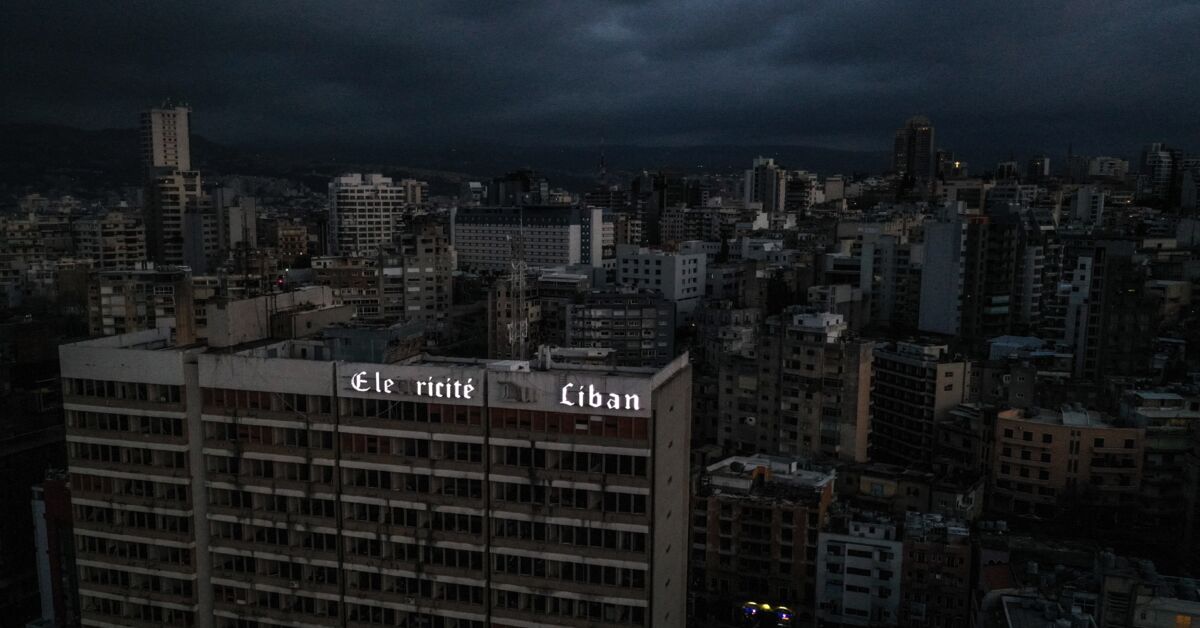 
Lebanon lost a significant amount of its electricity today after a Turkish provider ceased operations.

The Istanbul-based Karpowership turned off its generators in Lebanon on Friday. The company told the Lebanese government this was due to 18 months of not receiving payments, according to the state’s official media outlet.

“It would be impossible for any company to work in an environment such as this,” Karpowership said in a statement published by the National News Agency.

The generators are aboard two ships off the Lebanese coast. Karpowership turned off the electricity at around 8 a.m. local time. Lebanon’s state-run power company, Electrecite du Liban, said they are increasing capacity in some power plants to raise production, though this will not totally make up for the loss, according to National News Agency. The Turkish company provides Lebanon with about one-quarter of its electrical supply.

Lebanon has longstanding power shortages. The country is without power several hours a day as the government cuts power to areas on a rotating schedule due to a lack of sufficient electricity. There are additional, unscheduled power cuts as well throughout the country, particularly in the hot and humid summer months. Many Lebanese use generators to receive round-the-clock power as a result.

The situation has been compounded by the ongoing economic crisis in Lebanon as well as the Beirut port explosion last August. Lebanon has had a caretaker government since a resignation en masse following the explosion, and the monthslong delay in forming a new Cabinet has delayed potential foreign assistance.

Algeria: Minister tells people to leave if they disagree with constitutional amendments