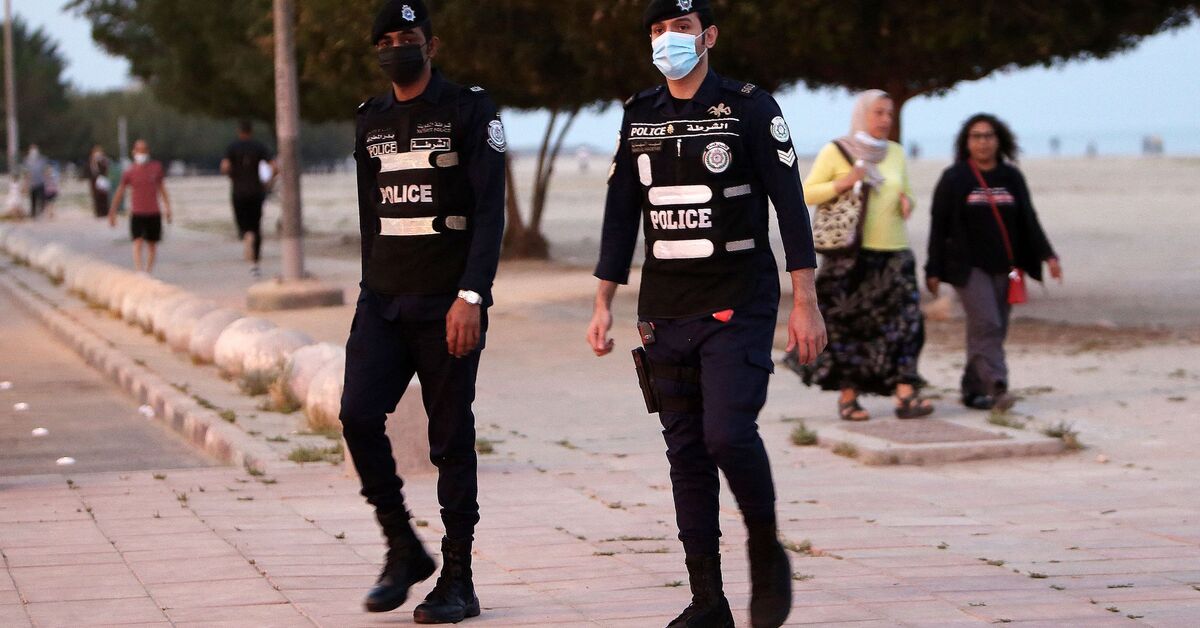 
A Kuwaiti administrative court has rejected a request submitted by lawyers to lift the current nationwide curfew imposed by the government on March 7 and that will run until April 8 in the hope of containing coronavirus cases. This is not the first time Kuwait has imposed closures, having instated a national lockdown on May 10, 2020, until the end of the month. On March 23, the Kuwaiti Ministry of Health announced 1,330 news COVID-19 infections and seven deaths, raising the total infections and death toll since the outbreak of the pandemic to 220,455 and 1,233, respectively.

The court said that national administrative bodies have the right to make such decisions for public safety, though it did call on these bodies to take into account psychological and economic considerations. The court asked the authorities to review all measures related to COVID-19 in the interest of public safety.

The move angered many people, mainly entrepreneurs and workers who get daily wages, as working hours start at 5 a.m. and end at 6 p.m. These laborers often work later hours than the curfew allows and some projects have had to be halted for this reason.

Furniture shop owner El-Sayed el-Baz complained about the recession caused by the restrictions.

“I open the shop just to pay the rent and salaries of workers. I have been extremely affected by COVID-19 and its measures. … Although the curfew was imposed to prevent social gatherings, some people don’t abide by the procedures and gather with their relatives at home,” he told Al-Monitor.

“The solution is to limit or lift the curfew and enforce precautionary measures like social distancing, wearing face masks and using hand sanitizer,” he stated.

“All of us are afraid of being infected with the coronavirus, but at the same time the curfew is extremely annoying and frustrating to people amid the suspension of study at schools,” Ahmed Ibrahim, a teacher at a private school, told Al-Monitor.

“A number of employees had to take unpaid leave as their employers told them they couldn’t pay them. The school’s owners claimed that they sustained losses when they reduced fees by 25%,” he noted.

“The last year’s lockdown was extremely depressing and devastating to our psychology and people are afraid of re-imposing it,” he said.

“I used to deliver many orders after 5 p.m. when people finish work and come home. Now how can I work during the curfew?” he commented to Al-Monitor.

“I hope that the government will shorten the curfew period to five or six hours to help people meet their financial obligations, with adherence to precautionary measures,” he said.

Kuwaiti economic researcher Adel Al-Faheed said many business owners and investors had to halt work on their projects until the end of the curfew or perhaps even after the end of Ramadan on May 13.

The halt in construction will impact many jobs in this sector, which depends heavily on daily laborers.

Seeking to alleviate businesses’ burdens, the Kuwaiti government has endorsed a draft law backing local bank loans to clients who have been affected by the coronavirus measures and referred it to the National Assembly for discussion.

The government allocated about three billion Kuwaiti dinars (about $9.9 billion), to small and medium-sized enterprises, with a two-year grace period and favorable terms, but parliamentary amendments are expected to reduce this sum to 500 million.

Kuwaiti economist Waleed al-Saif agrees with the government’s steps to control the pandemic.

“The protection of humans should top all priorities. … Health is of the utmost importance,” Saif told Al-Monitor.

He noted that while the government’s actions come at a cost amid a budget deficit of 12 billion dinars ($2.5 billion), the economic shortfall “can be made up for as soon as life returns to normalcy after the eradication of the coronavirus.”

Rising oil prices as well as a diversifying national income will also contribute to solving economic issues, he said. Oil makes up more than 90% of Kuwait’s total export revenues.

“We have habits and traditions in Kuwait. People are holding gatherings and exchanging visits. This is part of our culture, so such practices must be halted to put an end to this pandemic and help people resume normal life. People should endure these measures and be patient, Saif said.

“We need healthy and aware people. Any material loss can be compensated [but not] the lives of people,” he said. “Kuwait has economic and commercial relations with several countries all over the world. If those states are affected by the pandemic, Kuwait also will be affected.”

Last year, tens of thousands of foreign workers had to leave the country after their living conditions deteriorated as a result of the pandemic and lockdown measures. The continued suspension of flights has caused some financial losses to several sectors such as aviation and tourism.