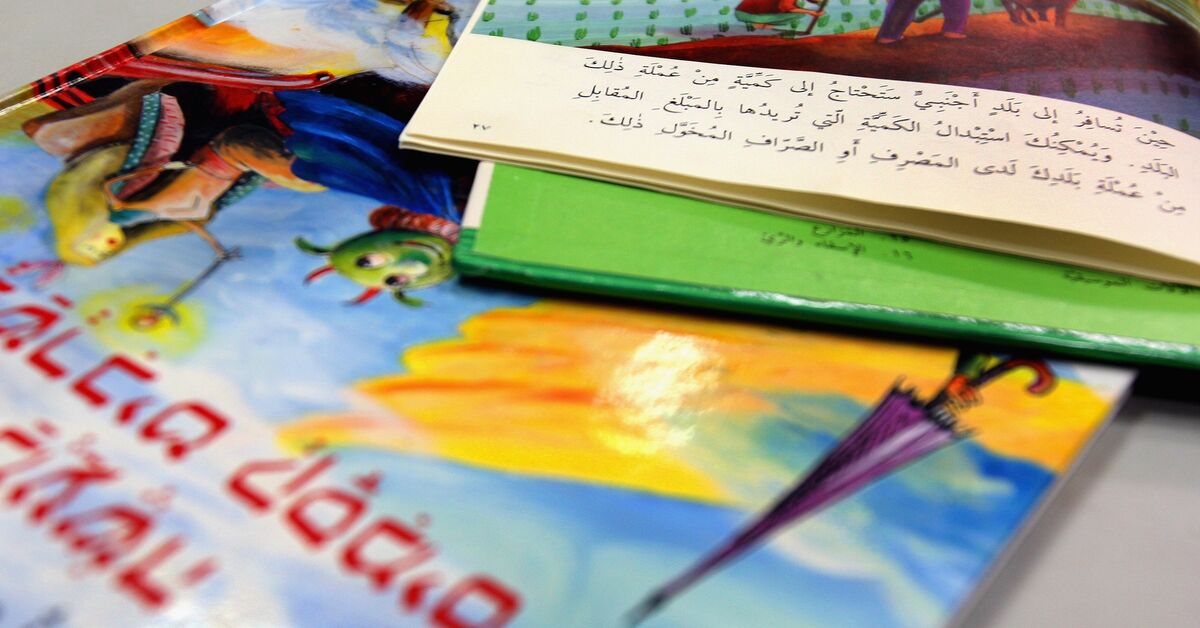 
As violence and hatred escalate between Palestinians and Israelis, especially in Jerusalem, many Israelis and Palestinians have come to realize that coexistence and reconciliation are the optimal solution to achieve peace and tranquility for the next generation, and that education is the cornerstone to a secure future.

Binational schools that teach Arab and Jewish students side by side in Jerusalem and Israel have put the political conflict aside and are working on building a better future for Arab and Jewish children.

The Hand in Hand bilingual school promotes peace and coexistence between Arabs and Jews to build a better future for the next generations. It was first established in 1997 in the Katamon area between East and West Jerusalem.

Both Arab and Jewish staff work at the school, which welcomes Arab, Jewish and Christian students from kindergarten until secondary school. It enjoys the support of British, German and American institutions and partnerships, including the New Israel Fund.

The school is home to around 1,350 Muslim, Christian and Jewish students who all receive bilingual and multicultural education as part of basic instruction under the supervision of a bicultural administrative and teaching staff. The directors, assistants and teachers are also a mixture of Arabs and Jews.

The school has around 60% Arab students and 40% Jewish students, and the majority of students are residents of the city of Jerusalem. The heavy enrollment by Arabs reflect a desire to learn Hebrew, complete their university studies in Israeli universities and engage in the Israeli job market in the absence of sufficient job opportunities in the Palestinian territories.

As families realize the importance of peaceful coexistence in ensuring a better future for their children, the number of students enrolled in this school has increased. The students are from many cities of the West Bank and Israel. There is a plan to open five other branches in Israel’s Arab cities of Haifa, Jaffa, Galilee and Kafr Saba.

Ayser Abu Assab, a 17-year-old student from Katamon, told Al-Monitor, “As Palestinians, we have been living with the Israelis for many years, and we need to coexist peacefully without violence, and we must deal with each other on a humanitarian basis despite the thorny political issues.”

He added, “This school is considered one of the best in Jerusalem and could resolve the problems between Jews and Arabs. When entering the school, we find expressions of justice, equality and other expressions of tolerance and peace hung on the walls.”

He said, “I aspire to complete my university studies in civil aviation, and this specialization does not exist in Palestinian universities. I enrolled in this school, engaged with Jewish students and learned Hebrew fluently to develop scientific skills and study the topics I want to, unencumbered [by language barriers].”

Diana Omri, a 13-year-old student from Beit Safafa, said, “When I go to school every morning, I feel a sense of safety and peace, and feel removed from the daily difficulties of life. I’m always happy to see my teachers, whether Palestinian or Jewish, and I laugh and have fun with with my friends. We exchange ideas without judgment and we speak in both Arabic and Hebrew.”

Omri told Al-Monitor that she is good friends with a Jewish classmate named Angela. Diana and Angela see the conflict as between governments, not people, and reject the idea of ​​violence. Diana is open to being friends with any classmate as long as they are kind to her.

Omri is afraid of seeing her Jewish friends join the Israeli army in the future, as Israel has mandatory conscription. She wonders, “I don’t know how my relationship with my friends will be in the future. Will the principle of peaceful coexistence and love between us live on, or will this reality change things?”

Jawad Boulos, one of the founders of Hand in Hand School, told Al-Monitor, “The school constantly faces incitement by right-wing racist Israeli forces and groups and groups that reject ​​bilingual education. This idea was also met with skepticism from various Arab and Jewish communities in the early stages of the school’s establishment.”

He added, “Although the school is founded on the principle of fraternity and tolerance in all religions and nationalities, it has been targeted by extremist racist Jewish parties. The school faced repeated attacks and Jewish groups wrote slogans against Arabs on its walls and tried to set fire to several classrooms.”

Boulos continued, “The school faces challenges in how to deal with various annual events, including how to commemorate historical events such as the Nakba of the Palestinian people and the Independence Day of the State of Israel. Although the school’s focus in on humanitarian principles and not politics, it is unable to ignore such annual occasions, which students’ families consider important to celebrate and participate in.”