Israel-Hating Elbit Vandal is An Aristocrat 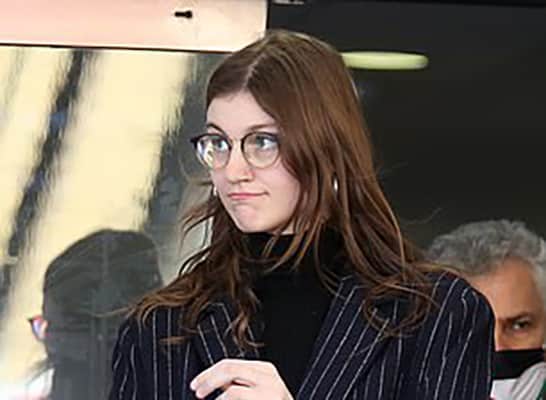 
They just don’t make anti-Israel “activists” like they used to.

An aristocrat who joined a gang of pro-Palestinian protestors to spray red paint at the door of an Israeli defence contractor’s office has appeared in court.

Doone Stormonth Darling, 26, is accused of attacking the outside of Elbit Systems’ central London headquarters on October 10 last year.

Stormonth Darling – and four others aged 25 to 56 – used paint-filled fire extinguishers to damage the buildings in protest at the presence of the defence company’s office at 77 Kingsway.

Stormonth Darling’s family live on a vast estate in Perthshire and she was featured in upper class magazine Tatler when she held her 21st birthday party there.

The estate was once occupied by Robin Stormonth Darling, a stockbroker and City regulator.

Stormonth Darling, Flora Thomas, 26, Joley Thomas, 29, Anthony Bardos, 56 and Jocelyn Cooney, 25, all face one count of criminal damage to ‘property and clothing’ valued under £5,000 and conspiracy to destroy or damage such property.

‘It has caused criminal damage to the building in question.’

You can see photos from her 21st birthday here. This is how the celebrations were described:

A large troop of uni students trekked up to the Perthshire highlands for Doone Stormonth Darling’s birthday party or rather a birthday weekend (the revelry lasted a whopping three days!) Unfortunately, the campsite set up for guests was a washout due to the heavy rain on Friday night, but this didn’t dampen anyone’s spirits. On Saturday, cocktail glugging led to some serious booty-shaking with an eager mover Tom de Ferranti cutting his foot on broken glass and sitting out for the rest of the evening. It was only when he woke up the following day that he noticed the wrong foot had been bandaged all along. What larks!

Sounds like all this birthday was missing was some trespassing and vandalism. And devil worship.

(yeah I know, it was probably a fancy dress party. At least I think it was)

Meanwhile, here is Stormonth Darling and two of her fellow nincompoop vandals pictured outside court. Can you guess which one is her?

Yup, she couldn’t even dress down to try to look the part. And of course, no mask, because she feels above the law, no doubt.

As far as I am concerned, when it comes to Israel-hating ‘activists’, if you have a shower at least once a week, you are doing it all wrong!