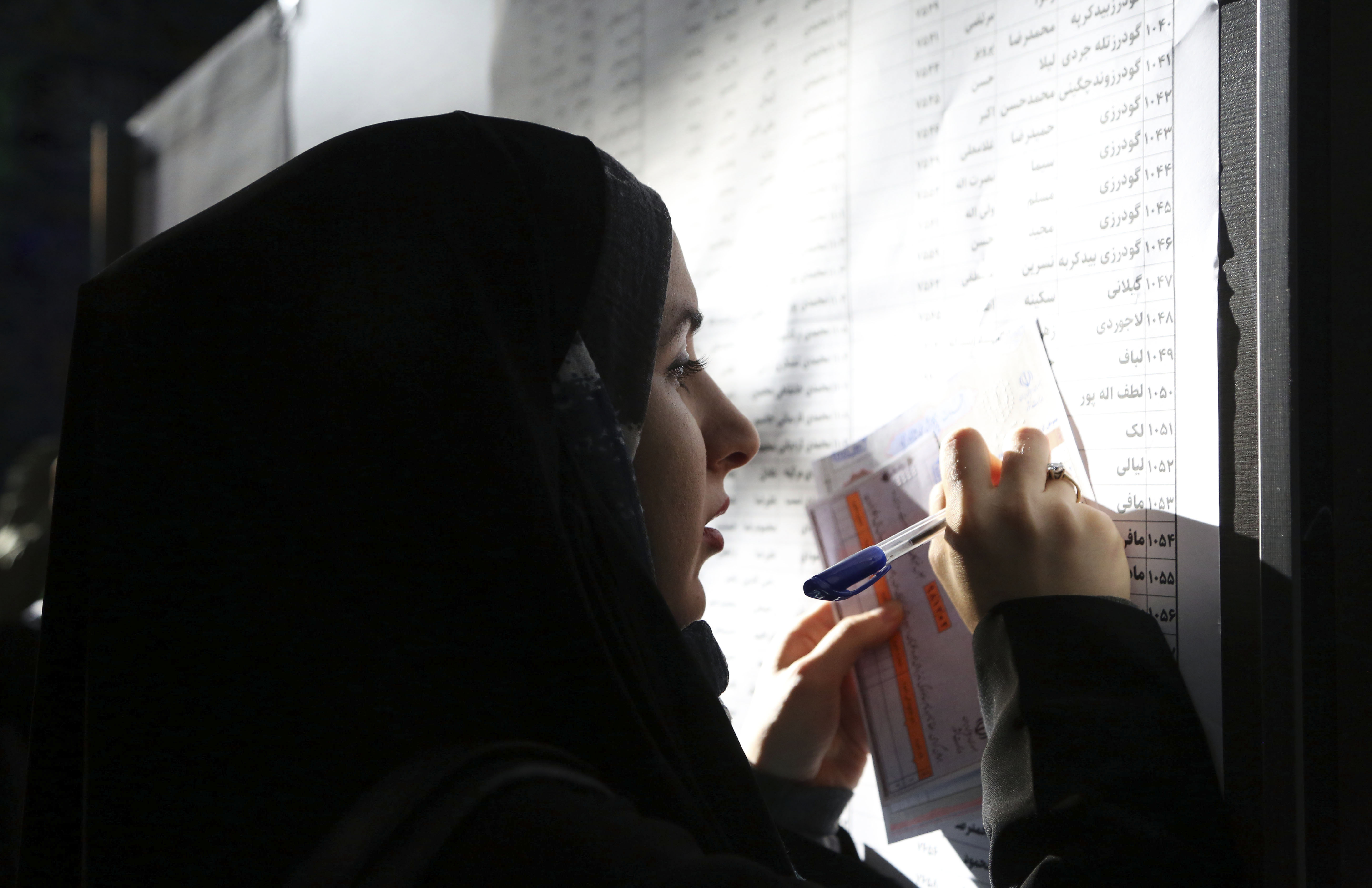 
The looming specter of another low turnout election

Iran’s presidential election is set to be held in less than two months in mid-June, but the dynamics in the country’s domestic politics have changed significantly compared to the last presidential election in 2017. In fact, since 1997 when the reformist Mohammad Khatami was elected president, so-called moderates and reformists have been playing a major role in encouraging Iranians to participate in elections. However, after the Rouhani administration broke its economic and social promises, moderates’ popularity has seen a severe decline over at least the past three years. This resulted in the lowest voter turnout since the 1979 revolution in the parliamentary elections of February 2020, when only about 40% of Iranians cast a vote.

Now, with the June presidential elections on the horizon, Tehran fears a repeat. In August 2020, Abdolreza Rahmani Fazli, minister of the interior, stated, “The voter turnout is our concern for the 2021 presidential election due to the last experience in the parliamentary election.” In fact, Iranian officials from all elite factions have routinely sought to make voter turnout a kind of legitimacy index for the Islamic Republic. In this regard, Ahmad Khatami, an influential cleric and member of the ultra-conservative Guardian Council, recently claimed, “Every vote cast at the ballot box is a re-election of the Islamic Republic of Iran.” As a result, as Mohammad Sadr, a reformist politician and member of Iran’s Expediency Discernment Council, warned, “If participation in the 2021 election turns out to be the same as in the recent parliamentary election, we will face a crisis of legitimacy.”

With many Iranians still reluctant to head to the polls in June, Tehran has started an online campaign to fight widespread popular disillusionment. As in past elections, in the run up to June the authorities have tried to create a semblance of open debate to encourage people to cast their votes. This time around, the Islamic Republic’s various political factions have invested in social media efforts in particular. Nowadays, as the Islamic Revolutionary Guard Corps (IRGC)-affiliated Fars News Agency has emphasized, social media will be increasingly important in influencing elections.

With nearly 60 million of Iran’s 85 million people , Iranian politicians are eager to spread their narrative through social media channels such as Telegram, Twitter, Facebook, Instagram, and more recently, the audio-discussion platform Clubhouse. While the first three are blocked by the state and can only be accessed via virtual private networks, Clubhouse, the most recent addition, has received a lot of attention among Iranians. The audio-only app hosts virtual rooms for live discussion and one of its key features is that it allows moderators to control who can enter and speak in the online rooms, which helps produce a rather controlled narrative. In fact, journalists and activists with close relationships to both moderates and hardliners have started most Clubhouse rooms, de facto promoting the presidential election.

A number of high-ranking current and former officials of the Islamic Republic, such as Mohammad Javad Zarif (the foreign minister), Ali Akbar Salehi (the head of the Atomic Energy Organization of Iran), Mohammad Javad Azari Jahromi (minister of information and communications technology), Rostam Ghasemi (the minister of petroleum from 2011–13 under the Ahmadinejad administration), Ali Motahari (a former MP), Hossein Dehghan (an IRGC general and presidential candidate), and Mostafa Tajzadeh (a potential reformist candidate) have all appeared on Clubhouse in the past few weeks to discuss issues, including the upcoming election. Most of these figures are potential presidential candidates who have used the opportunity to announce their electoral programs and promises for the next four years. In fact, while Iran’s official media doesn’t allow them to express their ideas on controversial matters such as the hijab and ties with the U.S., Clubhouse offers them this chance. Thus, the potential candidates can directly engage with Iranians on issues of concern to them and make promises — many of which, however, are impractical as they are beyond the power of a president in the Islamic Republic.

In any case, these politicians hope that their participation on Clubhouse will reverse many Iranians’ apathy and convince them to vote in the upcoming election. In this vein, Mohammad Mohajeri, a conservative political activist, said, “The appearance of political activists and potential candidates on Clubhouse and communicating with the people will lead to the reconciliation of Iranians with the election. It provides a way for debates on the elections to return to people’s life.” Mahmoud Mirlohi, a reformist political activist and deputy chief of the Rouhani campaign in 2017, said the emergence of Clubhouse is “a great opportunity and blessing” as the general electoral mood has so far been quite “icy.” While political activists from both factions have seen Clubhouse as a game-changer, according to ISPA, Iran’s best-known polling institute, 68% of Iranians recently said the upcoming election is not important to them and they are not interested in following news and coverage about it.

Clubhouse is not the only social media platform presidential candidates are using though; others have reached a larger audience on Twitter as well. For instance, Hossein Dehghan, an IRGC general who officially announced his decision to run for the presidency, invited some social media activists with many Twitter followers to discuss his plans for the country in the next four years. As there is considerable public skepticism about a general serving as president, Dehghan regards social media as a chance to build a different narrative of what people may think about a “military president.” Being very active on Twitter, he seeks to show open-mindedness on popular issues, such as obligation to wear a hijab and their prohibition from entering football stadiums. Dehghan has also sought to use other platforms to promote his ideas, he accepted an Instagram Live interview with a reformist activist who escaped from Iran after the 2009 Green Movement.

Saeid Mohammad is another IRGC general with ambitions of becoming the next president. His supporters are very active on Twitter, using two hashtags in Persian (#دولت_جوان_حزب_الهی# دولت_جوان_انقلابی) — #YoungHezbollahiGovernment and #YoungRevolutionaryGovernment. These mottos echo Supreme Leader Ali Khamenei’s calls last year for a young president with revolutionary credentials. ince the majority of Iran’s social media users are young, Mohammad’s supporters are constructing a narrative around the 40-year-old’s relative youthfulness compared to the other, older potential candidates. This generational divide has become the central driver behind Mohammad’s campaign, as over the last four decades the first generation of revolutionaries has assumed positions of power and monopolized them, refusing to provide similar opportunities for the younger generation of Islamic Republic devotees. His campaign narrative is centered on his dedication to “change the game,” while focusing the country’s resources on addressing pressing issues, such as the high unemployment rate.

Hassan Rouhani’s victory in the 2017 presidential election has been an example for the campaigns, prompting candidates to pay particular attention to social media for the 2021 election. At the time, Rouhani benefited significantly from online campaigns, while his rivals overlooked the influence of the internet across Iranian society. After a policy review, the hardliners decided to invest in social media as well, announcing the creation of “144 cyber battalions” tasked with influencing social media users. Simultaneously, the moderate establishment camp has seen a dramatic loss in its online support, which the hardliners interpret as a social shift in their favor.

Looking ahead to the June election, it is clear that the rival parties understand the importance of voter turnout for their popular legitimacy. They will, however, work together to avoid a politically costly repeat of the February 2020 parliamentary election, and for the time being they are likely to put their rivalries with one another on the back burner as they seek to drive up voter engagement and turnout, especially through the use of social media.

Amin Naeni is a project researcher at the University of Tehran’s Department of Regional Studies. The opinions expressed in this piece are their own.

How to Get a COVID-19 ‘QR Code’ Vaccination Certificate in Egypt Source: BBC Egypt’s Ministry of Health and Population announced on Saturday 31 July that...
Read more
Politics